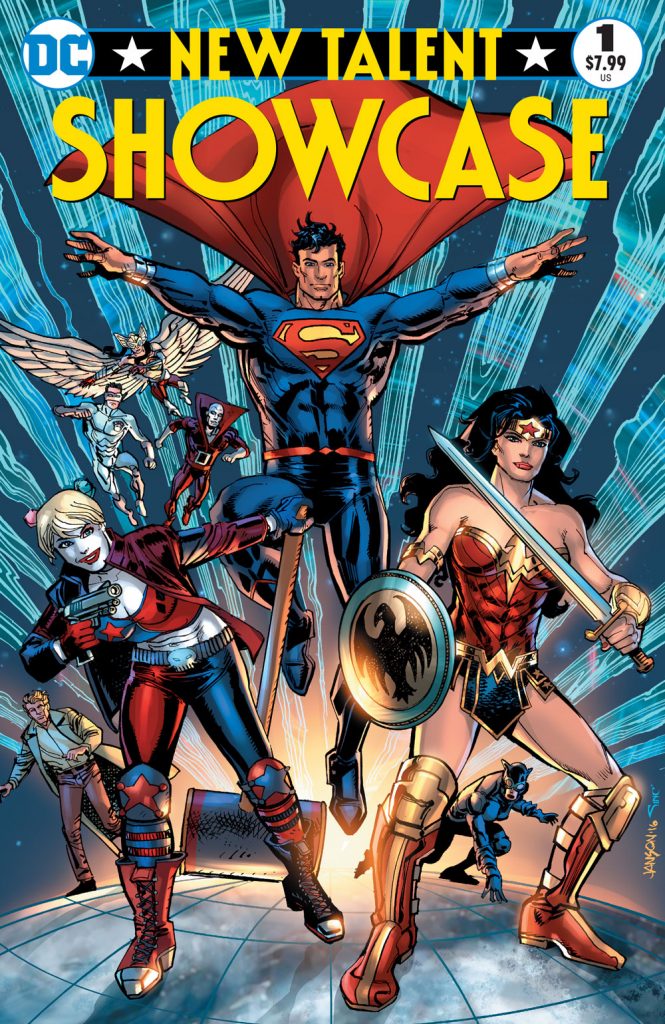 DC’s New Talent Showcase was an anthology series first published back in the mid-80’s wherein DC’s new talent would be showcased… pretty straightforward really. Since its end in 1985, no new issues have been published – until today! This mega-sized issue features nine new stories featuring characters from Deadman to Superman and everything in between. However. for this article, I will only be discussing three of these stories that have the most impact on the world of Batman, so let’s get to it!

In this short, Catwoman is seen being foiled in a burglary attempt by Wonder Woman, who states that she is there to hire Selina to steal back a box not too dissimilar to that of Pandora’s – a box that contains the powers of the gods that is being hunted down by Zeus himself. The writing starts off pretty solid and intriguing, but as the story progresses, it begins to fall a little flat, with the back half of the story feeling rushed. I understand that this is only meant to be a one-off story told over eight pages, but the writing shouldn’t suffer as much as it did here, however it still didn’t take away from the story too much. The art style from Jung is definitely something to behold and brings the short into the realm of something you would expect from a Catwoman or Wonder Woman series, which definitely impressed me. Overall, I enjoyed this creative team and hope to see some more refined work from them in the future.

“The Man in Black”

One thing to look for in a showcase like this is good characterization of classic characters, and McMillian – tasked with taking on Superman, Batman and Lois Lane – hits the nail right on the head. This story sees Superman fighting a large Joker robot in Metropolis before finding out a gassed-up Lois Lane is inside controlling it after being tasked to do so by the Joker. The story wraps up with Batman informing Superman that the Joker has been spotted in Kansas. The inner monologue – and outer dialogue – of Supes in this story is spot-on; it genuinely felt like an issue of a Superman series, and that’s not something just anyone can do. Complementing this fantastic writing is Juan Ferreyra with his art style that seems to capture every moment perfectly and really bring this story to life, especially when introducing the terrifyingly Joker-like Enrik Kol at the beginning. This creative team told a solid story in their eight-page venture that reminded me heavily of the work done by Geoff Johns and Jim Lee, and I would love to see a continuation of this story in the very near future. This definitely stands out to me as the best this issue has to offer.

Last up, we have a Harley Quinn story, which is something I knew was going to be included before I even opened the book. Harley Quinn has come into the spotlight a lot recently, with some calling her “DC’s Deadpool,” so the creative team that took her on was going to have their work laid out for them. Thankfully, this is a Harley story that delivers. Writer Joëlle Jones combines her fun and very New 52-inspired Harley with the wonderful artwork of Sam Lotfi in an eight-page story that puts Harley in a position of power, even if that power is leading a group of inmates on a rampage to break out of Arkham Asylum because she is bored. While what this is story is trying to achieve is clear, it felt a little bit clouded at times and perhaps (dare I say it) too simple for eight pages, and because of that, I found myself feeling like it took too long to resolve. Despite this though, I enjoyed the story and see a bright future in comics for this creative duo. 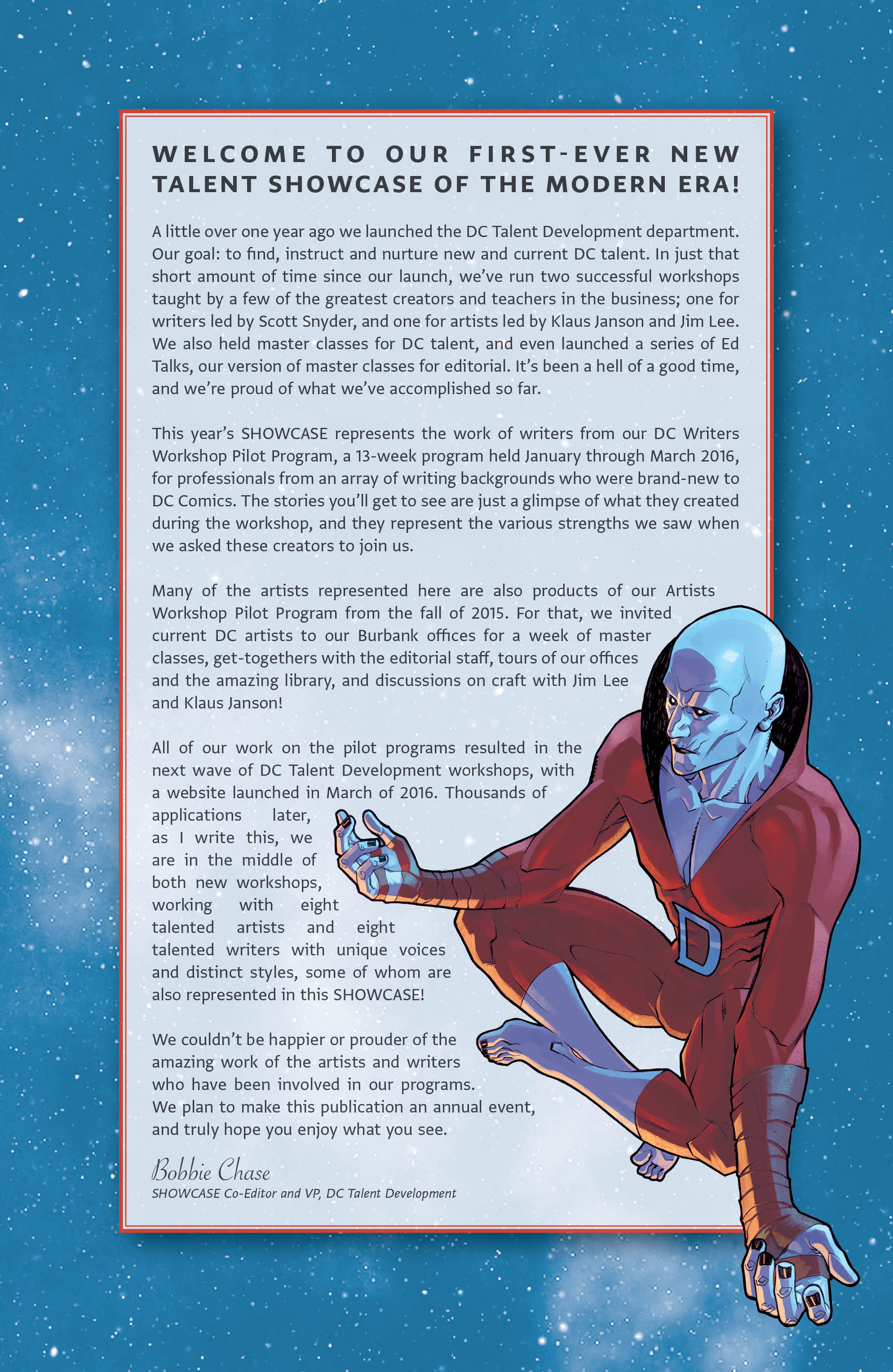 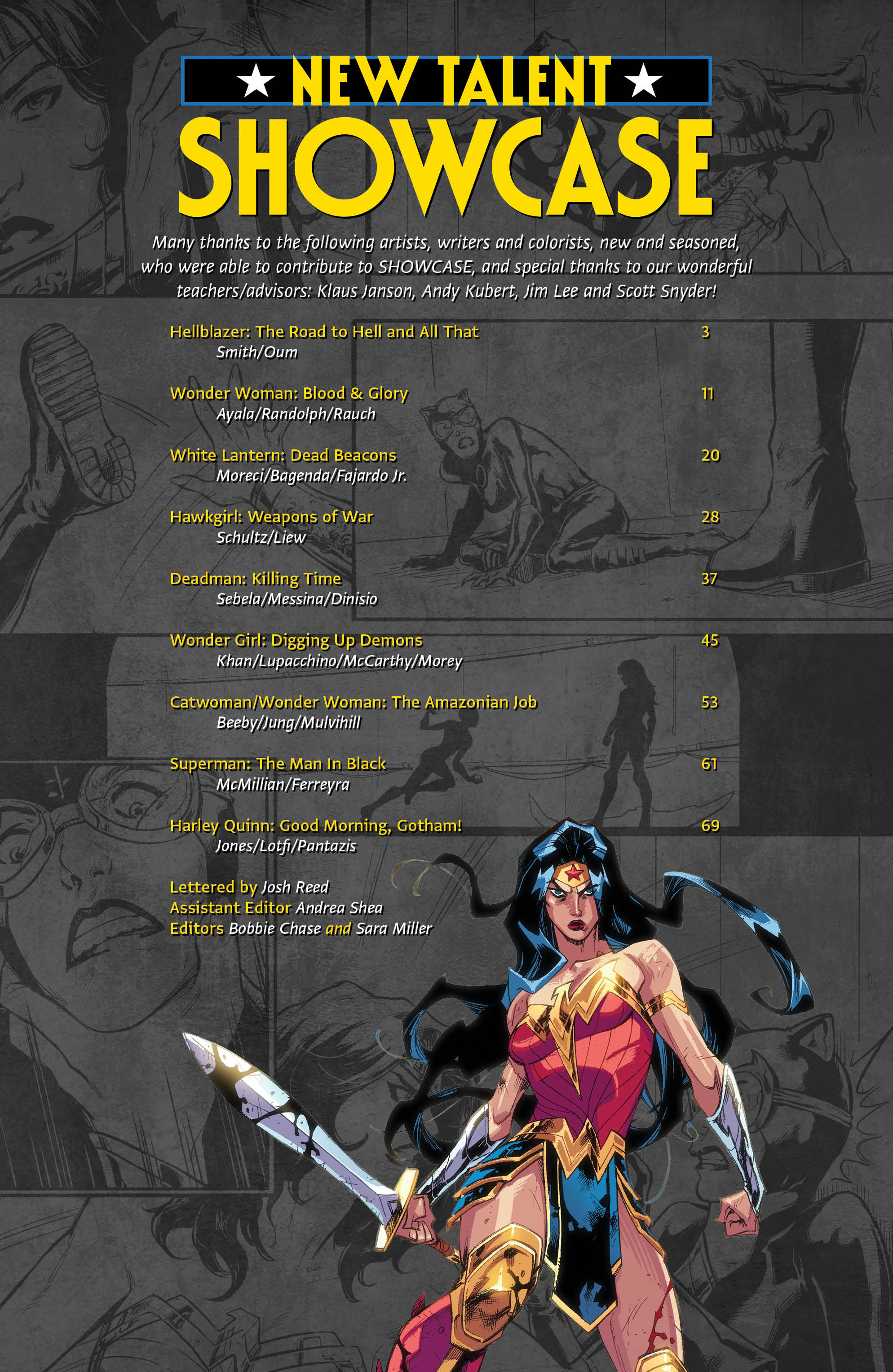 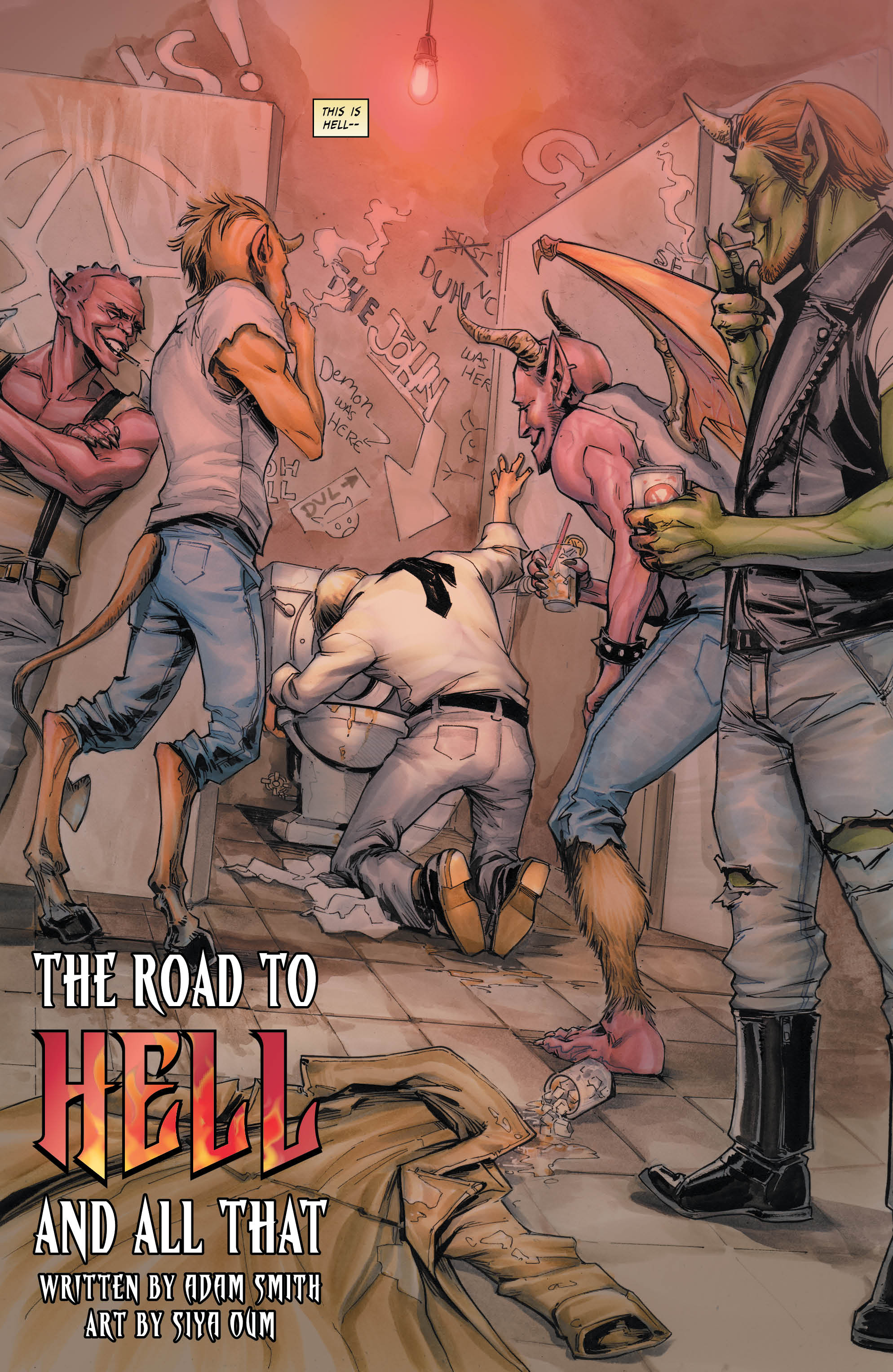 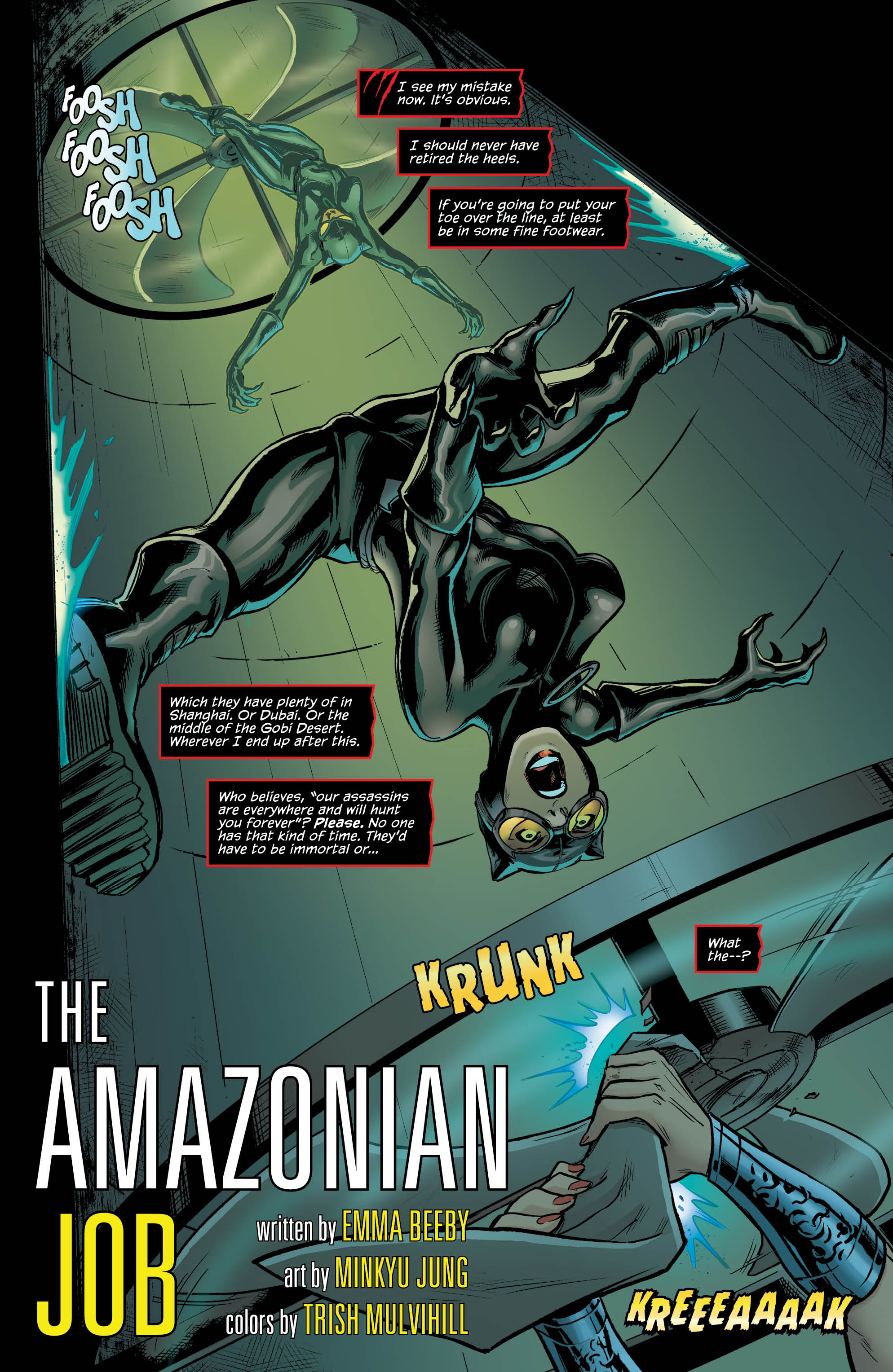 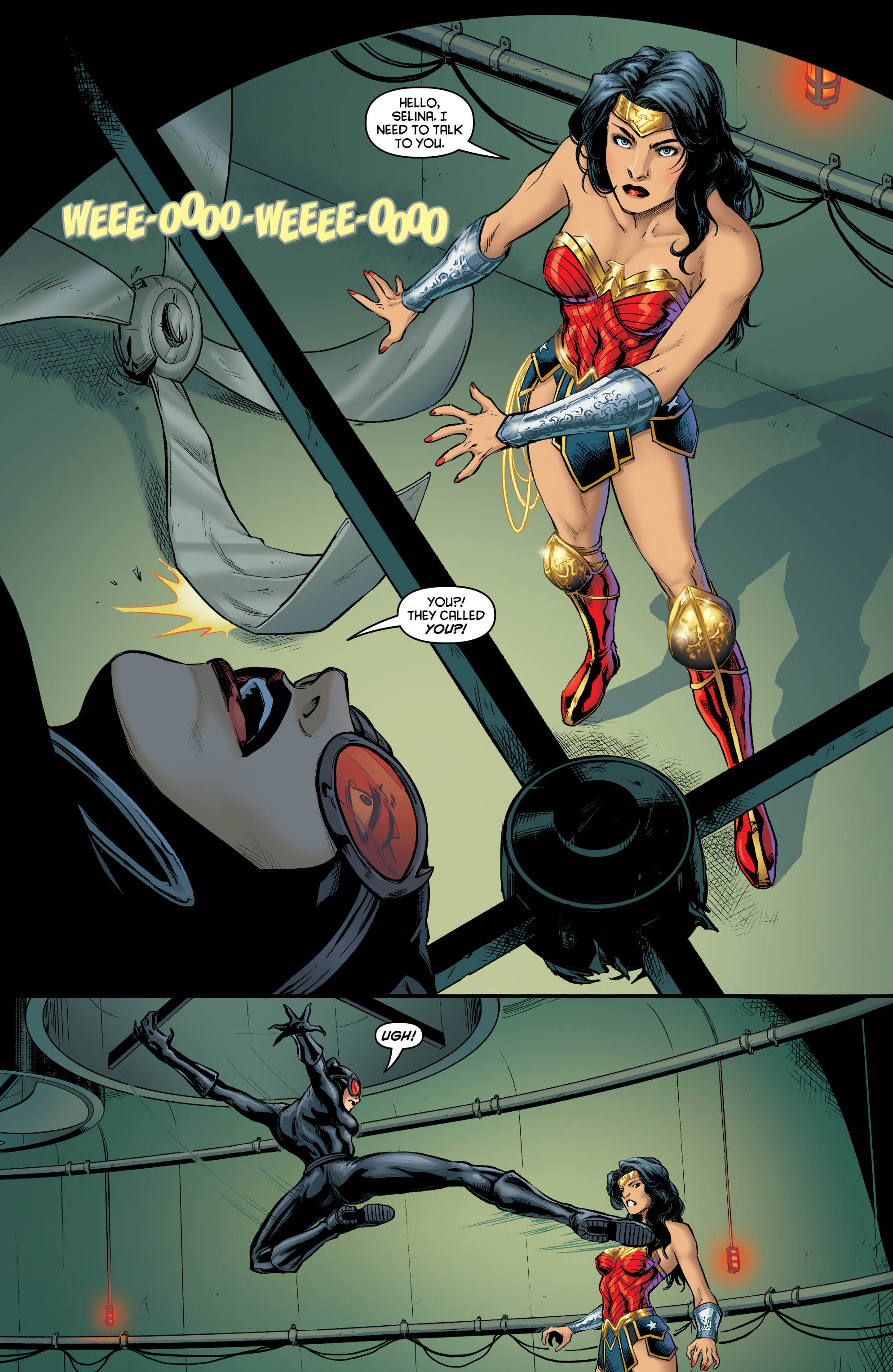 All in all, this was a strong issue featuring a mixed bag of stories that showcased a lot of new talent. If the future of comics is in the hands of these creatives, then we have a bright future to look forward to, indeed. I am hoping that DC might consider making more of these issues in the future, such was the way with the original anthology series back in the 80s, but I guess we will see as time goes on. This is definitely worth picking up; it provided me with an afternoon of delightful reading and I know it will do the same for you.