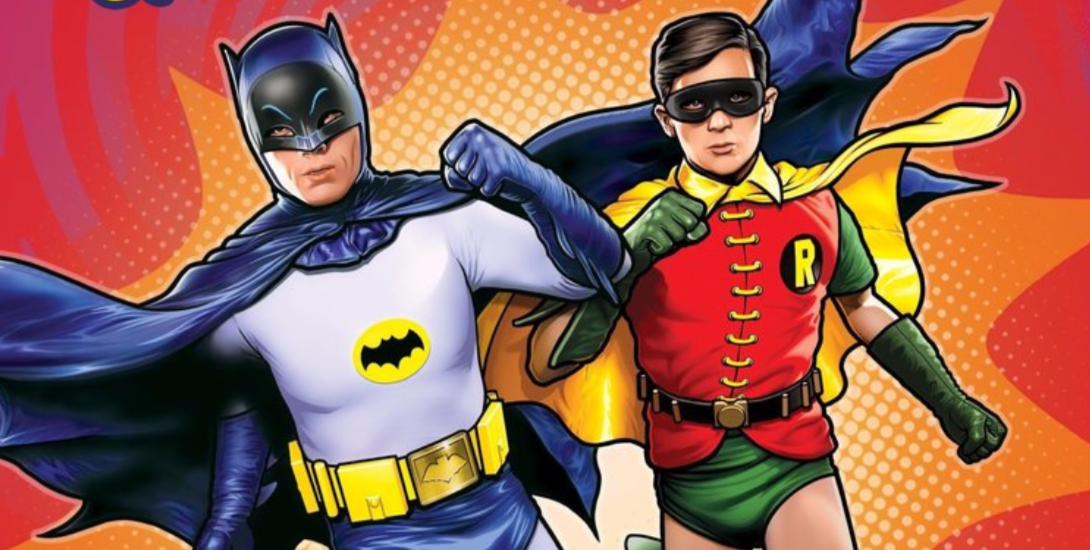 Batman: Return of the Caped Crusaders is a hilarious, over-the-top adventure that is sure to please fans of the 1966 Batman TV series.

B:RCC reunites original Batman actors Adam West, Burt Ward, and Julie Newmar in their respective roles as Batman, Robin, and Catwoman. While in the beginning, it is a little disconcerting hearing their older voices playing younger characters (especially 71-year-old Burt Ward voicing a 16-year-old Dick Grayson), you eventually become so engrossed in the movie that you forget that the actors are three times the age of their characters.

Also starring in the movie are Jeff Bergman as the Joker, William Salyers as the Penguin, and Wally Wingert as the Riddler. All three of the voice actors do admirable jobs getting the inflections and mannerisms of the late Cesar Romero, Burgess Meredith, and Frank Gorshin,. It is a real treat to hear them play the characters as if it were just another episode of the 1966 series. 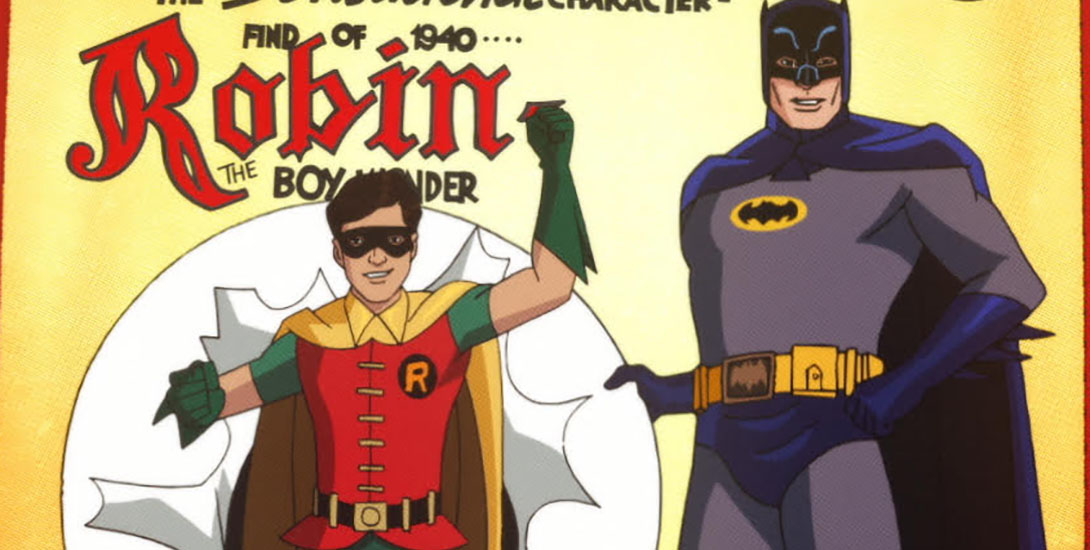 The plot of B:RCC is a pretty simple, but intriguing premise: what happens when Batman goes evil? For those who have never seen the original Batman series, Batman is a paragon of moral and virtue; a strait-lace who never breaks the law, including menial ones, like jaywalking. In other words: he is a real square. With that in mind, it is not only highly amusing seeing how the world’s most capable man handles being evil, but it is genuinely fascinating because he acts as a meta-commentary on how dark the modern interpretations of Batman have become.

There is a scene in Commissioner Gordon’s office where Batman, Robin, Commissioner Gordon, and Chief O’Hara are talking, when Batman leaves unseen, mid-sentence and everybody else is freaked out over that. Batman silently leaving Gordon is a typical trope that modern Batman fans are familiar with. But for West’s courteous and polite Batman, it is bizarre behavior.

The most meta moment in the movie is where they actually satirize Frank Miller’s ultra-violent Batman by having West quote direct lines from The Dark Knight Returns. Let me repeat that. Adam West quotes direct dialogue from The Dark Knight Returns. Mere words do not do justice on how hilarious and exciting that is. It is like that missing thing you have been searching for all of your life and now you are want more of it.

The craziest part of it is that it completely works in the context of the 60s Batman universe. The original show always acted as a satire to then-current comic books. B:RCC took the satire to the next logical level and poked fun at modern Batman comics and movies. There are Bat-jokes in B:RCC that reference everything from the comics, to Tim Burton’s Batman, and even Christopher Nolan’s Dark Knight trilogy. It is brilliant, hilarious, and surprisingly thought provoking.

Beyond teasing jabs at the comics and movies, the other reason why B:RCC works so well is because of its easter eggs and callbacks from the series. And they have SO many callbacks. Everything that one can think of from the 1966 series is in this movie: Batman and Robin climbing up the side of a building, insane deathtraps, Robin’s “Holy” exclamations, cameos from the original series villains, the onomatopoeia sound effects, references to multiple Catwomen, and many more. In fact, the only 1966 Batman convention that did not make it into B:RCC  was the bit of celebrities sticking their heads out of the window as Batman and Robin scale the building.

The only quibble (along with the already-mentioned voice acting issue) is that the endgame plan for the villains is very underwhelming. In fact, it borderlines on stupid. Given how B:RCC regularly made fun of typical comic book tropes, one can argue that the villains’ plan was another piece of satire. But after going through the movie with space missions, giant TV dinner deathtraps, and Dark Knight Returns quotes, this just smacks of unimaginative writing. It felt more like director Rick Morales was exhausted from coordinating all of the easter eggs and tried to wrap up the ending as quickly as possible.

Despite a weak climax, B:RCC is easily one of the best DC direct-to-video animated movies released because it has everything a 1966 Batman fan can ask for. And with a sequel starring William Shatner as Two-Face already in the works, Bat-fans have a lot to look forward to.

Put it there, old chum!

Batman: Return of the Caped Crusaders is now available for Digital HD download, Blu-Ray, and DVD.