‘Arkham Knight’ Nightwing Statue is a Thing of Beauty

Prime 1 Studios released images of their new Nightwing statue based off of his design in the popular Batman: Arkham Knight video game. And-hoo, boy – it is glorious.

The statue stands at a whopping 27 inches tall and is available for pre-order now for the “low” nominal fee of $929. With that kind of price tag, that might even make Bruce Wayne hesitate to buy it. Fortunately, with the holidays coming up, you can put it on your personal gift list for your friends and family to buy for you. The Nightwing statue is a perfect way of telling your loved ones that they value your relationship with them $929 (plus tax). Think of it as a litmus test of who really loves you. In the meantime, check out the gallery and solicitations released by Prime 1 Studios.

Prime 1 Studio is proud to present MMDC-12 Nightwing from the Batman: Arkham Knight. Raised by his parents in a circus, Dick Grayson was trained to be incredibly acrobatic. His parents were killed after criminals had failed to extort money from the circus. Dic was soon adopted by billionaire Bruce Wayne, who shared his secret identity and extensively trained the boy to become Batman’s sidekick, the first Robin. After he aided Batman for years, Dick eventually moved on and became a hero in his own right. As Nightwing, he worked with Batman as an ally. He was the main protagonist of the GCPD Lockdown DLC of Batman: Arkham Knight. 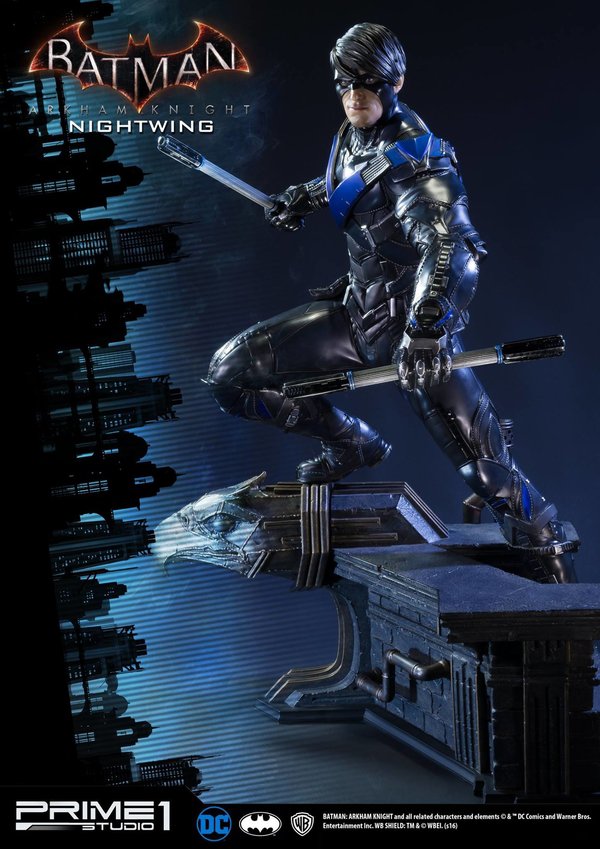 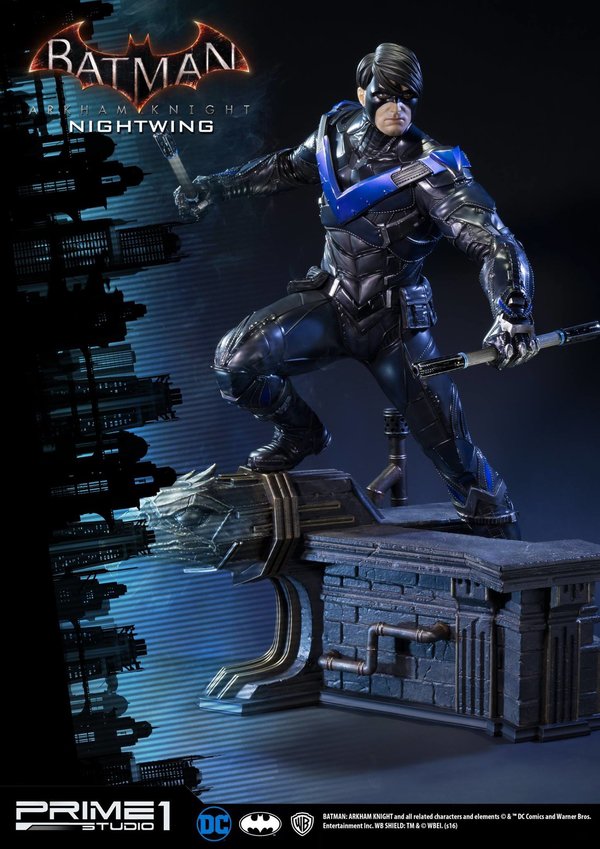 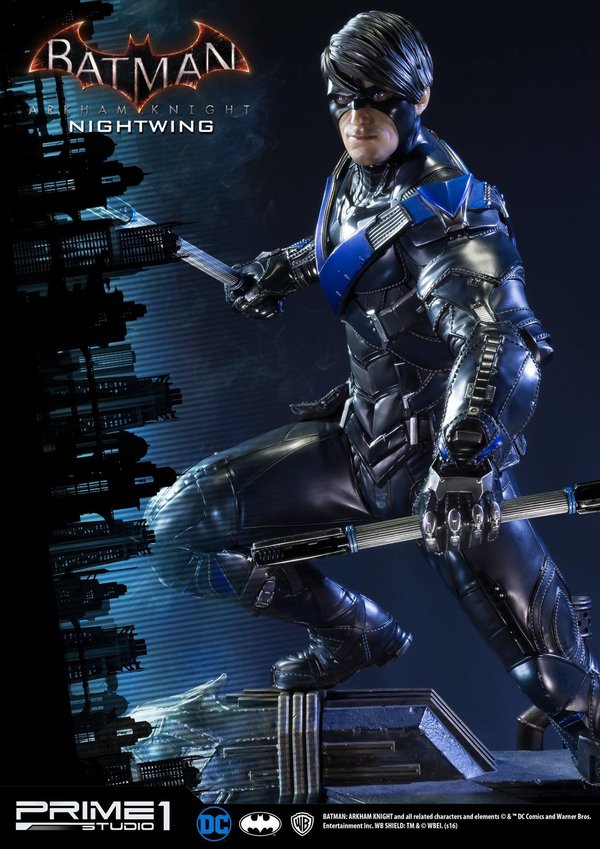 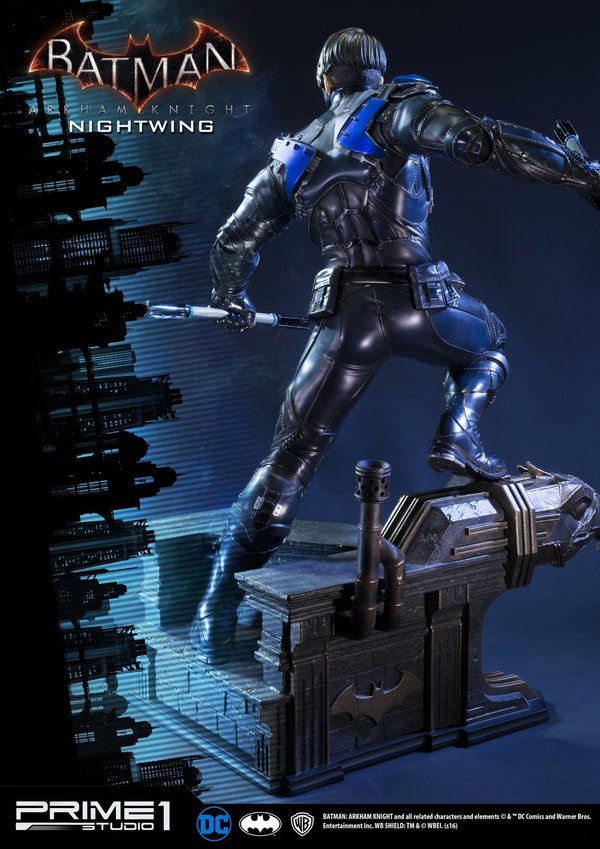 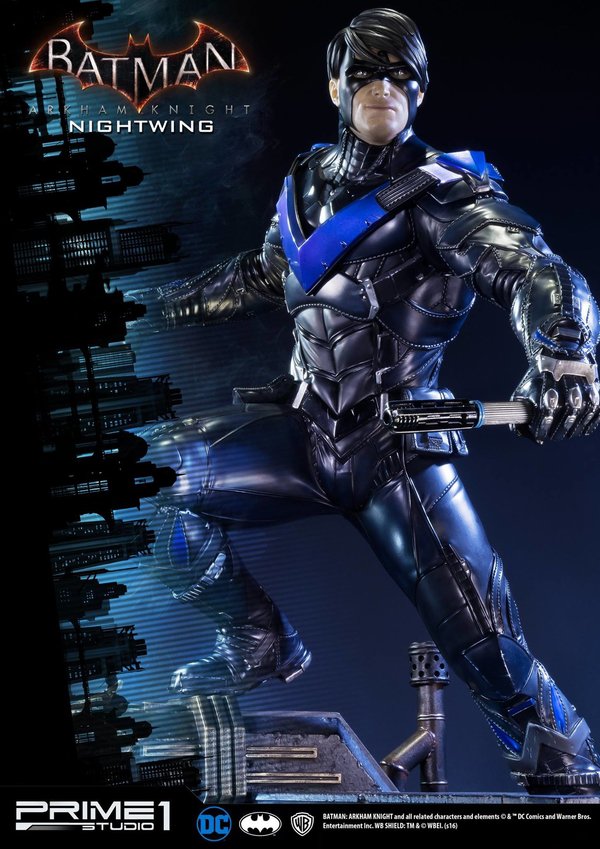 The collectible also comes with interchangeable heads with a smirk face, serious face, and an “exclusive” face-whatever that means. The statue will be released in Fall 2017.