As a giant is the creative arts, it makes sense that DC Entertainment would be looking toward recruiting and developing new and current DC talent. Last year, they started a talent development program for writers and artists taught by the industry’s brightest, such as Scott Snyder, Andy Kubert, Klaus Janson, and Jim Lee.

The freshest crop to come out of the 13-week program that ran during the first part of the year will now be featured in a new publication called New Talent Showcase #1. DC aims to have the title run yearly, each one featuring several different stories by the newest batch of their blossoming writers’ workshops.

Issue 1 of New Talent Showcase is expected to hit digital and physical shelves on November 30th.

Check out the first page of each story below, plus a little commentary by the new talent: 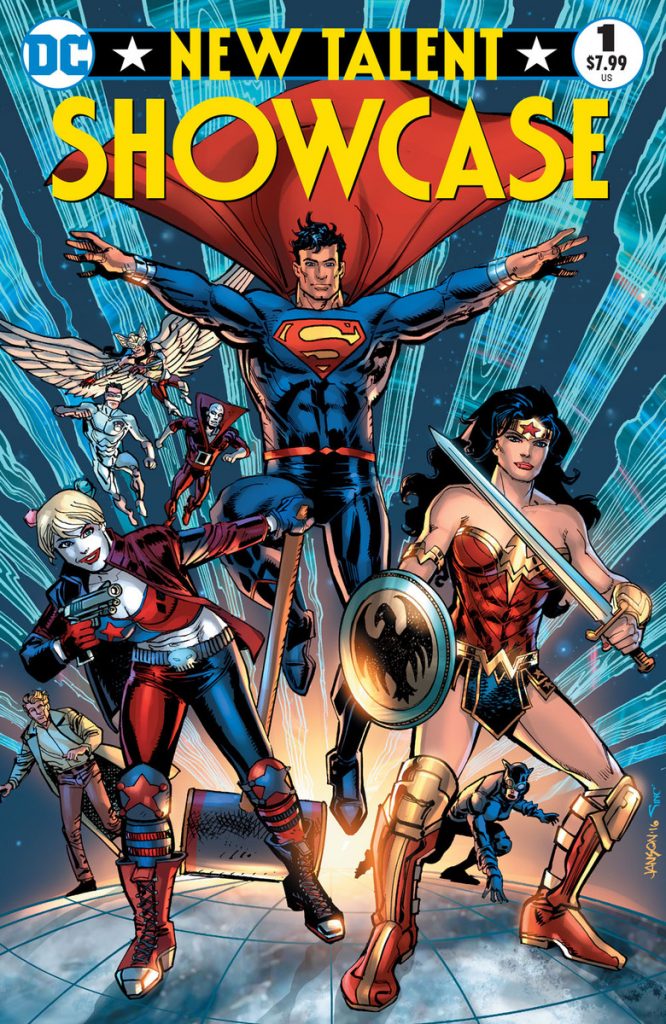 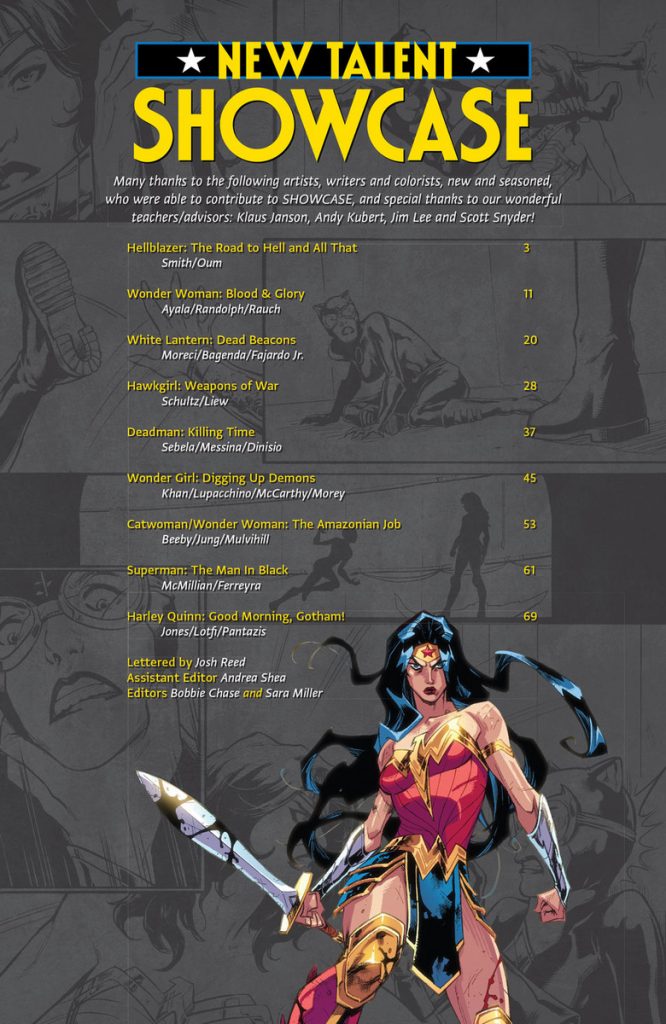 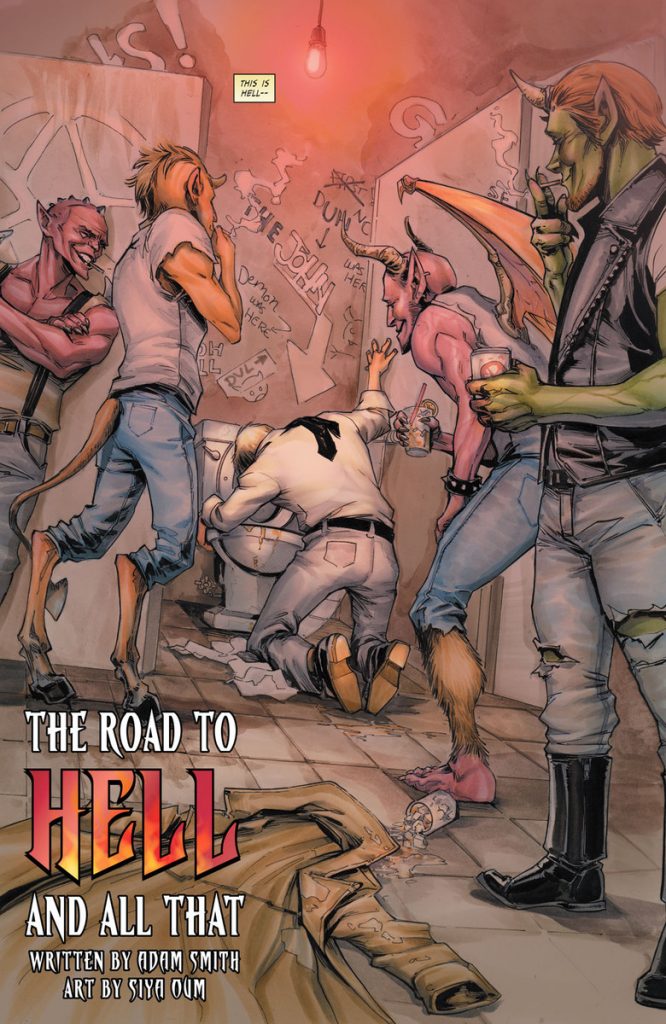 HELLBLAZER: THE ROAD TO HELL AND ALL THAT by Smith & Oum:

“Being a dude from the south writing a famously British character was pretty intimidating, and with Steve Dillon passing away I’ve been thinking a lot about how much Hellblazer meant to me as that right book at that right time in my life.”–Adam Smith 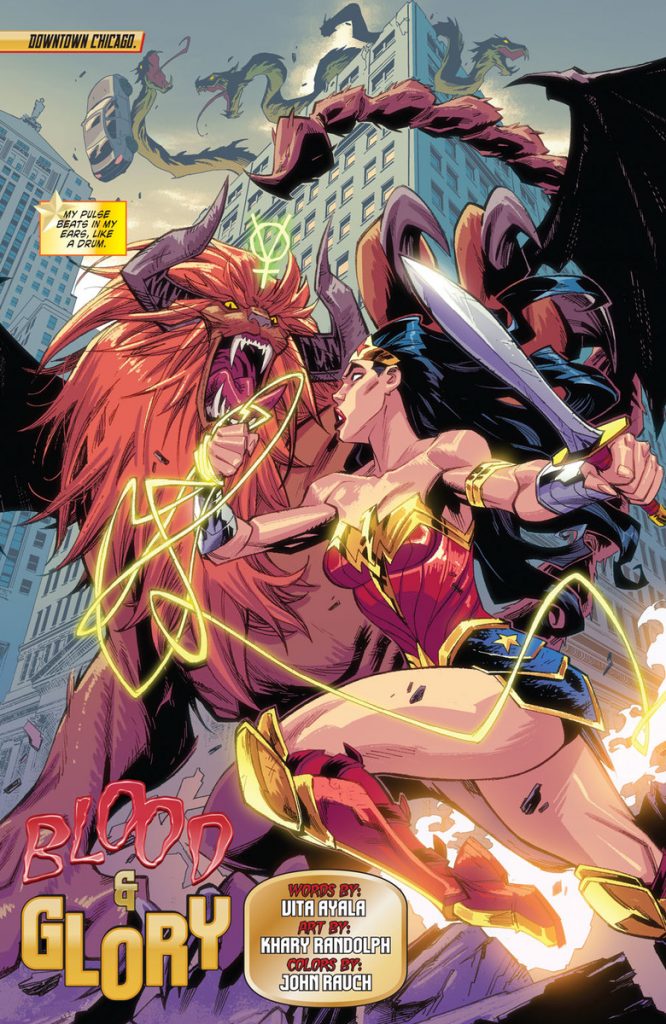 “Wonder Woman has always been monumentally important to me. She was strong yet gentle, a warrior and a peacemaker and, most important, her power was dependent on no man. She was everything I saw in my mother and my grandmother, and what I wanted for myself. I thought she was Puerto Rican for an embarrassingly long time, and while that was wrong, it was critical to the formation of my identity and my self-esteem. She protected my brown-ness, my queer-ness and the part of me that is woman.”–Vita Ayala 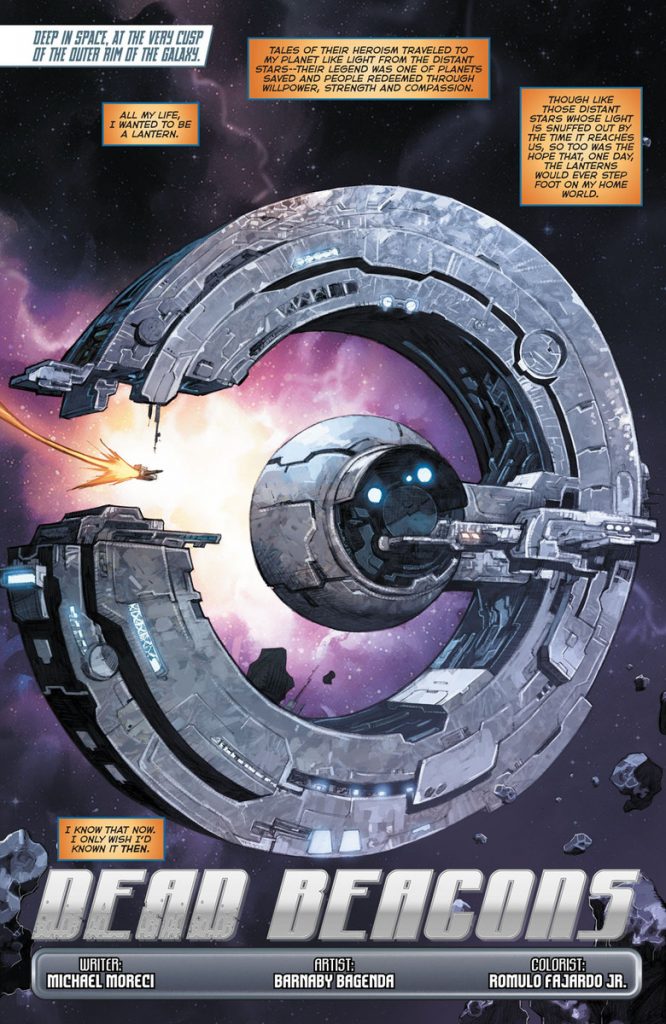 “I’ve always been fascinated by space—the adventures, the exploration and taking the human story and pitting it against the unknown. Since I was a kid, Green Lantern has always resonated with me, but it was Kyle’s story that hit a major chord with me. I love how relatable he is, but he’s still driven by nobility and courage. He faces all those things I love about space with a set of eyes that feel like my own.”–Michael Moreci 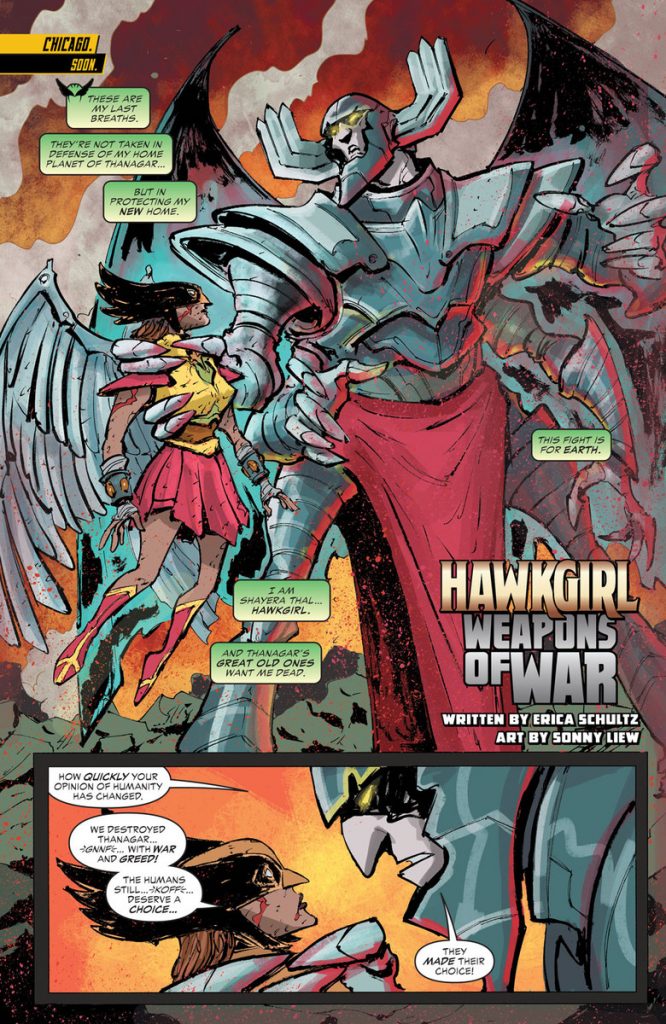 “I’ve always been drawn to strong characters, but what really solidified my love for Shayera was the Justice League cartoon show. Maria Canals-Barrera and Susan Eisenberg voiced Hawkgirl and Wonder Woman, respectively, and their portrayals left an indelible mark on me. I was honored to be able to have Shayera fly once again.”–Erica Schultz 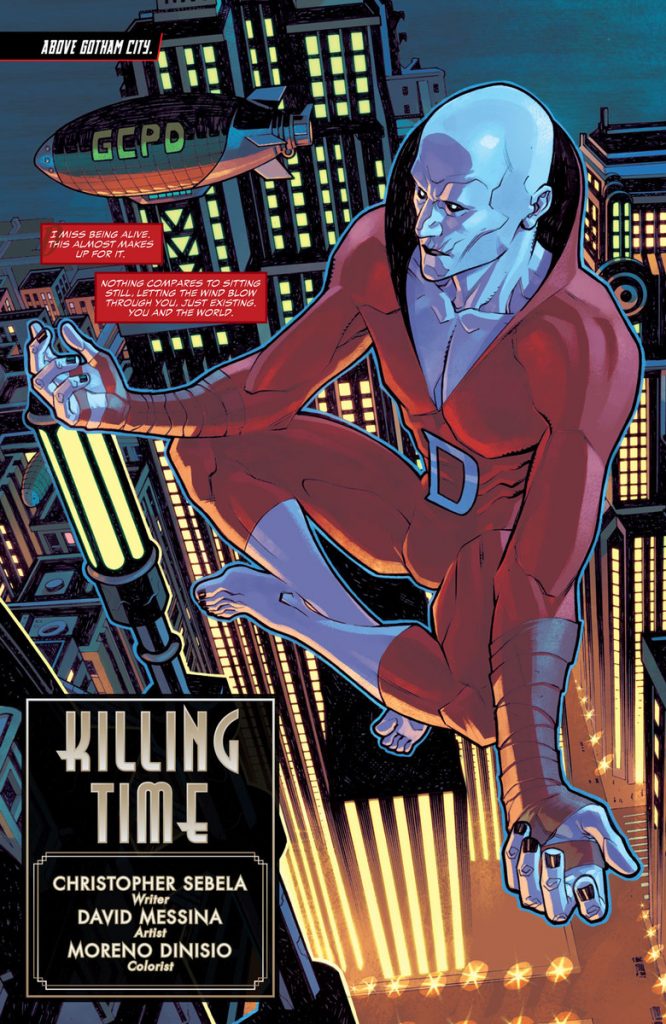 “When I was a kid buying comics for the first time, I found Mike Baron and Kelley Jones’ Deadman stories, which were so different from all the other Deadman stuff. Poetic and grotesque and emotional and creepy as heck. Those stories burned themselves into my mind and have stuck there ever since. When I got the chance to pick my first DC character I’d write for, well, Deadman had spent so much time occupying my mind, I thought it was only fair to put some thoughts in his.”–Christopher Sebela 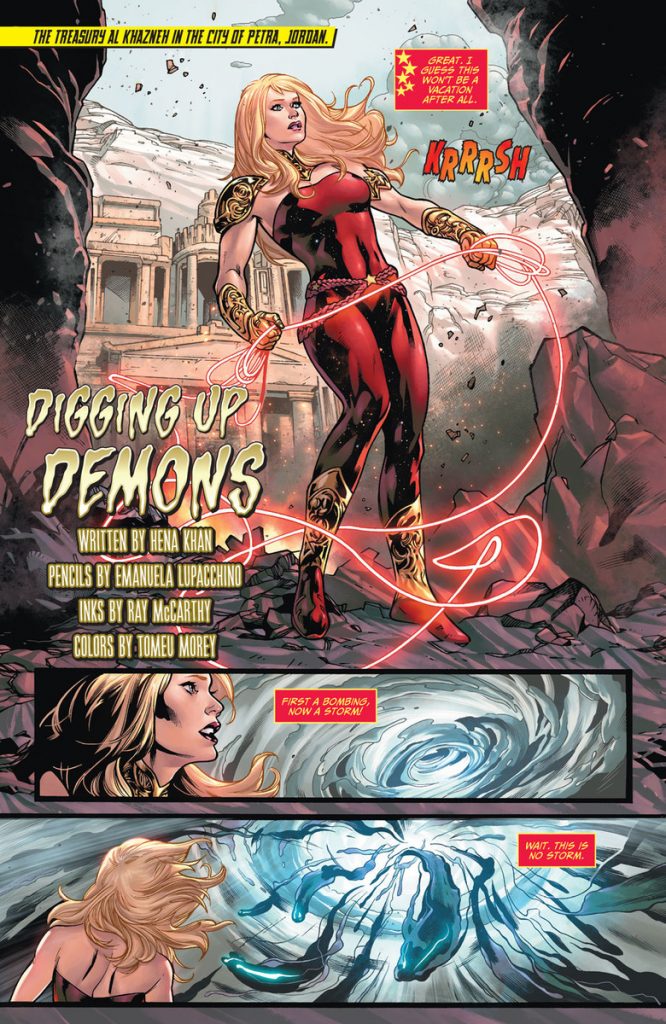 “Wonder Girl has been an exciting character for me to explore because she is young, flawed and relatable. As someone who also writes for children, it’s satisfying to work on a strong female role model who still faces challenges many can identify with, like falling for the wrong person and having her heart broken, or struggling in her relationship with her mother. She may not be perfect, and still has a lot to learn about herself and being a superhero, but that just makes Wonder Girl even more awesome!”–Hena Khan 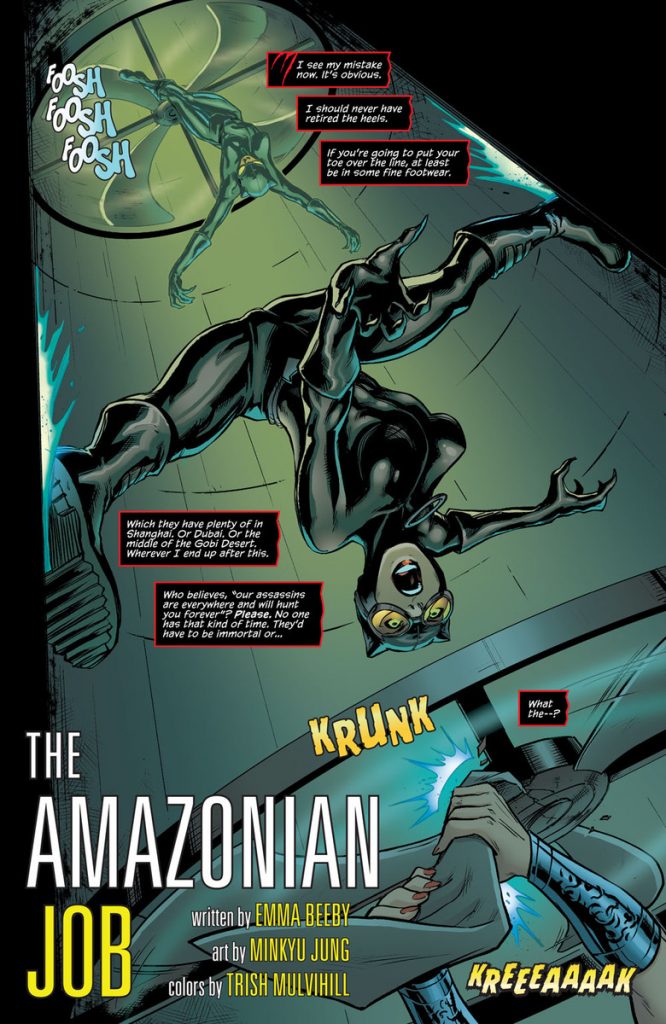 “It was so tough to choose: I wanted to write the ‘bad girl’ Catwoman, with all her sardonic quips, but I also wanted to explore the strength and mythology of Wonder Woman. Then I had this crazy thought: maybe I don’t have to choose…? They’re not enemies, but they are opposites. It’s hard to even think of them together. But I’m nothing if not a sucker for a challenge!”–Emma Beeby 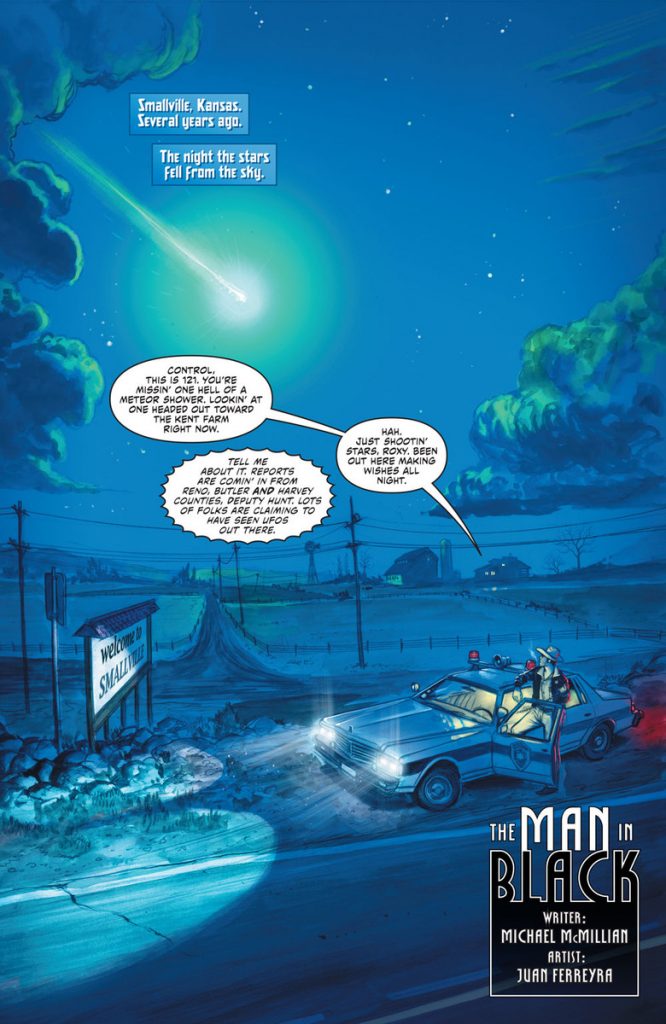 SUPERMAN: THE MAN IN BLACK by McMillian & Ferreyra

“One of the first titles that kicked off my obsession with comic books was SUPERMAN #21 by John Byrne, which I purchased off the rack at my local grocery store. Ever since Superman’s discovery of the post-Crisis Supergirl, I have been a major fan of the Last Son of Krypton. Not only is he the world’s greatest superhero, but he grew up in Kansas like me, which was a major plus. With ‘Man in Black’ I wanted to spark a story that juxtaposes Clark’s hometown roots with his sci-fi origins and add to his ever-expanding backstory. Hopefully I will one day get to continue Clark’s fateful run-in with Joker, the mysterious Mister Coal and the role Deputy Conrad “Bud” Hunt played in Clark’s childhood…and the secret he’s kept hidden for over thirty years.”–Michael McMillian 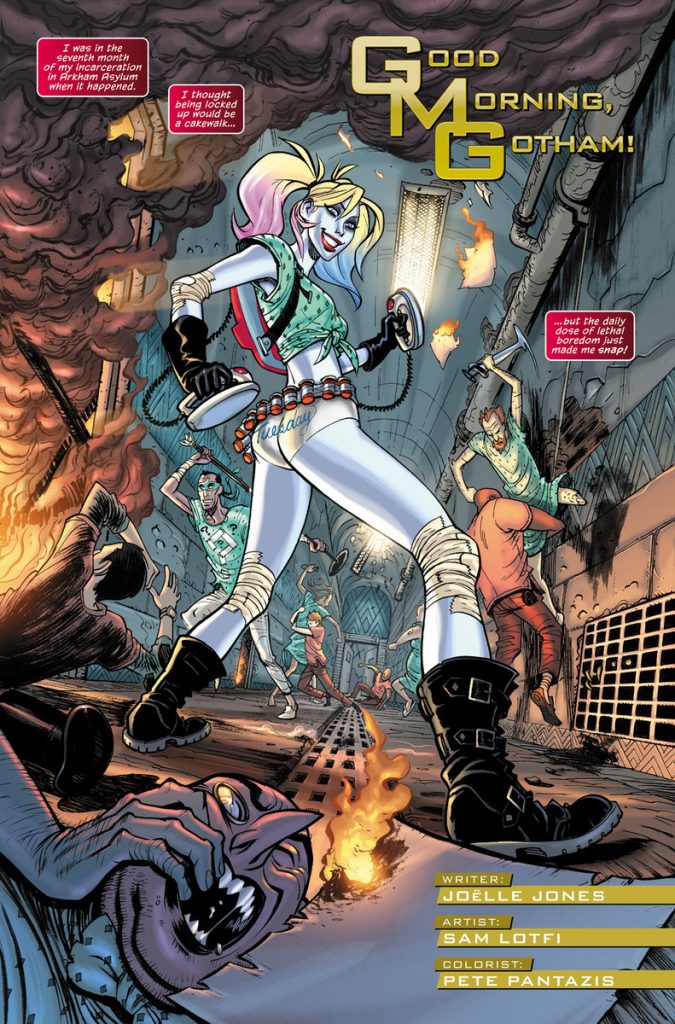 “Because the story is so short I just wanted to have some fun with it, and there is no better character for zany good times than Harley!”–Joëlle Jones

Meet the Artists Who were Selected for DC’s Artist Workshop