Fan Photoshoot Shows How Robin Could Have Died

As fans of Batman v Superman know,  Robin’s death at the hands of the Joker was teased in with the costume memorial in the Batcave. But the actual circumstances of his death are unclear. Fortunately, professional photographer Lucas Ambrosio depicted what could have happened.

Warning: the photos are very realistic and has graphic violence that could disturb some sensitive fans. Bird-eye viewers have noticed that the Robin suit in the movie has bullet holes and a rip in the right shoulder, implying a stab wound. These details along with the, “Ha ha ha, joke’s on you, Batman” message that was spray painted across the torso of the suit implies a very violent confrontation between the Boy Wonder and the Joker. Ambrosio reversed engineered these details to recreate how Robin was injured.

Robin was portrayed by Crimson Coscrafts and the Joker was portrayed by Stephen Doran, with makeup effects done by Alicit Designs Makeup and Facepainting. Along with the gallery, they also released an introduction video that acts as a teaser trailer for the photo set. 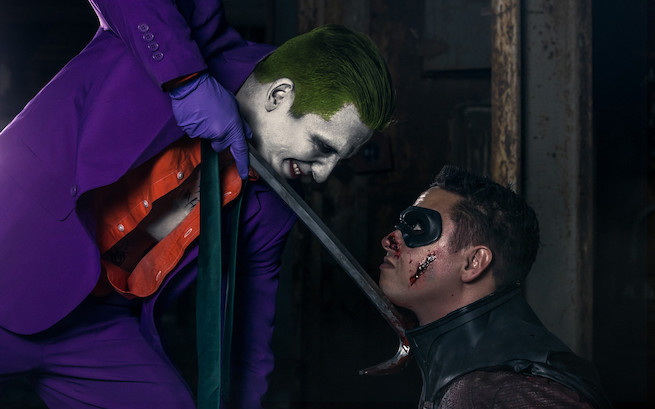 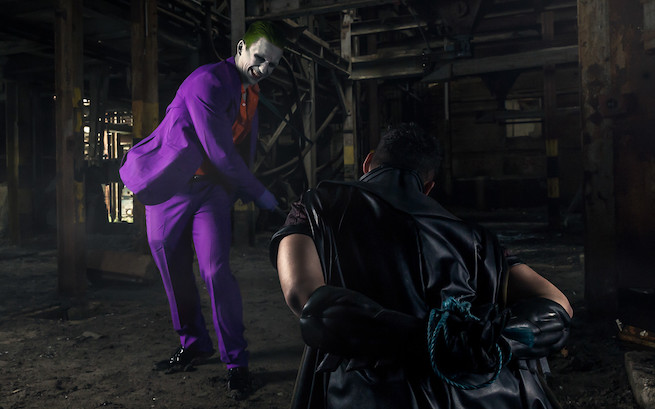 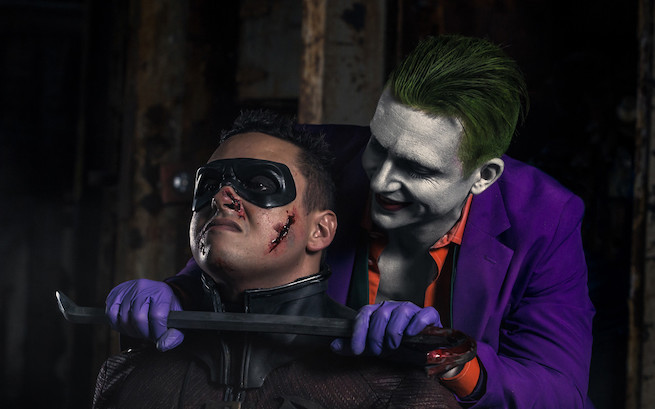 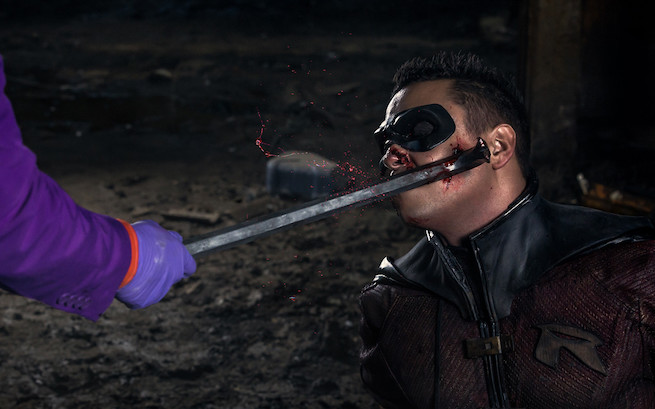 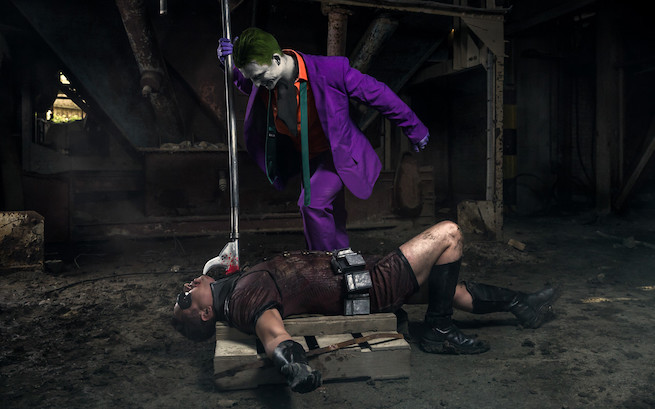 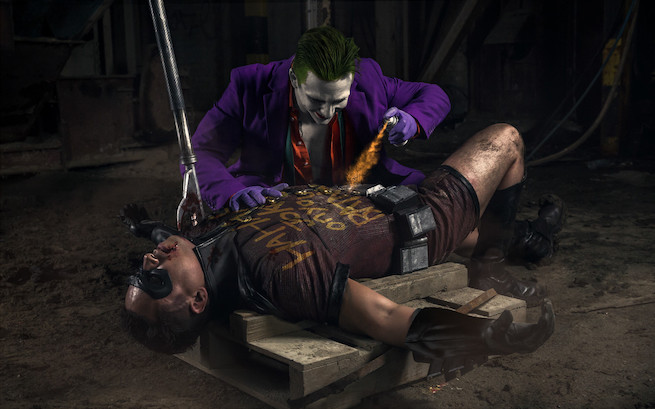 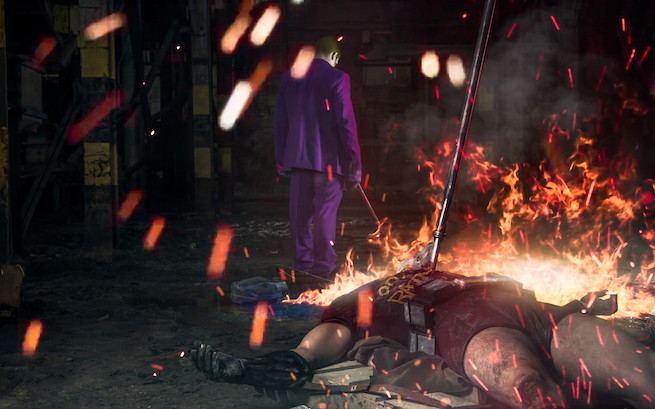 Perhaps the most interesting thing about the photo shoot is that the Joker used Robin’s staff to stab him in the shoulder. Also note that the Joker does not really resemble the one that appeared in Suicide Squad. Perhaps Ambrosio was implying that the tattoos and grill teeth came as a direct consequence of Robin’s murder. One final thing to note, is Harley Quinn’s absence from the murder scene.  In Suicide Squad, Harley’s criminal record files confirmed that she was at least involved with the murder of Robin. Of course, since these pictures are fan speculation and not officially canon, there maybe no explanation of these changes.

Justice in Fashion: The Batman Peacoat