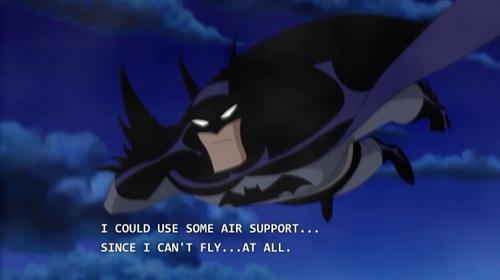 DISCLAIMER: This piece is the work of a single writer and does not represent the views of Dark Knight News as a whole.

As a hero without any special powers, Batman relies on his vehicles to get around Gotham.  His most popular vehicle is of course the Batmobile, which has taken many forms throughout his live-action film adventures, which we ranked last year.  But that’s not the only way he gets around the city.

In Justice League: War, upon first meeting Batman, Green Lantern asks him if he can fly, to which the Dark Knight eloquently responds, “in a plane.”  Sometimes the car just doesn’t cut it, even if the chicks dig it.  So today, I will be ranking Batman’s aerial assault vehicles that he has used in his live-action movies.

I took a few things into consideration when ranking these aerial vehicles, including aesthetics, functionality, and what the vehicle managed to accomplish. 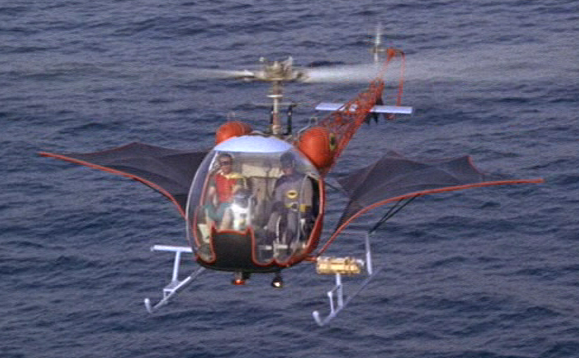 Some might think it is blasphemous having the classic Batcopter in 1966’s Batman at the bottom of the list, but compared to the other aerial vehicles Batman has used in his movies, sadly, this is where it belongs.  It essentially looks like a traffic news chopper with fabric batwings attached to it.  It also doesn’t really do much in the movie besides put Batman in a situation where he could finally use that handy Bat-Shark Repellent. 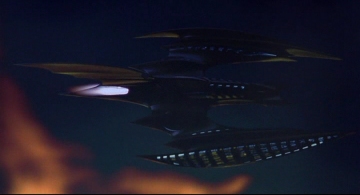 If we were to judge these vehicles purely on looks, this is the best looking one in the bunch.  Whereas Batman: The Animated Series took inspiration from Tim Burton’s Batmobile to create their own, it looks like Joel Shumacher took inspiration from Batman: TAS’s Batwing.  However, where 1995’s Batwing loses points is its functionality.  Its only purpose in the movie, besides sell toys, was to bring Batman to Edward Nigma’s not-so-secret hideout, to which it didn’t even do that.  It got shot down before it could get there.  Bonus points for turning into a Batsubmarine for a short period though.  Although it’s low on this list, you gotta admit it’s pretty darn cool looking though.

Of all the vehicles on this list, the Bat probably makes the most sense for Batman to use for urban crimefighting.  Let’s not lie to ourselves, as cool as it is that Batman has essentially a fighter jet, it’s not the most efficient vehicle to fly around a city with.  Maybe, Adam West really was on to something?  Anyway, the Bat was essentially a fighter jet/helicopter combo that allowed for maneuverability between buildings in urban warfare but was more agile than a normal chopper.  Like almost everything used in Batman’s arsenal throughout Nolan’s Dark Knight Trilogy, this vehicle was an R & D project from Wayne Enterprises that never made it to production.  The Bat was also responsible for carrying a nuclear bomb away from Gotham and saving it so, big points for that.  I just can’t get over how bad of a name “The Bat” is, it’s like Lucious Fox stopped trying.  Anyone else curious what that “long, uninteresting Wayne Enterprises designation number” was? 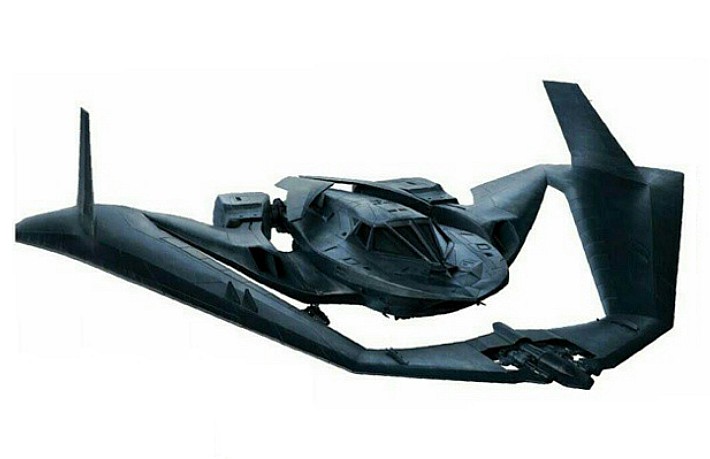 Much like Zack Snyder’s Batmobile, the Batwing in Batman v Superman is essentially a hybrid of what Burton and Nolan did.  It’s sleeker and more “Batlike,” but is also highly functioning as well.  Unlike Batman Forever’s Batwing, this one comes with some offensive firepower, which we saw used against Lex Luthor’s thugs, as well as to get the attention of Doomsday.  It also proved to be fast, agile, and highly maneuverable as Batman tried to keep his distance from the Kryptonian abomination, only to eventually be shot down by its heat vision.  One thing 1995’s Batwing did have over this one was an ejection seat.  But then of course we would have no reason to introduce Wonder Woman to the fight, so we’ll just say it was damaged in the crash.  Snyder’s Batwing also had remote control capability, giving Alfred the ability to fly the vehicle from the Batcave.

Close your eyes and what image pops first into your head when you think of the Batwing?  I think of Batman: The Animated Series as well, but for live-action, it’s always Burton’s Batwing.  The original.  Much like his Batmobile, the Batwing in 1989 set the bar for what we think of when we think of Batman’s vehicles.  And who could forget about Batman using his Batwing to create a Batsignal using the moon?  This Batwing came with machine guns, as well as missiles.  Maybe, a little too much firepower for Batman to have, but we’ll pretend those are meant for enemy vehicles and not blowing the Joker up.  This Batwing was also responsible for probably the most important plot of all the Batman films, it stole Joker’s balloons.  For that, we’ll forgive it for being shot down by his ridiculously long-barreled gun.

Do you agree with this list?  What are your favorite Batman aerial vehicles?  Let us know!