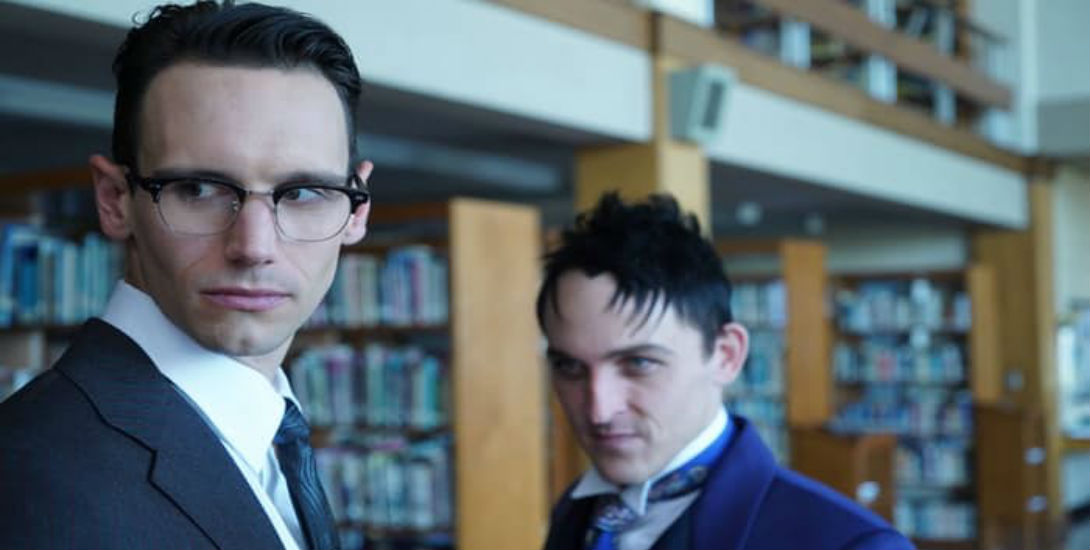 Things are, once again, very Gordon-centric in “Follow the White Rabbit.” Much of this season seems to be taking us back to the early, procedural element of the show that was promoted as the tone and style of the series and then quickly abandoned. It’s ironic we’re getting it now, of course, given Gordon’s relationship with the police this season and how different it is from when the show began.

The Mad Hatter returns after taking a bit of time off. He’s vengeful, furious, not playing games anymore but still insane and twisted and fitting everything he does into his over-arching Alice in Wonderland motif.

There is a subplot that I think is ultimately much more interesting than the strained dynamic between Gordon and Lee and even the pursuit of the Mad Hatter, and that’s the situation between Penguin and Nygma. I think, when these characters were originally introduced to one another, people suspected something. I think them living together was even Gotham’s version of subtlety.

But the longer that friendship went on the more and more it became clear that the show either needed to do something about it or stop teasing the audience with a hypothetical situation. I definitely suspected them to do the former, not the latter. Once again, I find myself pleasantly surprised by Gotham in a way I expected not to be.

Cobblepot has finally realized that he wants to be, well, more than friends with Nygma. Again, their relationship was pretty heavily teased so it shouldn’t necessarily come as much of a surprise, but TV shows usually love to just slap the term ‘bromance’ on relationships that evolve in a homoerotic way and simply continue to try and write the characters as straight.

There’s been nothing on Gotham in the previous two seasons to give us any confirmation as to Penguin’s sexuality, although many fans have speculated. Nygma, however, has been previously established as straight. This is already proving to be an interesting conflict within the episode itself. Penguin is too nervous to express his feelings, Nygma seems to be continuing to date women, so would he even actually feel the same if Penguin did manage to express himself?

This is an interesting plotline. It’s a blunt, risky move that I didn’t expect Gotham to take, so I’m pretty impressed that they did.