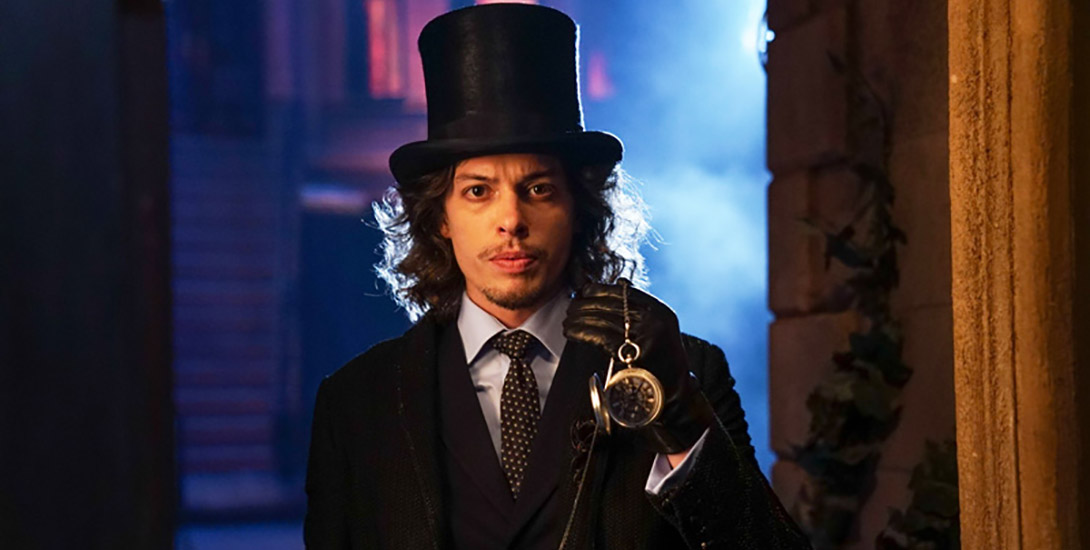 Gotham is still getting off to a rocky start this season, but I actually think this episode was a step in the right direction. It was saved, above all, by the introduction of the Mad Hatter. A favorite Batman villain of mine, but one that thrives on theatricality, I was very hesitant to see what their interpretation of the character would be.

Astonishingly, though, the Mad Hatter is less campy and more restrained than most of the villains to have made their debut on the show so far. The character is portrayed with a degree of sincerity and a sort of softspoken attitude that reminds me a little bit of Roddy McDowall’s portrayal in the animated series.

I’m still not overly sold/am mildly creeped out by what’s going on with Ivy. Nothing happened in this episode to sway me in one direction or the other.

One thing I really liked about the episode and what it means for the continuing development of the season is that it appears to be taking a cue from one of my favorite Batman movies: Batman Returns. I love that we’re actually seeing Oswald deciding to run for mayor. Especially when its under the pretense of fighting a corrupt system. I’m sure it’s only happening to capitalize on the election, but it’s a touch I like either way.

The main focus of the episode seems to be on the creation of a love triangle between Gordon, Valerie Vale and Lee. The previous episode ended with Lee returning to Gotham just after we saw Vale and Gordon sleep together for the first time. But it almost appears to be a non-issue now. Lee is still with her fiancée and they’re still very serious and Gordon has a new love interest who isn’t terribly interested in any kind of commitment. It’s an interesting change of pace for these relationships, but also seems like something that realistically would work itself out.

The Bruce Wayne clone, if that’s what he is, was weird enough to begin with and it’s even weirder to now watch him living in real Bruce Wayne’s house. What saves it for me, though, is that it is clearly weird for Alfred as well. He seems to have hit his limit on weirdness with this. But he’ll humor Bruce and no matter what exactly this boy is, Alfred is not the type to turn away a harmless child with nowhere else to go. Unless, of course, the boy is not harmless.

Overall, this was a step in the right direction and I would like to see this kind of upward mobility continue.