Suicide Crimes: War Crimes Special #1 is a fun standalone issue. It’s a great way to introduce new readers to the team, which is what most of the recent comics seem to be doing, which only makes sense given the success of the movie. It tells a simple, single standalone story which is something that I almost found myself wishing the movie had done, even though I enjoyed it. 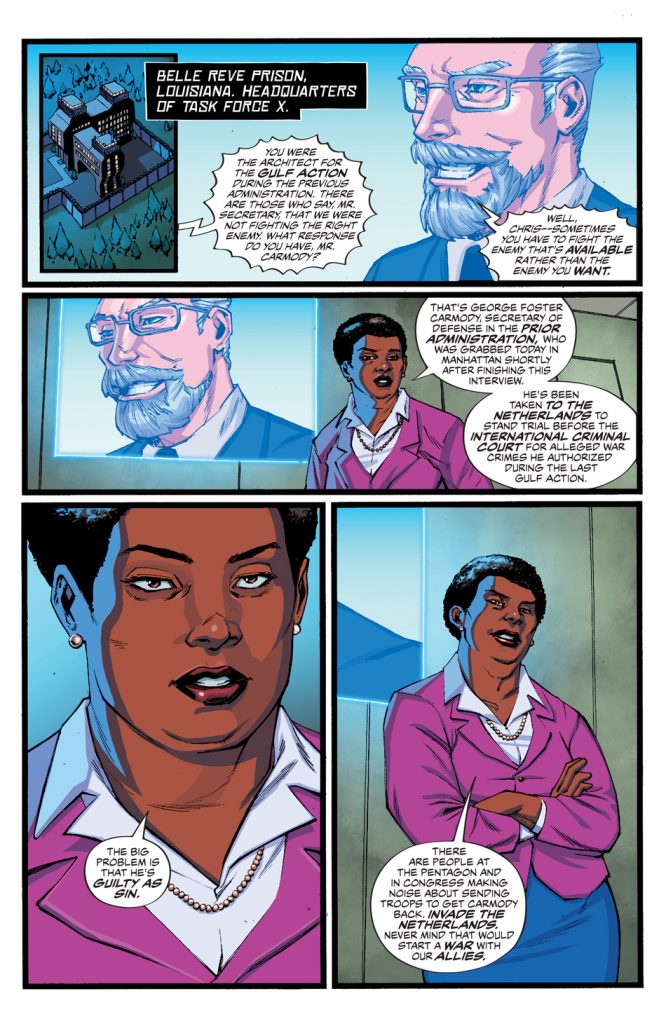 This story is almost perfectly designed to bluntly explain who the Suicide Squad are and what they do. In it, they’re tasked with finding the US Secretary of State, who is about to be internationally charged with war crimes. The squad is basically sent to bring him back to the US before he spills the beans on all of the highly illegal stuff the government is doing.

Everything about this is pure Suicide Squad. It’s an incredibly shady mission, it’s not something heroic, but it’s something we get invested in anyway. Some of the best Squad stories are simply about Amanda Waller covering her own ass and this one is really no different.

For the most part, the characterization is on point, as well. Boomerang is the particular standout, having a lot of great moments to himself. He definitely steals the show this time. I’m thinking it might do some good to slim the ranks for a smaller squad sometimes, because it’s a recurring problem in the comics lately that a few characters get the spotlight and all of the other characters fall by the wayside. There’s not a lot for Diablo to do and while Deadshot gets some great action beats, he doesn’t offer much else. 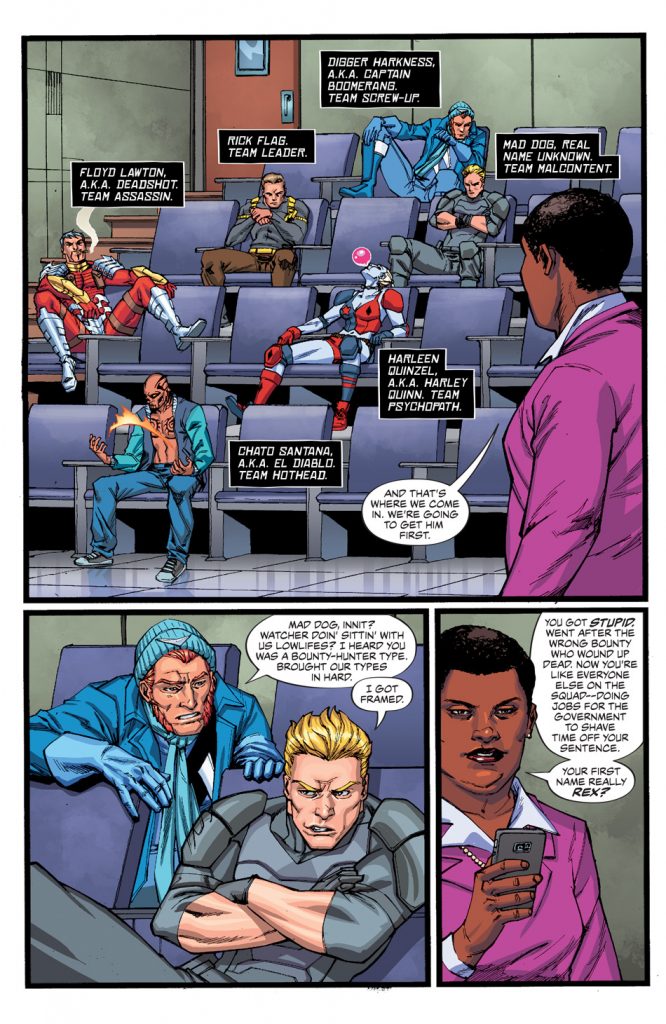 Harley, of course, gets a lot of attention but I couldn’t really get excited for that because she’s not characterized very well—except for a great lead-in to an action scene we don’t get to see. There are certain ways to characterize or mischaracterize Harley that often come off as creepy and this is one of the biggest ones. It’s a fine line to write Harley as gleeful and playful, a high-energy psychopath… and another thing entirely to write her as genuinely childish. This issue does the latter.

She’s written just as if she was an actual child in the middle of a big battle, totally oblivious as to what’s going on around her. With a character as sexualized as Harley, it can be skirting on inappropriate to write her so childishly. But like I said, she has a few great moments as well.

Overall, Suicide Squad: War Crimes Special #1 is a recommendable book, especially for people who are new to Suicide Squad, but at times offers a mixed bag of characterization.