I may or may not have made it known in the past that I’ve never particularly been a fan of this team, whether it be called “Teen Titans” or “Titans,” the grownup version. Yes, I like Nightwing and Wally West individually, but Titans have never been “Go!” as a whole with me. But sometimes it takes the right creative team to get you hooked with a great story.

So, Dan Abnett and Brett Booth, I heartily applaud you both.

Speaking of Booth, he, inker Norm Rapmund, and colorist Andrew Dalhouse continue to be DC’s unsung Trinity, delivering page after page of eye-popping blockbuster action. To be quite honest, this is one of those titles that I look forward to based on artwork alone. The fact that the writing is also sharp makes this a great package deal.

Wally West continues to be at the epicenter of this title as the drama that consumes his life continues to unfold and spill over into the Titans’ superheroic affairs. Linda Park is also brought to the forefront in a major way and even her pre-Flashpoint memories may soon be jogged.

As Kadabra continues to wreak mystical havoc, he creates doppelgangers that are essentially younger versions of our heroes, who are forced to do battle with themselves. Not only that, they may learn a thing or two about each other in the process. Be sure to pay extra attention to Arsenal and Donna Troy.

Titans #2 is very heavy on action but not without intrigue thanks to Rebirth’s greatest mysteries being at the heart of this title. While not as strong as previous issues, it’s still better than Justice League. 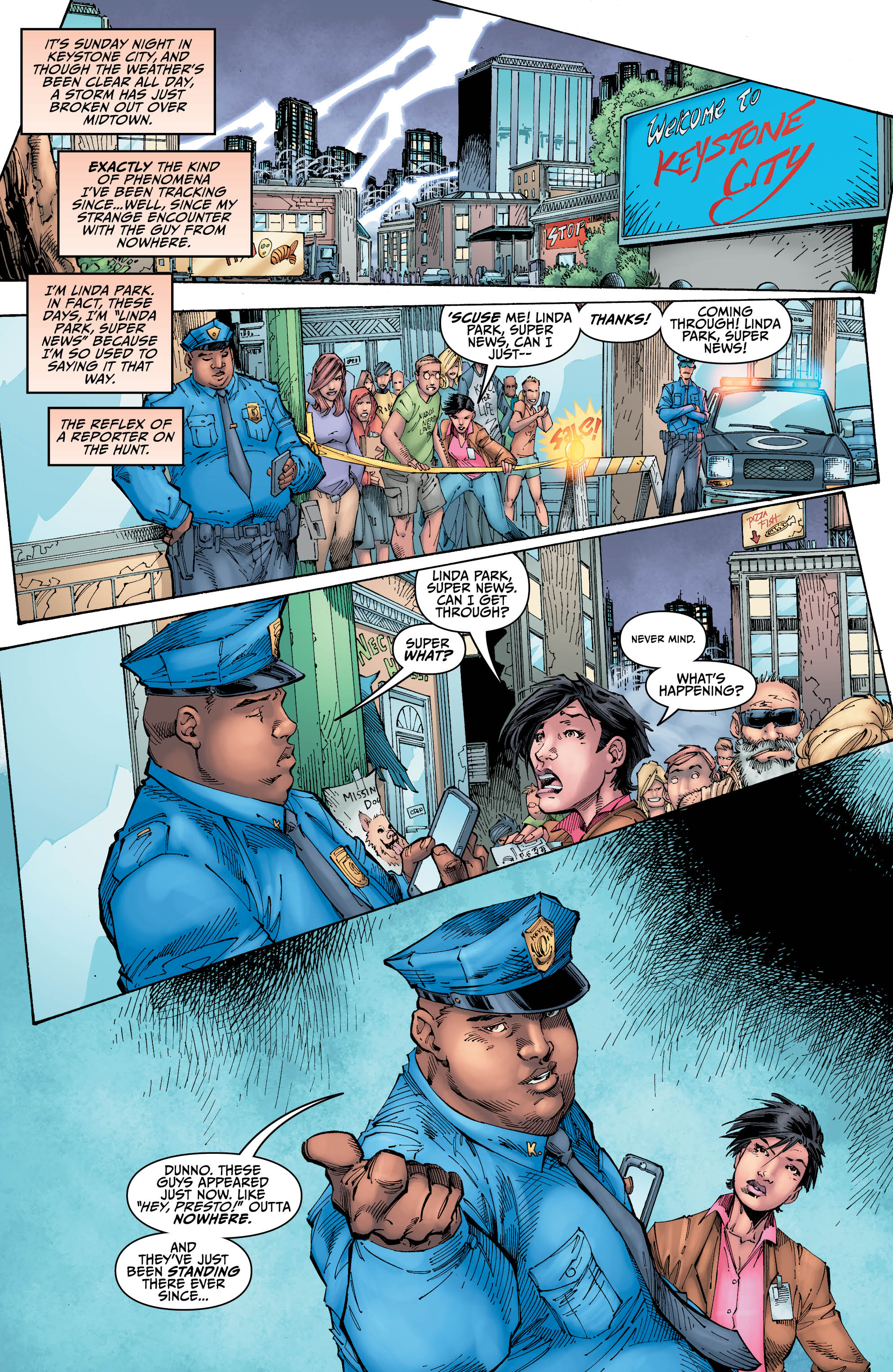 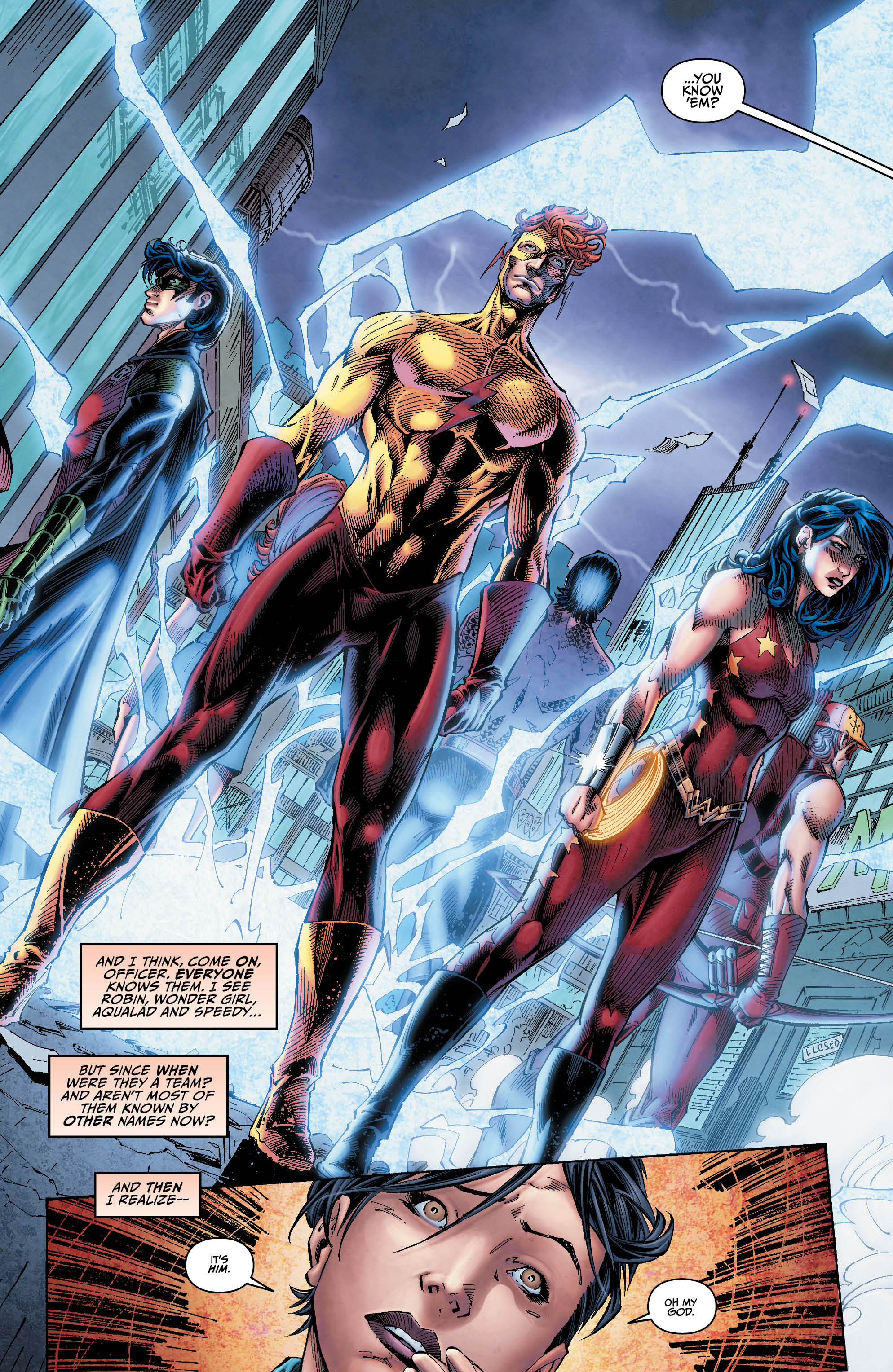 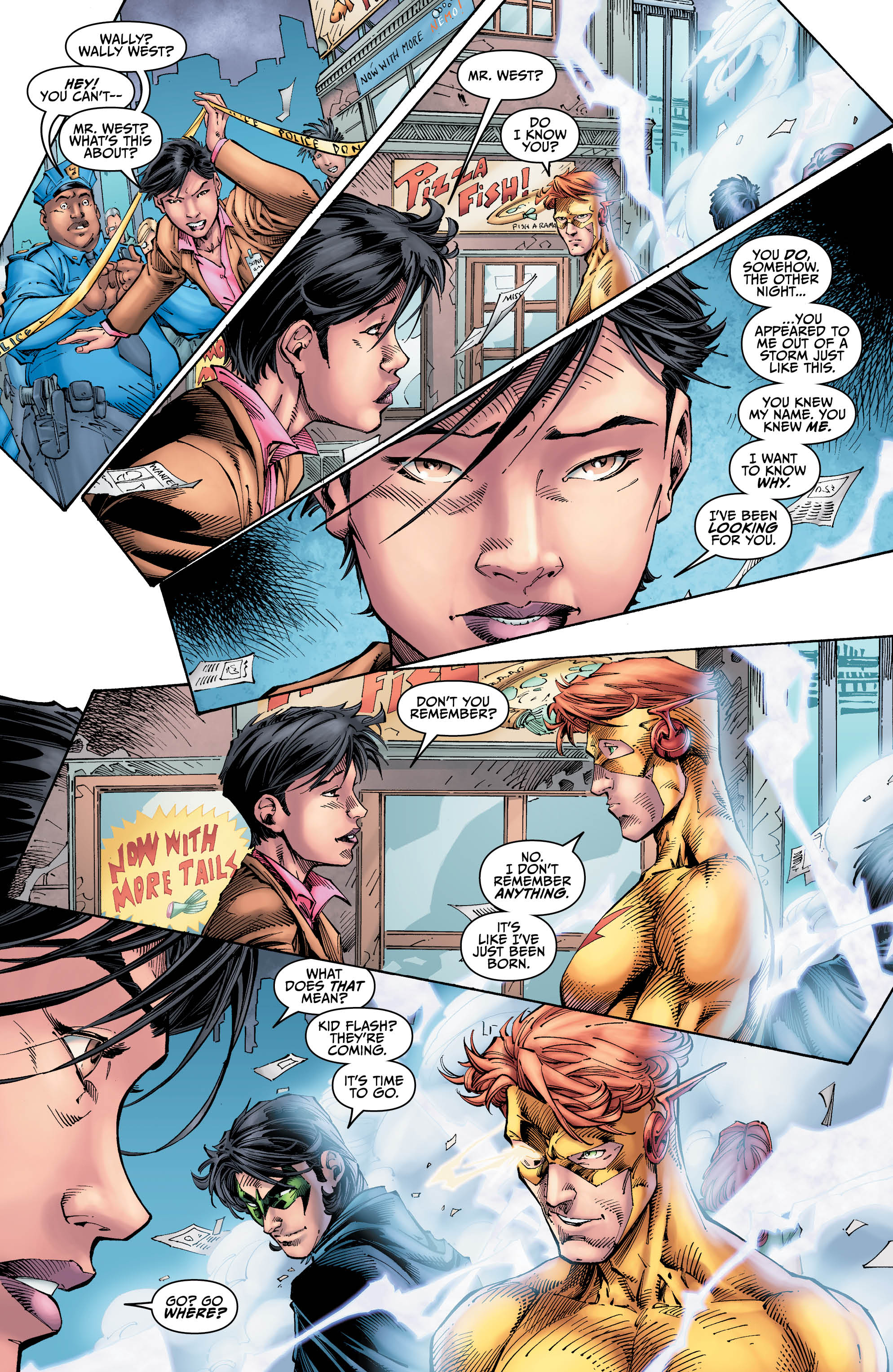 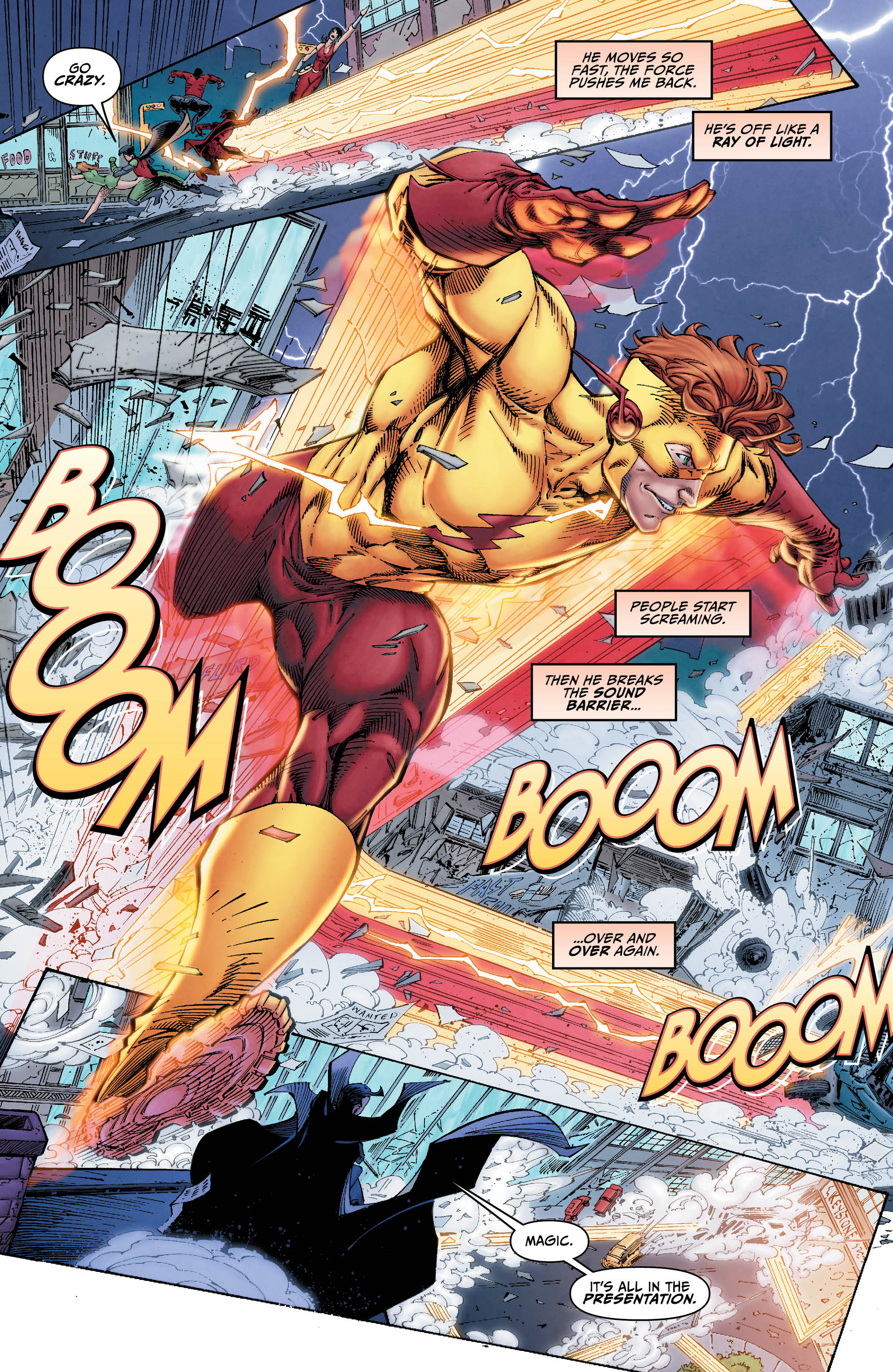 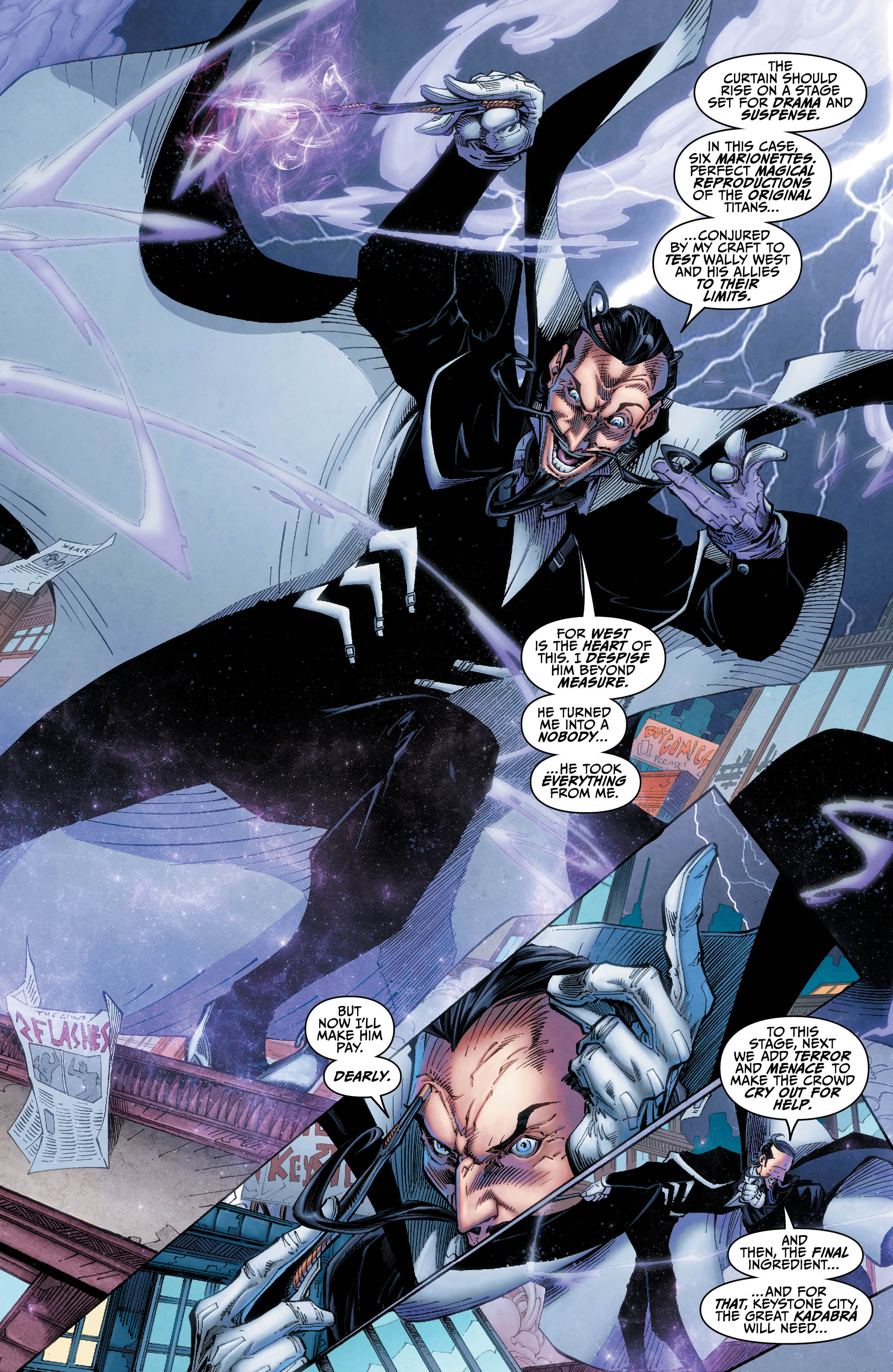 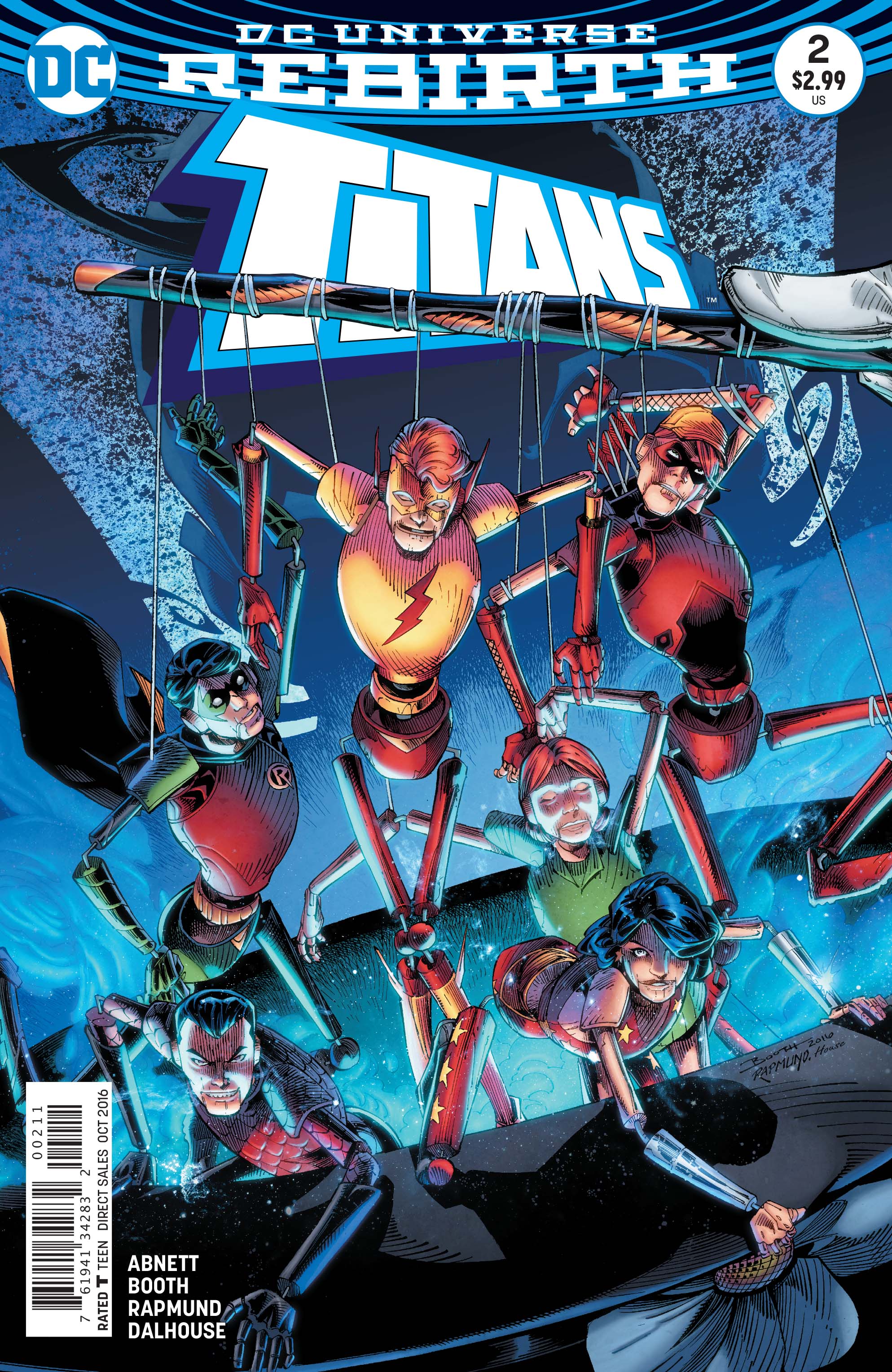 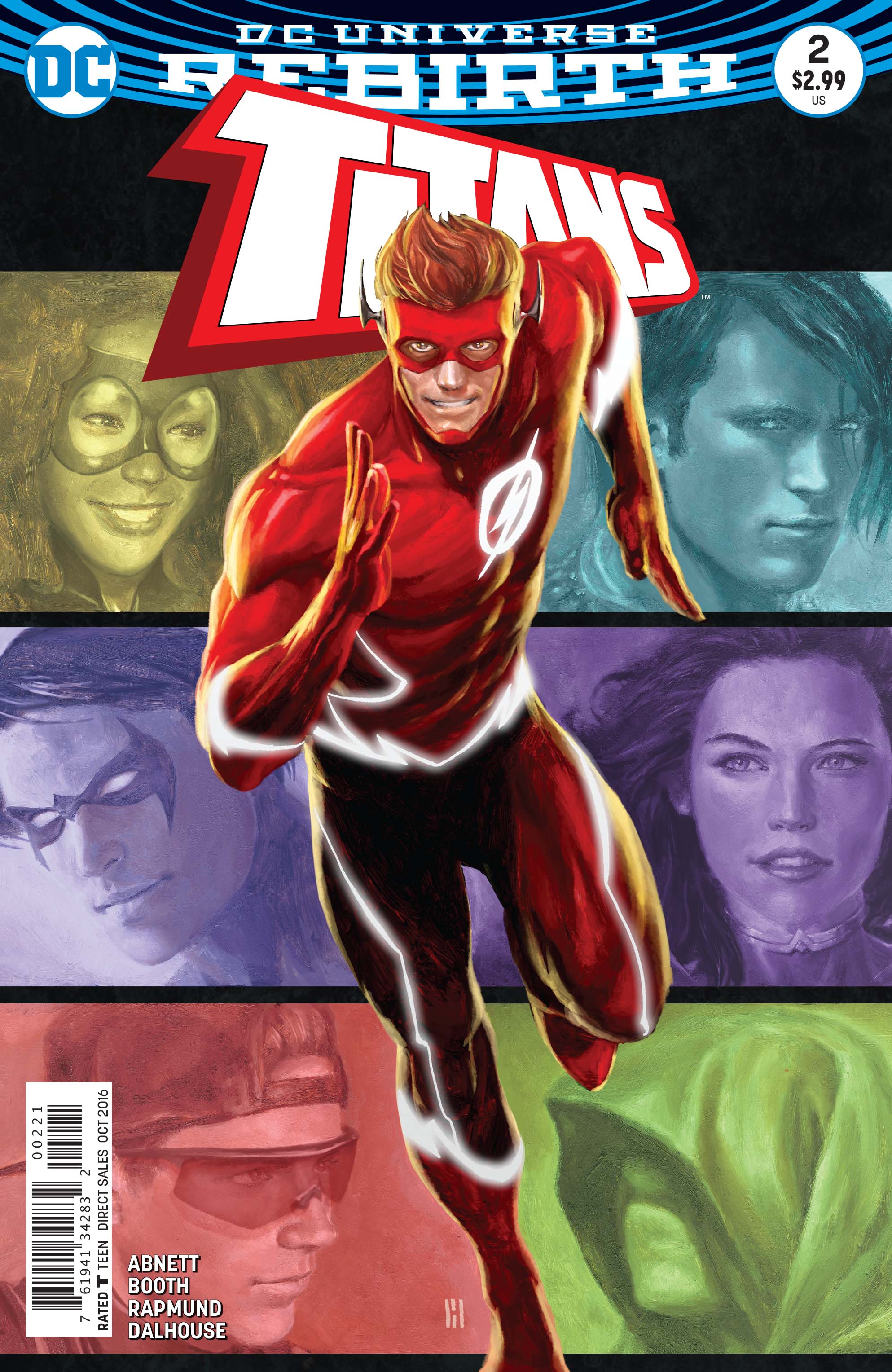