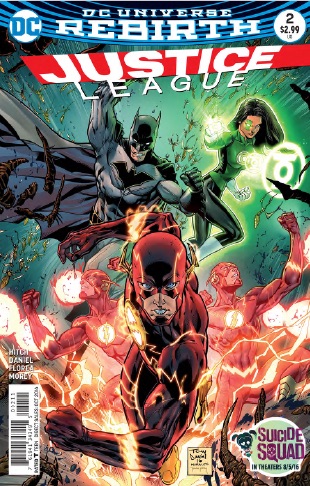 The writing of Bryan Hitch is well paired with the stellar art of Tony Daniel and complemented by the entire creative team on this book. They all work together to blend into a beautiful issue that moves the story forward ever so slightly.

Often times, characters can get lost in the immensity and weight of a large-scale story. Not so in Justice League #2. Readers learn more about the Green Lanterns and discover Atlantis – and Aquaman – might have a more prominent role in the struggle than originally thought. As the newly formed League is wrestling with this new threat, they are also building trust.

Justice League #2 moves the story forward and sets up some potential twists and turns. We get solid character development in Justice League #2, especially as the team’s Green Lanterns see a good deal of panel time. Jessica is still learning to control her power ring, and is forced to confront self-doubt. The two Lanterns are learning how to work together, which adds an interesting dynamic to the story. We learn a bit more about The Kindred, but the entity is still shrouded in mystery.

The art in the issue is outstanding. I really enjoy how the colors are used to transition readers through different settings and frame which characters are central to the panel. With team books, it is essential to separate characters’ dialogue to maintain the proper perspective. Justice League #2 shares this challenge, but has the additional quirk of having two Green Lanterns to contend with. The lettering and dialogue boxes brush aside this challenge with ease, in a manner that adds to the readability of the narrative without a second glance. All together, these elements and many more make Justice League #2 a beautiful issue that engages the eye and moves readers forward at an excellent pace.

Justice League #2 builds the tension and framework necessary for larger jumps in subsequent issues. Issues positioned in the early stages of a large narrative can get negative feedback or be labeled as “filler.” However, Justice League #2 feels like a more necessary and important issue in the arch. Once the story is complete, I believe Justice League #2 will be more revelatory than our initial handling indicates.

I really enjoyed this issue, and have a piqued interest in what Hitch and company comes up with next! 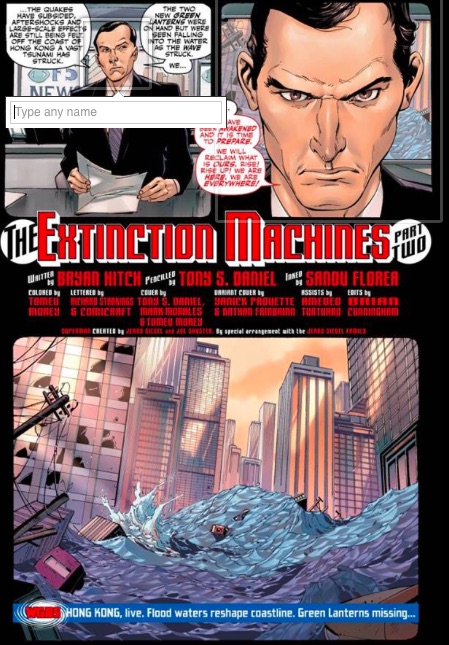 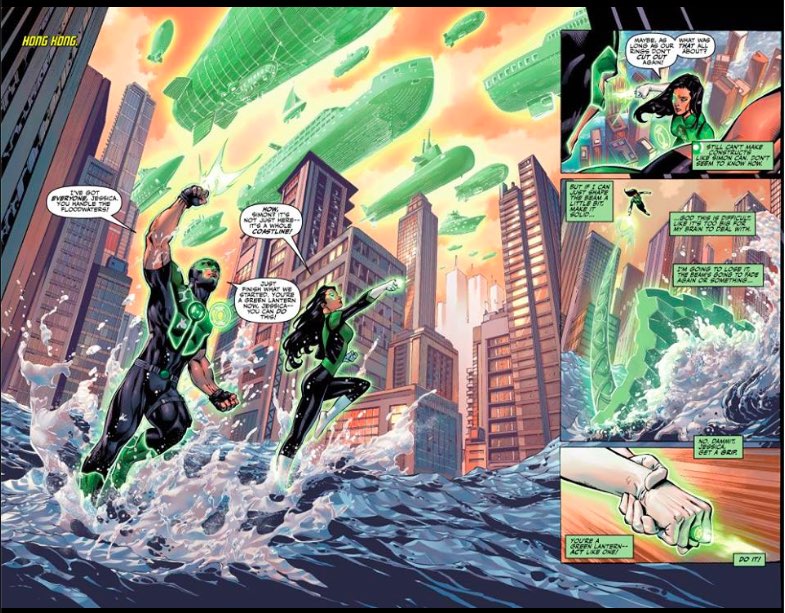 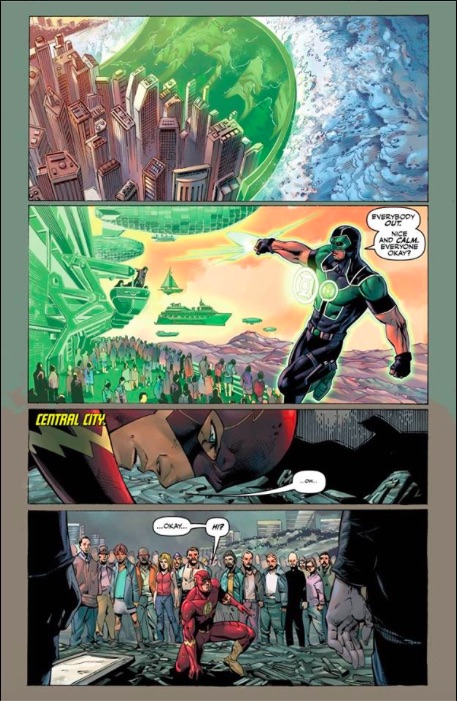 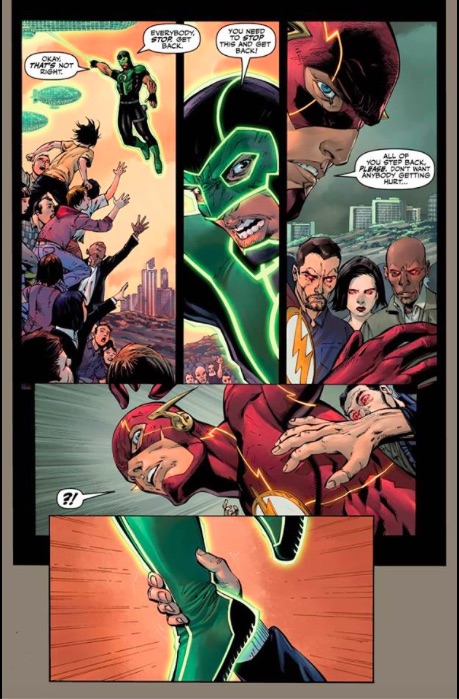 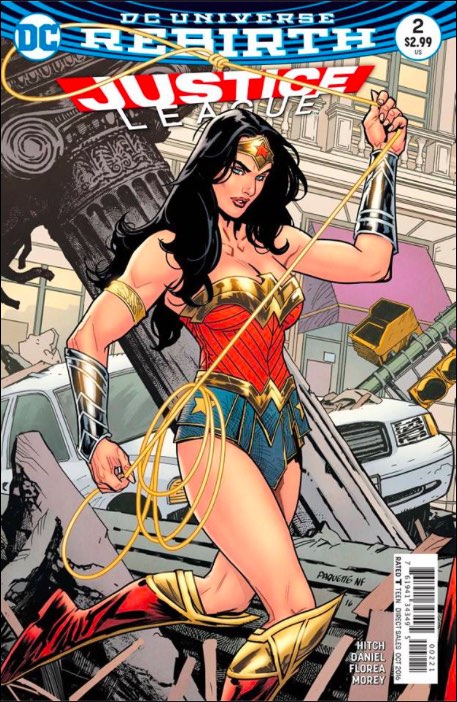