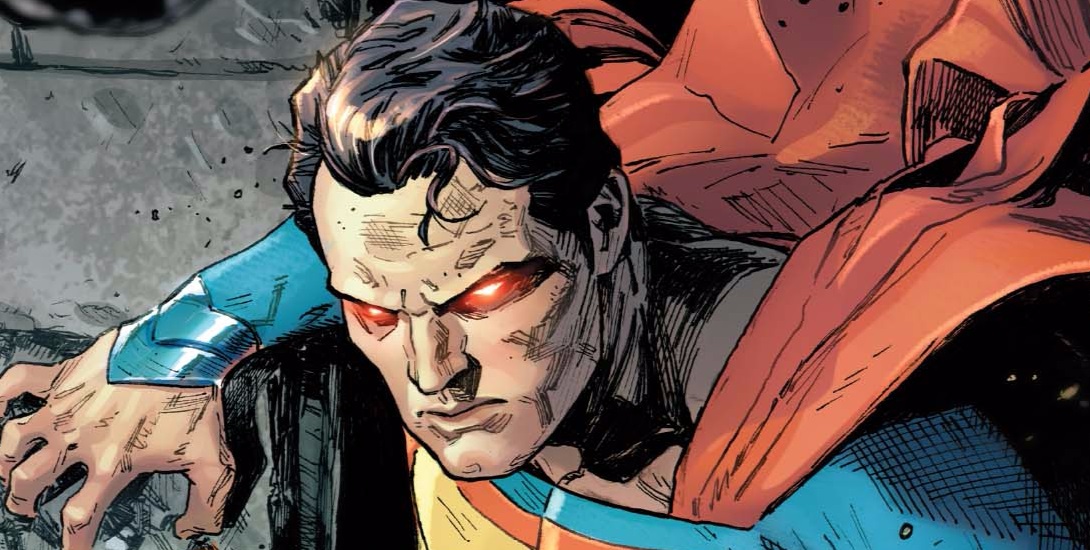 I’ve been singing the praises of Action Comics since Rebirth began. It continues to have all the ingredients necessary to produce a truly great Superman comic book, thanks to the familiarity with the Man of Steel Dan Jurgens possesses, as well as stellar artwork provided by Tyler Kirkham for the second consecutive issue, who once again outdoes himself. I’m just hoping that the story drastically furthers itself along very soon, lest some readers lose interest.

As Mr. Oz and “Clark Kent” continue to confound readers, Wonder Woman makes her grand entrance to help continue the heavyweight fight against Doomsday. It creates a most interesting dynamic when seeing Diana battle alongside a Superman that is not the man she once loved. Her strength of character is ever apparent as she does what needs to be done and even forges a new friendship with Pre-Flashpoint Lois Lane! You have to admit that not everyone would be able to befriend the spouse of their ex’s doppelganger (boy, comic book romance sure is complicated).

While the following decision makes for an intriguing read, it may seem redundant to those also following what’s going on in the pages of Superman: Jon, who is struggling with his powers, attracts the attention of a villain from the 1990’s. Instead of it being Eradicator, here it’s Doomsday. You can probably see how the titles mirror each other a bit much. It kind of reminds me of the Batman Reborn era back in 2009 when Dick Grayson took up cape and cowl and had what were basically the same conversations with Alfred in both Batman and Batman and Robin.

Yes, we get a few refreshers and learn a few new things, but Action Comics #960 ultimately doesn’t further the overall story along too much. Although not the strongest entry to date, this title remains one of my favorites from DC. Is it still worth a buy? Absolutely. 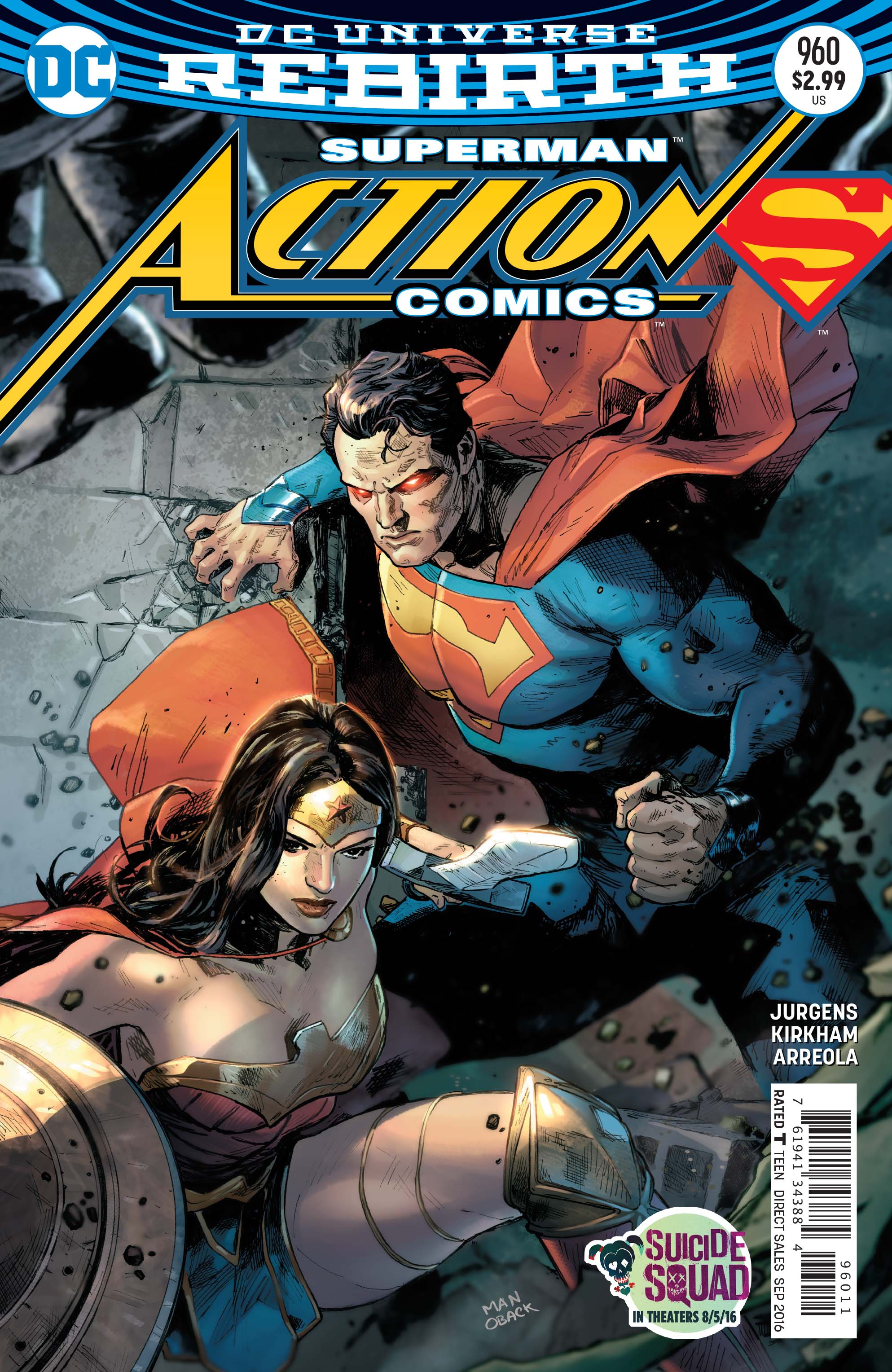 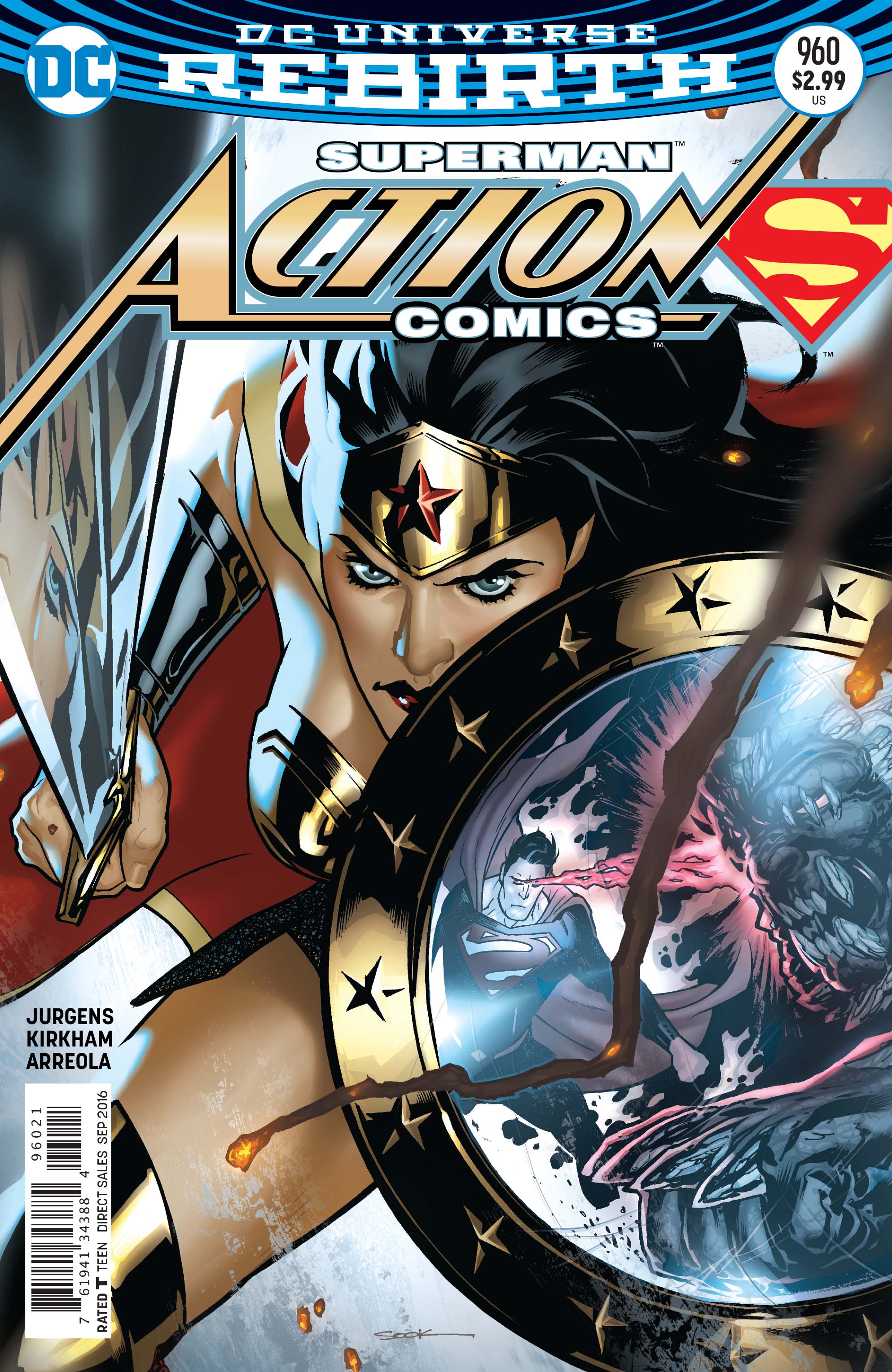 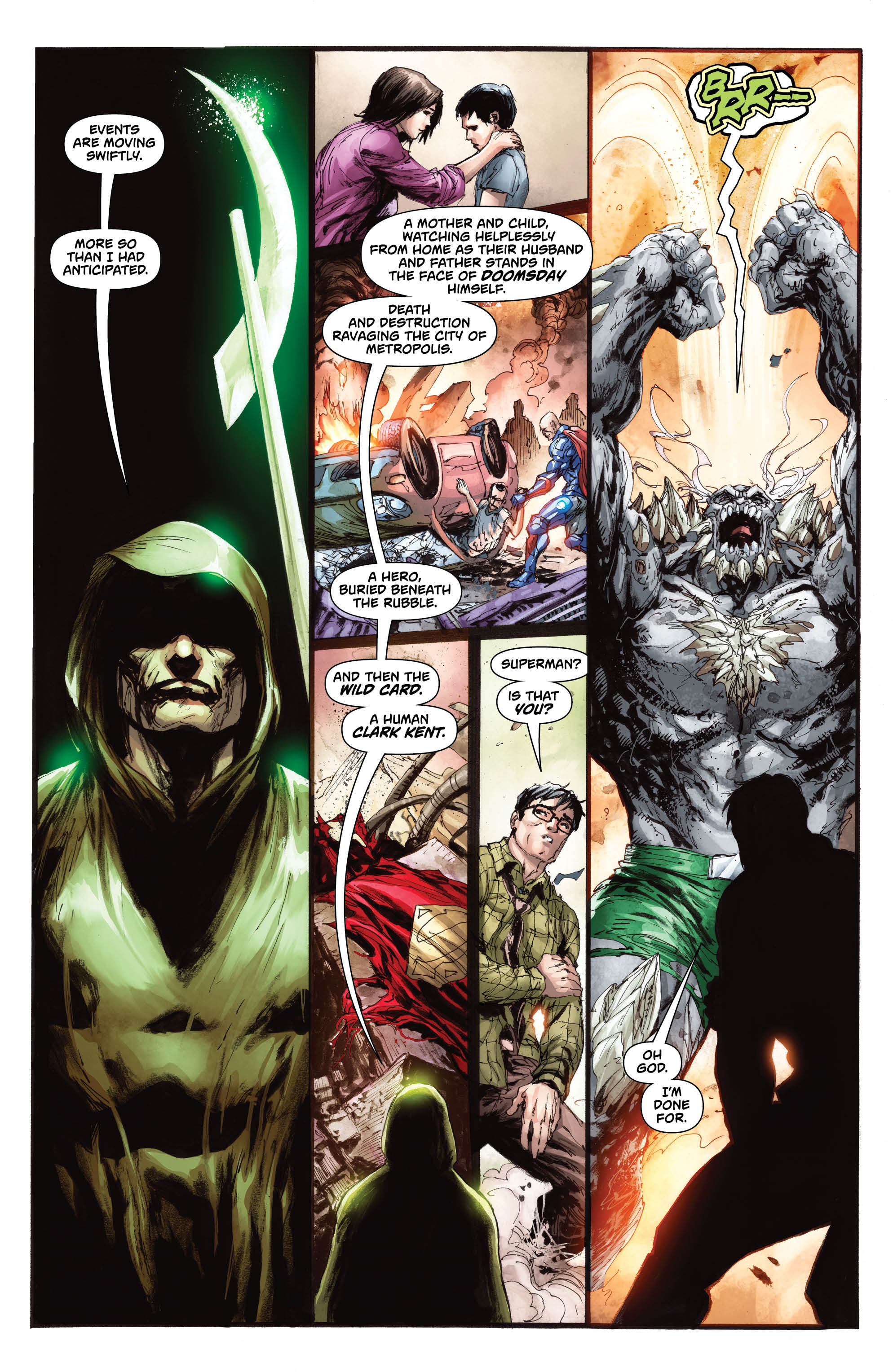 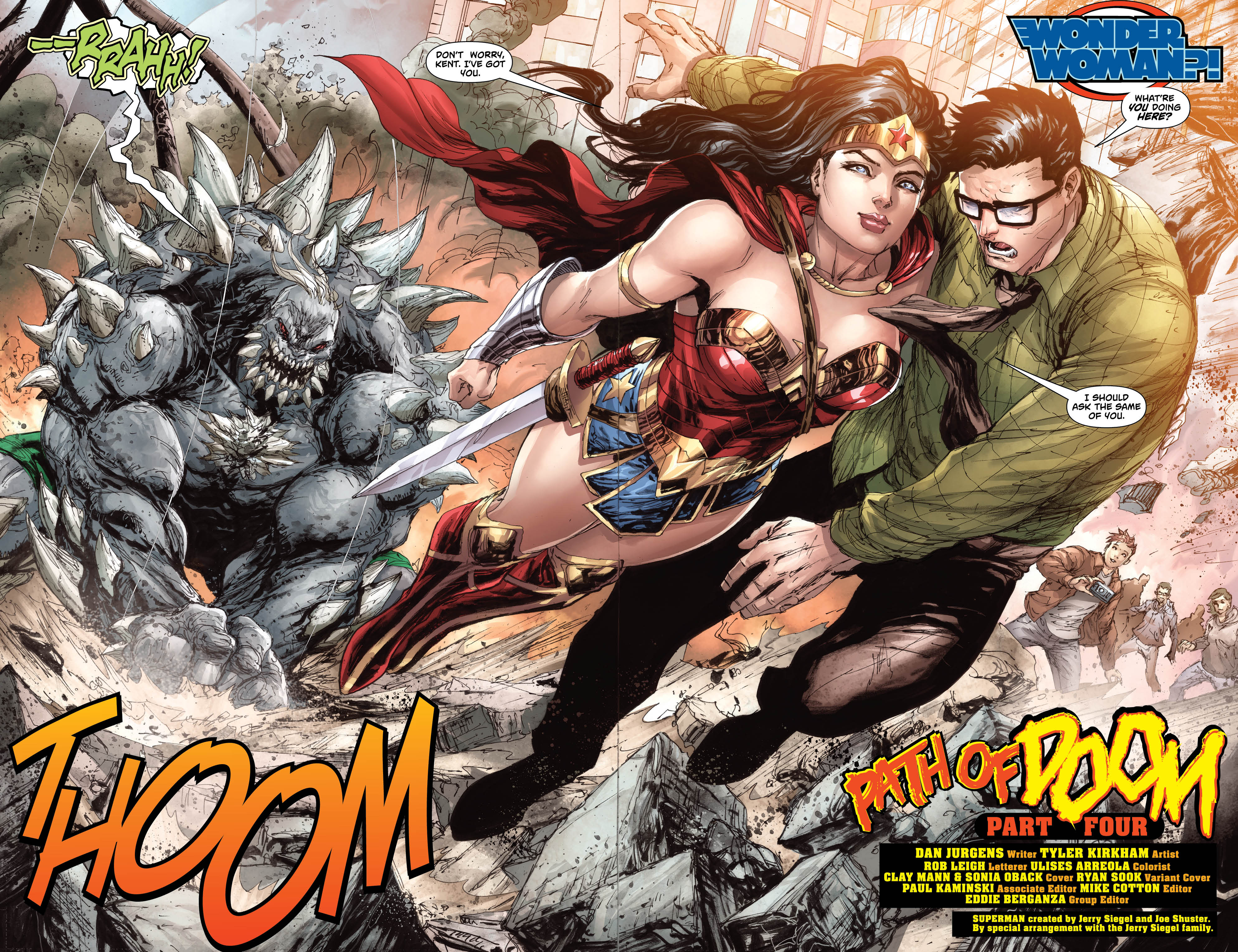 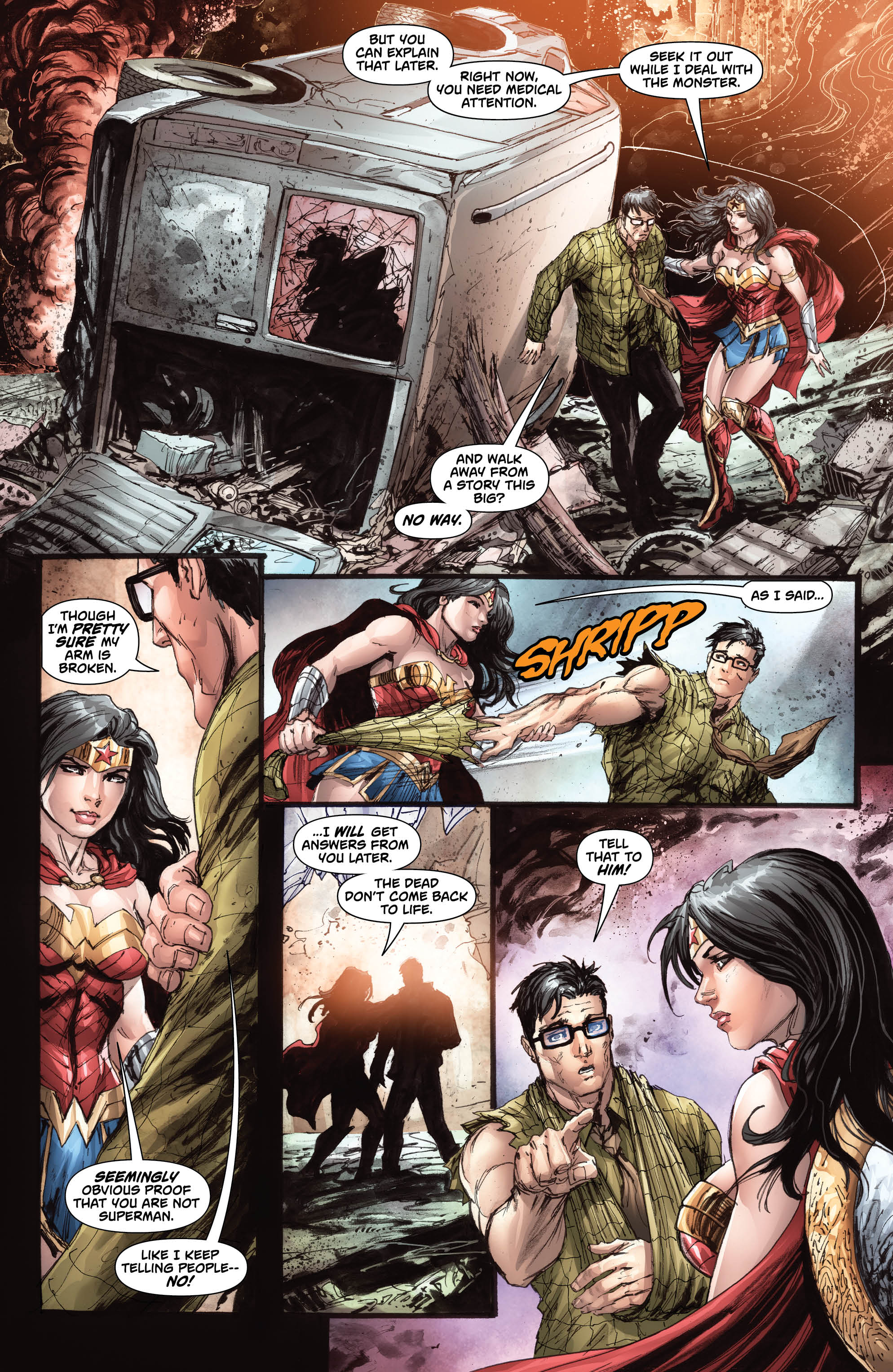 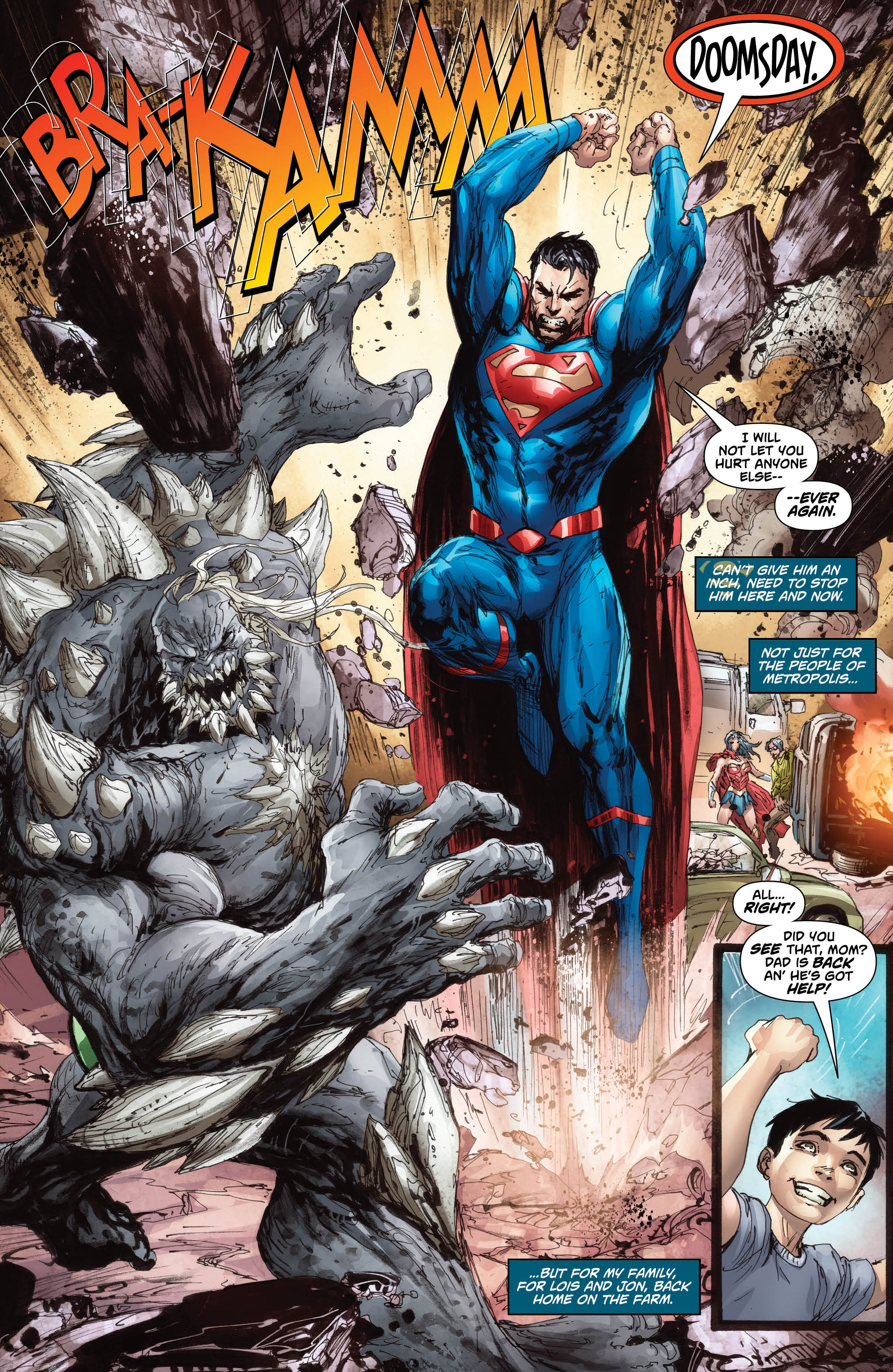