I am so grateful for this Batgirl reboot. That’s not to say that I thought the previous run was bad, it was just that I wasn’t totally sure who the target audience of that book actually was. At times it felt like it was catering to young girls, teenage girls, then adult women, then adult men. It was fun, very light and peppy, but Barbara Gordon is one of my favorite characters in the DC Universe. I enjoyed the previous run for being its own, lighter thing but I’m glad to see this character being treated seriously in a book that feels very different, tonally, and perhaps a little more adult. 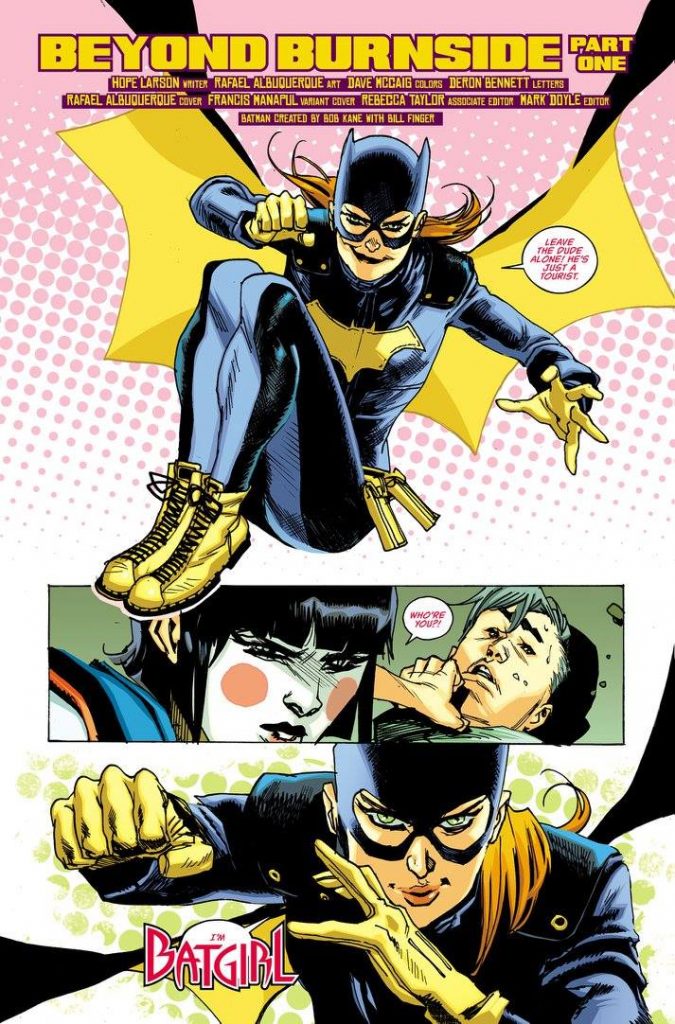 The idea of globetrotting Batgirl is too good to pass up. I hope that continues for at least a solid chunk of this run, because if it does it will do a lot to distinguish this series from others that have come before it. I think it’s a rite of passage for superhero stories to have their big Japan adventure. Wolverine kicked off the movement with his first self-titled miniseries and this first issue of Batgirl Rebirth definitely has echoes of that, but it still manages to stand on its own.

I like that Batgirl can make allusions to Burnside and to some of the characters and events of the previous run and then just move on. Nothing’s dwelled on and you don’t have to have ever read a Batgirl comic before this to pick this one up. That’s the issue’s biggest strength and I think now is a very good time for it because there will probably be a lot of people having just seen the animated adaptation of The Killing Joke who might want to know more about Barbara Gordon.

The issue also starts unraveling a really interesting mystery as Batgirl comes face to face with a hundred year old woman who is also a supposedly retired vigilante, but is somehow reasonably active despite her age and relative frailness. There are a lot of interesting ideas here. They don’t all come together, but in a first issue, they don’t have to. 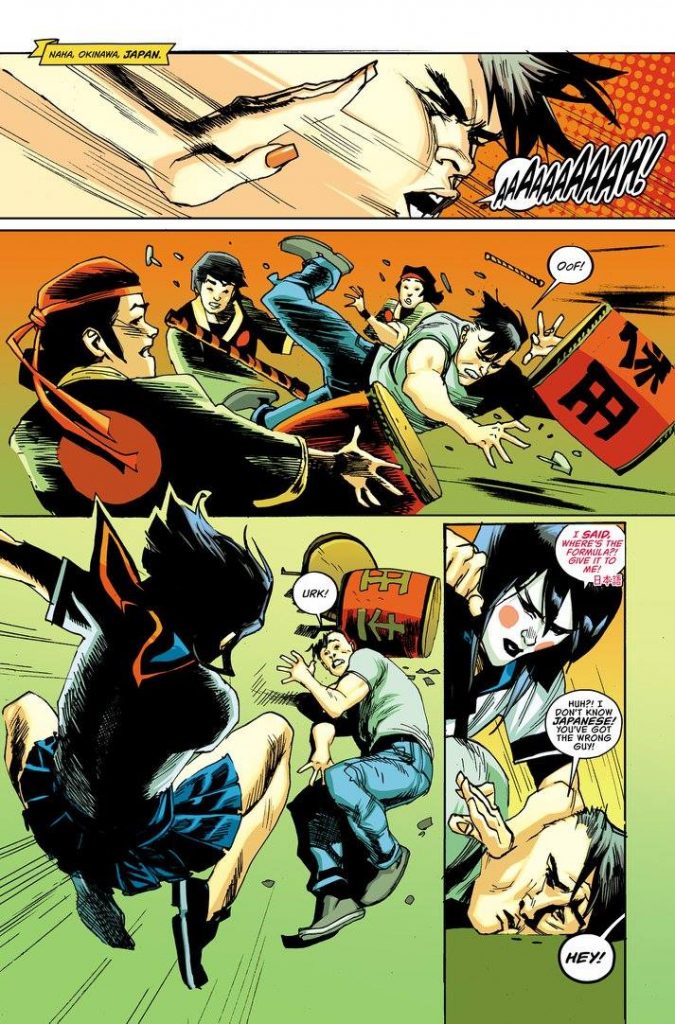 There’s a sense of something larger unraveling in this first issue and that’s good because—first and foremost—it makes me want to keep reading, but mostly because it already separates the book from the semi-anthology feel of the previous run, where most of the issues were individually structured stories that tied into each other on a vague scale and came together as a whole toward the end.

Here, Hope Larson is clearly telling us that there’s a bigger story right off the, well, bat. And I’m definitely planning to stick around and see how it all develops.