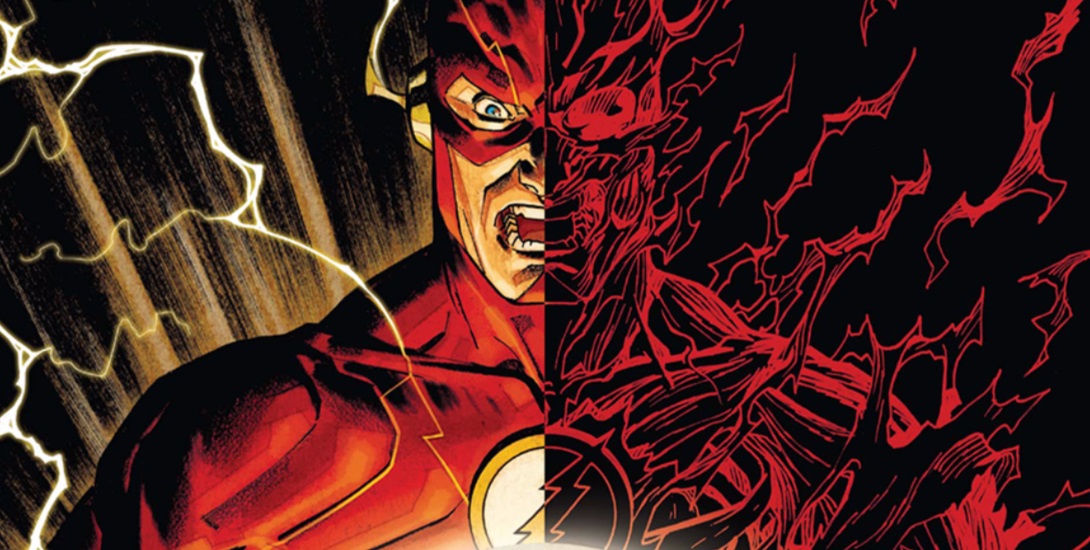 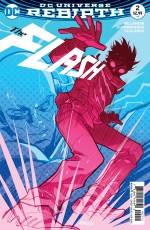 In the latest issue of The Flash, the Speed Force really hits the fan. Barry Allen’s life continues to get complicated, although it’s nothing he can’t handle – at least for now. The events near the end of the issue are a different story, which we will discuss in a bit.

The wealth of this installment sees Barry paired with his cop buddy, August Heart, who recently became a speedster himself. Barry runs tests on him and offers some guidance, but August may not know how to handle them responsibly. If this guy isn’t careful, he may go down a similar path as Sinestro once did and is still my prime suspect as to who will become the villainous Godspeed. For now, he’s seemingly content with being a sidekick of sorts.

Some folks we need to pay attention to are Dr. Carver and the terrorist group known as Black Hole. They’re causing a whole heap of trouble in Central City and there seems to be more to them than meets the eye. I’m not quite sure what they’re overall relevance is yet, but Joshua Williamson is building something great and I trust him implicitly as a storyteller – the fact that he has earned that confidence from me is such short order should say something.

I’m not quite sure if you can consider this a spoiler because it was one of the main selling points for this series when the Rebirth hype starting kicking into high gear this past spring, so I will openly discuss the Speed Force storm. That’s right, a lightning storm breaks out in Central City, striking an undefined number of its inhabitants. This adds a level of complication never before seen in a Flash story and I’m interested to see how Williamson will explore it. Finding out who will become heroes, villains, or just keep to themselves should make for a riveting story arc.

As for the artwork, Carmine Di Giandomenico delivers yet another amazing looking issue. I will again applaud him on his lightning effects and staging action scenes panel to panel. Furthermore, Karl Kerschl supplies one of the most unique covers of the Rebirth era to this point.

This comic book series is every bit as intriguing as the TV show and right now Flash fans deserve no less.