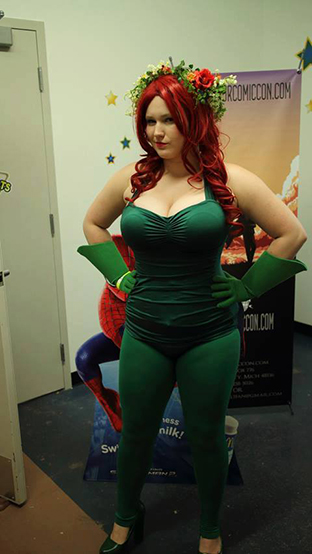 Those who know me are aware the I have the utmost respect for cosplayers, so when I came across one who also doubles as an artist, I knew I had to arrange an interview. Being someone who has given the spotlight to various up-and-comers, especially on my podcast, this seemed like no-brainer.

I was fortunate enough to meet Elizabeth Aubuchon, AKA Comic Chick, at CosPlay Con last month. She just so happened to place second in one of the costume contests and I felt it was deserved, considering she may be my favorite Poison Ivy cosplayer that I’ve encountered in the wild.

Below, you can check out our conversation in which we discussed her origins in cosplay, her aspirations as an artist, and much more.

DKN: How did you get your start in cosplay?

Elizabeth Aubuchon: Well, I’ve always been into comic books, but my senior year they cut a bunch of the art classes I was going to take, so I got shoved into a bunch of random classes, including a student government class. I tried to make the best of it, so when we had to come up with themes for Spirit Week, I suggested Superhero/Supervillain day, and it got picked. So I made my first Poison Ivy costume, which was pretty awful because I had to follow the school’s dress code, so it was basically a green dress with vines wrapped everywhere.

I started to get more into cosplay after I started attending an art school where there was a huge Halloween party each year. I remade my Ivy cosplay for the party my first year there, and the friends I made (largely because we unintentionally had matching costumes that year) all went to cons and got me to start going to them.

DKN: What attracts you to the character of Poison Ivy and inspires you to bring various iterations of her to life?

EA: Pamela Isley is a pretty complicated woman: she started off as a shy scientist who Dr. Jason Woodrue took advantage of and experimented on, which ultimately lead to her becoming Poison Ivy. As Ivy, no man can ever harm her again, and instead of being controlled or overpowered by them, she can control them with her toxins, pheromones and mind control powers. Ivy is incredibly independent and honestly believes in what she’s doing. Most humans let her down, but plants and the environment never hurt her, and she does her best to protect them albeit in a morally ambiguous way.

I started identifying heavily with Ivy in high school when one of my best friends (a big hearted bubbly blonde) ended up in a super toxic relationship that I couldn’t get her out of, no matter how hard I tried. I understood how frustrated and heartbroken Ivy felt each time Harley went back to the Joker, just to watch him hurt her again and again, and that familiarity of our situation really cemented Ivy as one of my favorite characters. 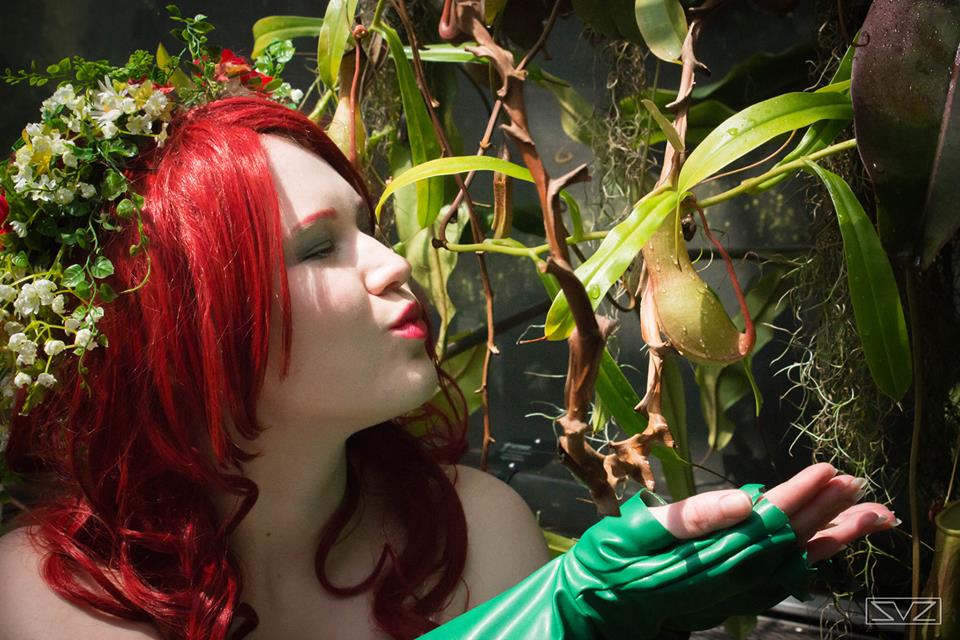 DKN: Was your second place win at CosPlay Con your first award in the field? If so, did it come as a surprise?

EA: Yes, it was my first win and it was a total surprise! I’d never really entered a cosplay contest before, except for a small one at a Renaissance festival last year and I was so excited when they called me up. I couldn’t stop smiling.

DKN: Now, you’re also an artist. Is your creative process for costume creation at all similar to when you put pencil to paper or do you view them as separate experiences entirely?

EA: It really depends on the costume. I usually sketch out a few different views of what I want the final costume to look like. If the costume is based on a design that already exists, I’ll just sketch out a simple front view of it with notes about materials and colors. If I’m coming up with a totally unique design, I’ll sketch out several views and go through a few drafts before I have a design I’m happy with. The main difference is that eventually this idea is going to be translated into 3D, whereas I normally work 2D as an artist. 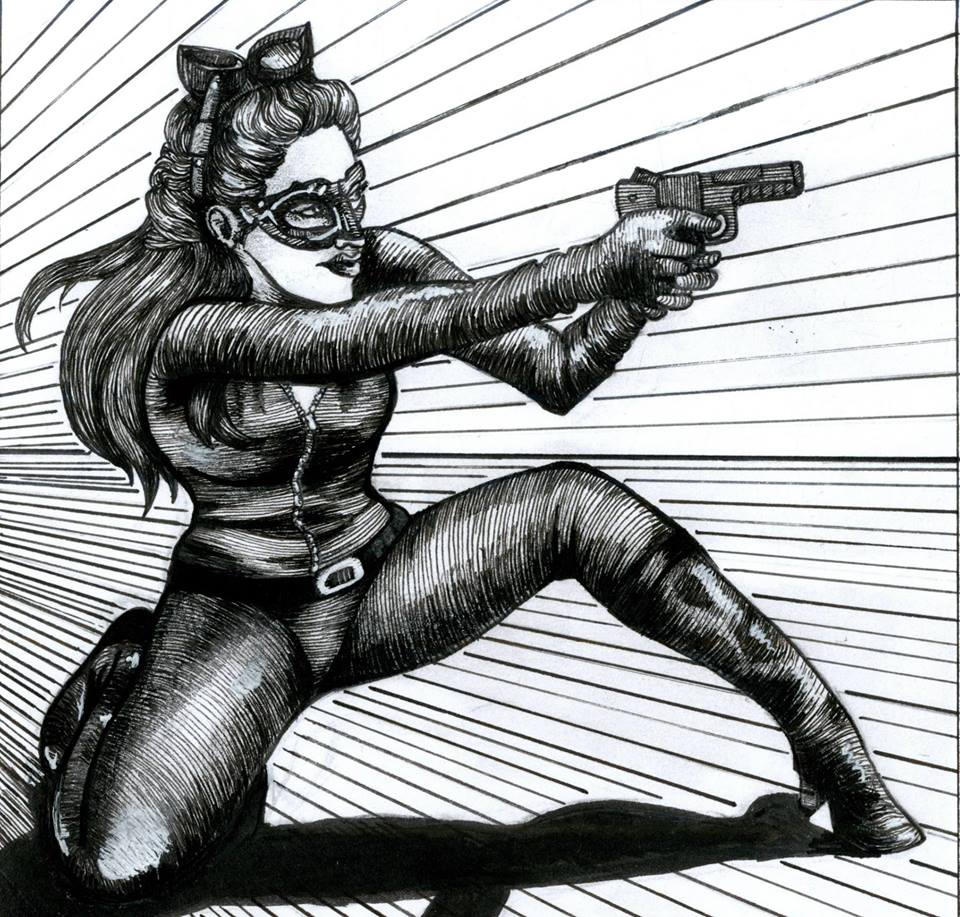 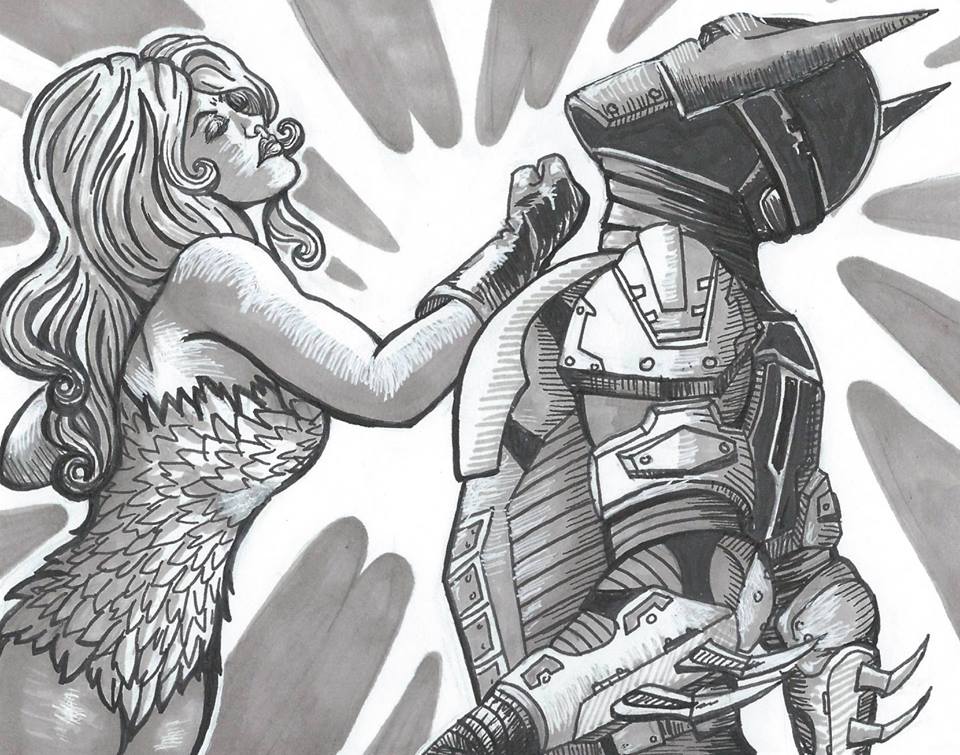 DKN: Do you wish to become a comic book artist or do you more so see yourself as someone who will display their work in a gallery?

EA: Ideally, I would love to do both. I love comics and always have, but like all creative careers, it’s a pretty competitive field and even if my comic inspired art doesn’t make it to the covers of issues, or even inside, I still have a great time making them and selling prints. I’ve even used cosplay photo shoots I’ve been in as reference for some of my pieces. 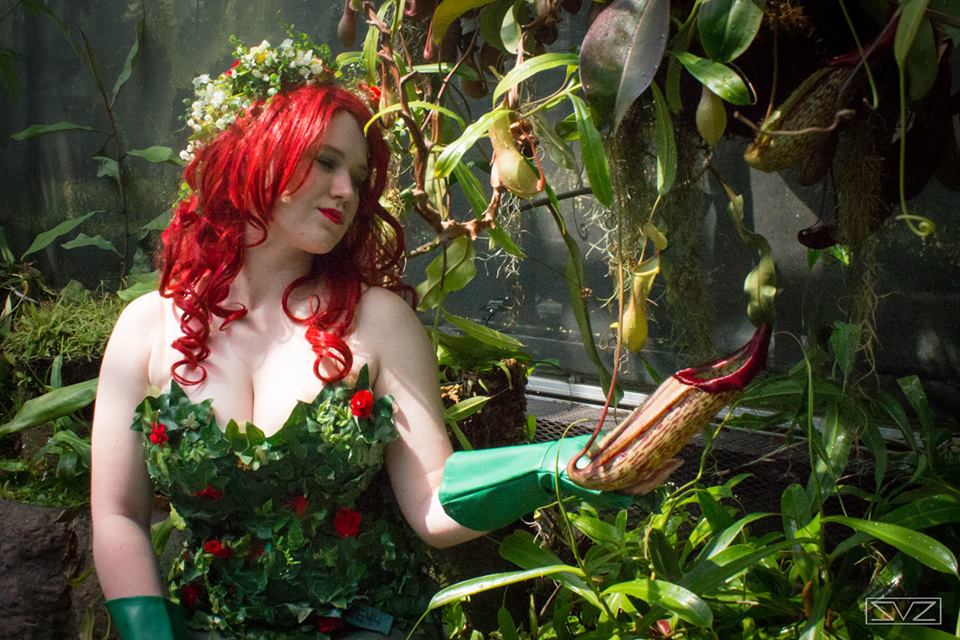 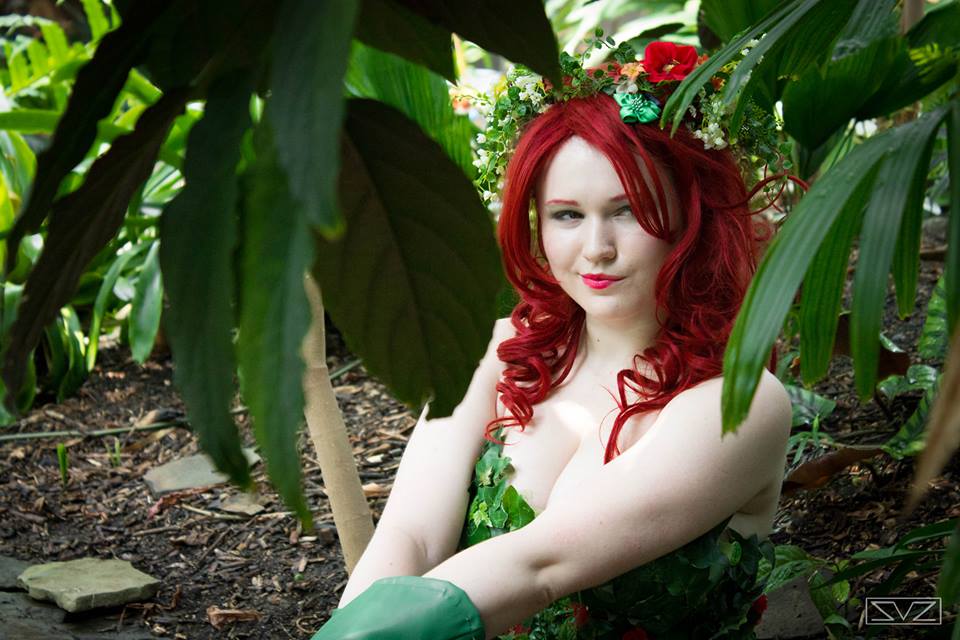 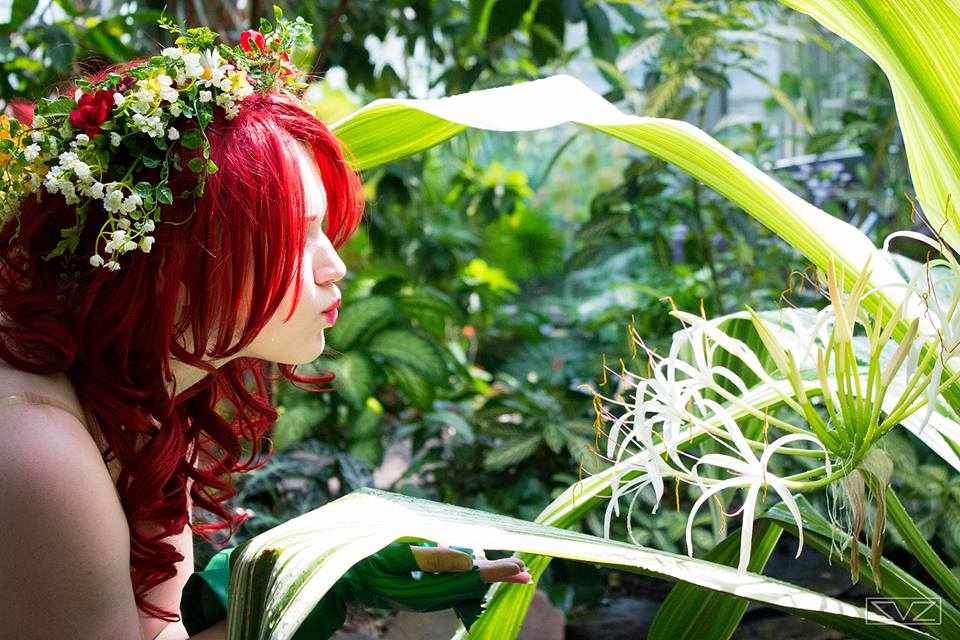 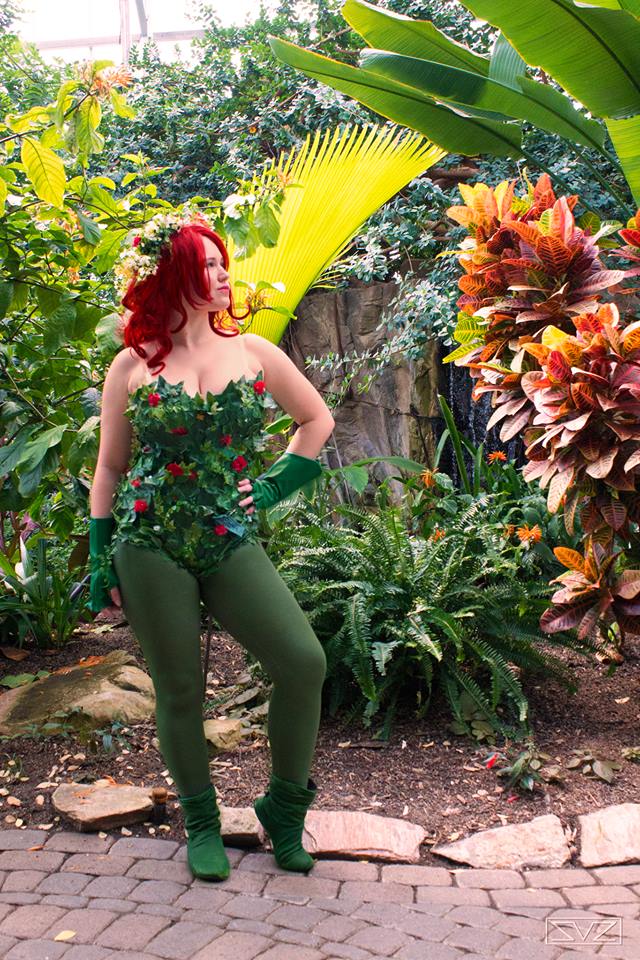 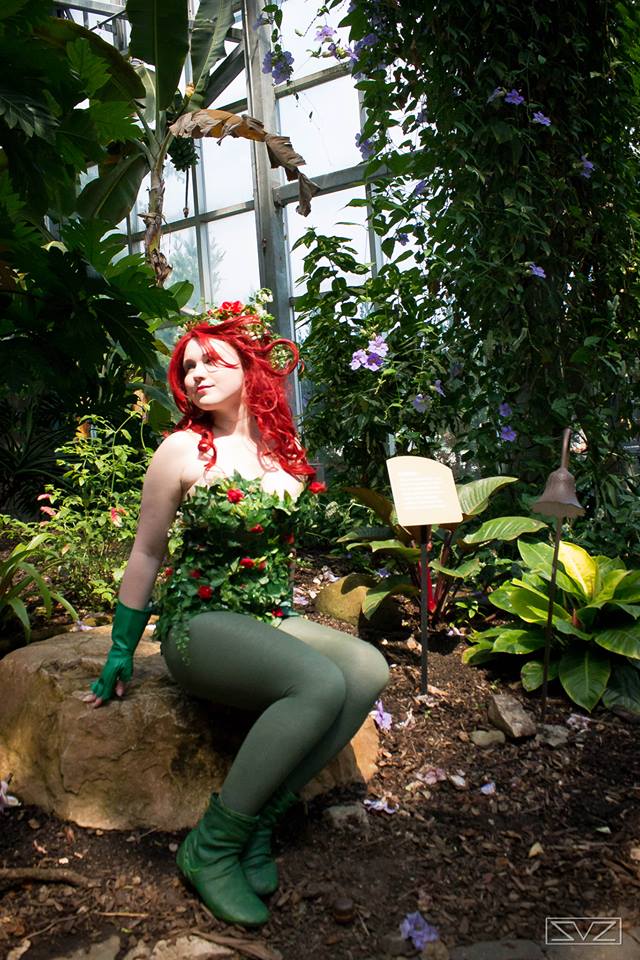 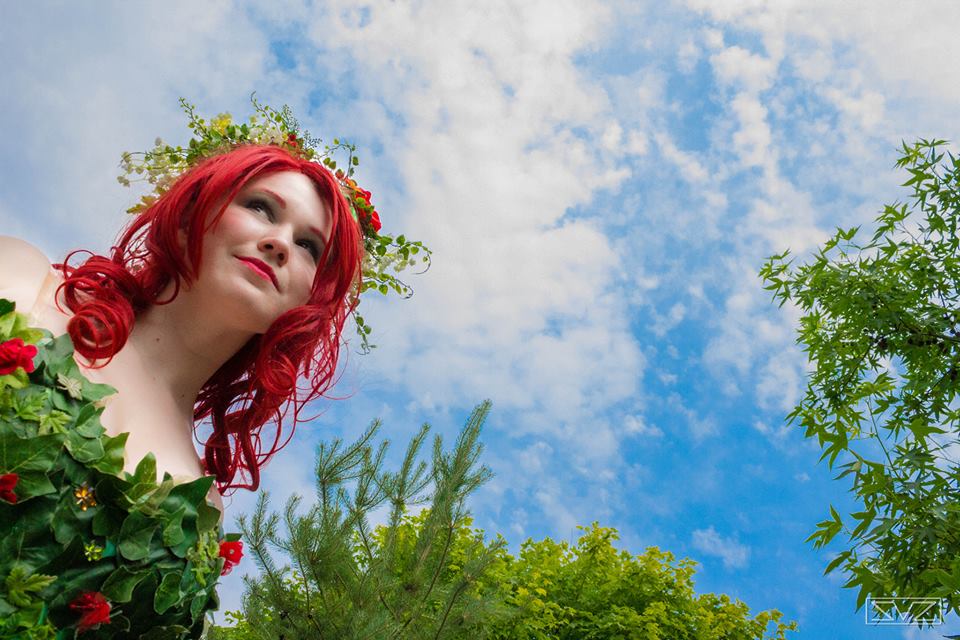 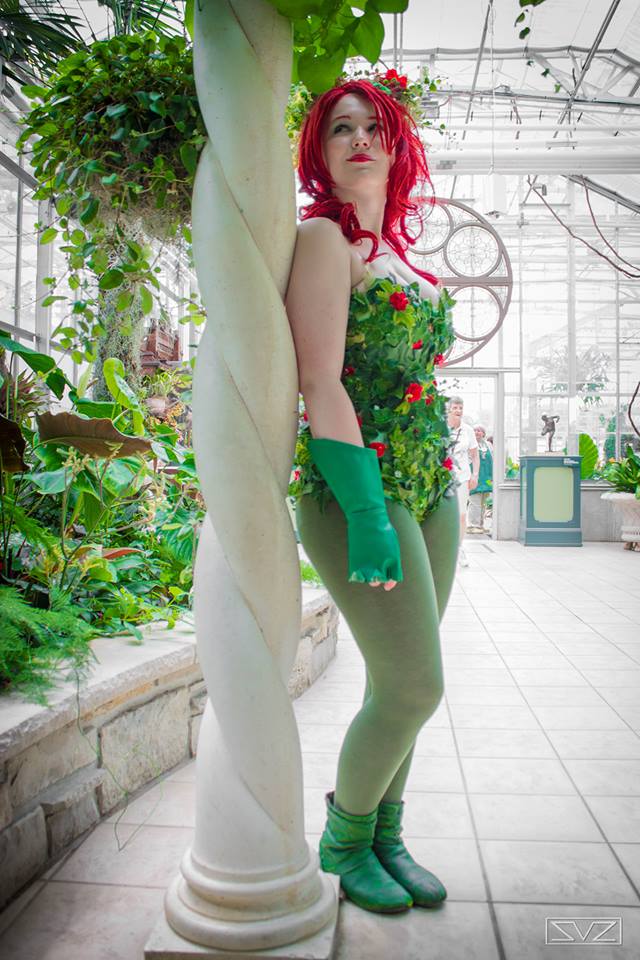 All photos taken by Stephanie Zwart unless otherwise indicated.