It is time to celebrate! The digital version of Batman v Superman: Dawn of Justice Ultimate Edition is here!

Having not seen the film since its opening weekend, I was excited to give Batman v Superman: Dawn of Justice another look. I still believe that the opening sequence, with young Bruce running through the woods, submersed in a score of piano and strings, was a great depiction of the inevitable Thomas and Martha Wayne death scene. While I am an advocate for trusting audiences enough that we don’t need an origin recap in every comic book movie, I can’t help but enjoy this sequence immensely. Of course, this scene was in the original version of the film, and since this article is meant to inform on the extended content in the Ultimate Edition, let’s dive into that.

We’ve heard about multiple cuts of this film over the past few months. Zack Snyder almost immediately said that Warner Bros. wanted to initially release a shorter cut, closer to 2.5 hours, with the promise to film a complete three hour cut later down the road. There was also some talk of an even longer cut, but that was never confirmed.

Having seen the original version three times, I was confident enough to spot the added material. I won’t divulge every piece of extended footage, but I’ll try to highlight the areas that are most interesting. The first piece of extended footage comes while Bruce is walking through the smoke and debris of the fallen Wayne Tower in Metropolis. Before he finds the security guard named Wallace, he encounters a row of children (perhaps a daycare for the employees of the building) being guided through the chaos. Bruce picks a little girl that got separated from the hand-in-hand line, and returns her to the group. While there isn’t a huge revelation within this extended scene, it does show more of Bruce’s human/caring side (something many complained was lacking in the film).

The next bit of extended footage involves Lois Lane briefly meeting with her substitute photographer, Jimmy Olsen, before they are driven to see the general at the African desert compound. The theatrical cut didn’t linger on the fact that this undercover operative was actually named Jimmy Olsen, and perhaps that was a good decision. Even in the Ultimate Edition, it still feels like they turned Olsen into a fairly disposable character with less than a minute of screen time before his death. We get a little more of Olsen’s execution, and then see some footage of an elite military team watching through a drone before riding on horseback to engage. Without covering every detail of this scene, it is clear that some of the extended material (headshots, burning bodies) would account for the R-rating. By the time the good guys arrive, we see a little more of the carnage left behind that serves as the purpose for the Senate hearing regarding Superman’s involvement.

One of the major complaints about the theatrical cut of the film seemed to be that Batman/Bruce Wayne didn’t have enough reason to be so angry at Superman, and neither did the world. The Ultimate Edition focuses more on the events in the desert and how they spilled over here in America to give the citizens of Metropolis reason to doubt Superman. On the flip side, the extended version also shows more of Lex Luthor’s work behind the scenes to paint Batman in the darkest light possible. We see a fairly brutal scene wherein Lex orchestrates the death of an inmate, one branded with the Bat symbol, with the help of the KGBEAST. This scene, plus another couple scenes which involved Clark Kent investigating some stories in Gotham, provide some story points that make the overall film flow so much better. While this is a longer cut, it certainly doesn’t feel like it when these extra scenes fill in the blanks that seemed to be clearly missing from the first version we saw in cinemas.

A majority of the rest of the extended content involves lengthened scenes that were simply cut shorter for the theatrical cut. These cuts for time felt abrupt and quite jarring at times, while the extended versions definitely transition better. Extended dialogue between Bruce and Alfred gives us a little more insight into the character of Batman, and allows the audience to feel more for his inner turmoil. There are also some amazing shots added to the actual fight between Batman and Superman, as well as some footage added to the Doomsday battle. These exchanges, while beautiful to watch, did seem short in the theatrical cut. The added content does a wonderful job of filling the battles out a bit more, and gives us the full fights that we all wanted to see.

The Ultimate Edition also includes the deleted scene that Warner Bros. shared with us a few months back, entitled “Communion,” which shows Lex wading in a pool of blood while seemingly worshipping a hologram of a beast, whom we now know to be Steppenwolf, holding three Mother Boxes. You can view that scene below.

Finally, some extended dialogue between Batman and Lex Luthor, in the prison, seems to set up Justice League as well as give us a little more of the sinister side of Lex (instead of the crazy side). We learn that not only does Lex know who Superman is, but he apparently knows who Batman is as well. This was hinted at in the theatrical cut, when we saw Bruce reading all the bold red messages written on the returned checks of the crippled security guard, Wallace. This confirmation, however, along with other additional dialogue in the film, cements Lex’s intellect amongst his crazy antics.

Does the Ultimate Edition fix all the problems of Batman v Superman: Dawn of Justice? The simple answer is no. It is a much better film, and I do believe it will please the masses. There are still some story elements that I have issues with. For example, I don’t understand why Clark Kent/Superman would not know about the Batman. The extended footage in this new cut shows him learning about the Batman through some residents of Gotham, but I just don’t see how he couldn’t know about vigilante across the bay from Metropolis. This, however, is a minor complaint of the overall story. Unlike other major comic books films released in recent months, of which I also enjoyed, I did like that there was less coincidental story elements in Batman v Superman: Dawn of Justice. Character motivations, encounters, and sinister plots, were based more on planning and execution than mere chance and luck.

The Ultimate Edition truly brings Zack Snyder’s vision to fruition. Save for the R-rated content, I honestly do not know why Warner Bros. didn’t go for this cut. There is blood splatter, language, and more violent shots in this version for sure, but the best part of this cut is the fuller story that it delivers. In comparison, it really feels like the theatrical cut was an incomplete draft of the actual film. I understand that a 2.5 hour film probably tracks better than a three hour film, but I do think that Warner Bros. dropped the ball when they cut out so many story elements in favor of a shorter, less cohesive version to present to the masses on opening day. Zack Snyder is known for his extended cuts, but in this case, the Ultimate Edition simply feels like the actual film and not the “cut for commercials” version one would expect on television. 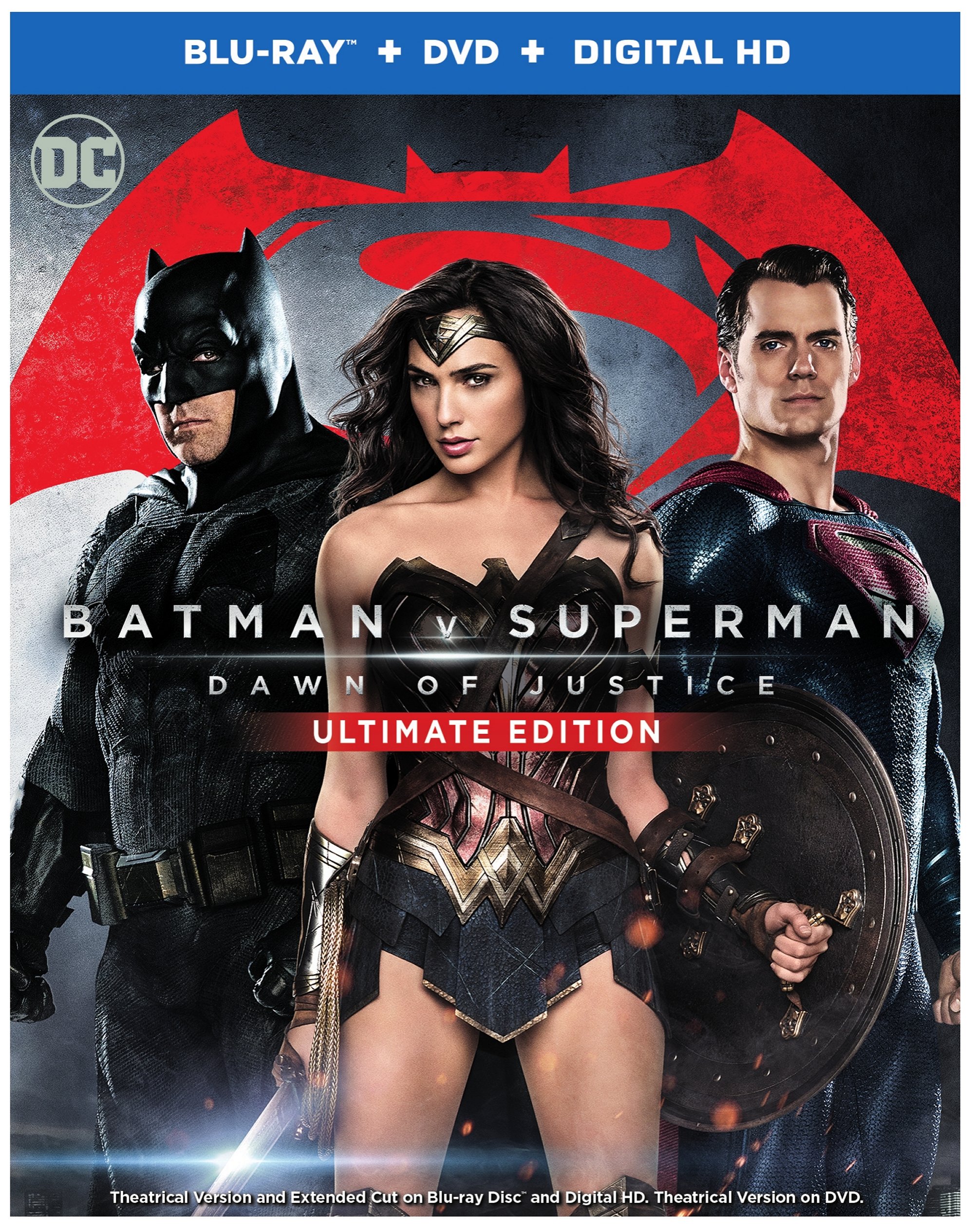 Since this is a review, a score is in order. I absolutely love this Ultimate Edition, and am frankly amazed that it was made to begin with. The film, however, is not without flaws. That being said, I do not believe those flaws decrease the value of the film by any significant amount.