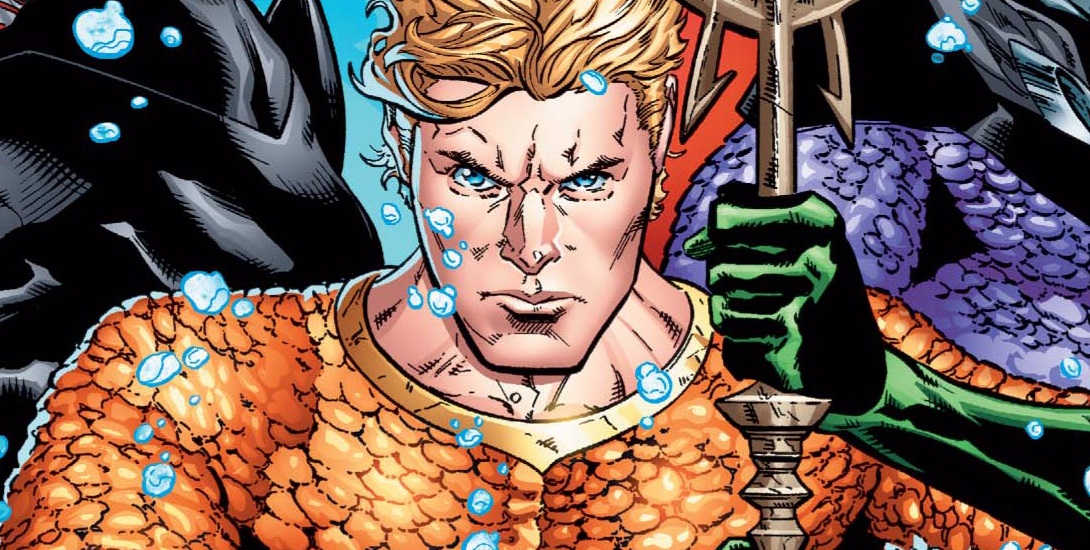 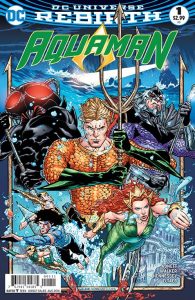 If you are a seasoned Aquaman reader and felt you didn’t learn anything new from the Rebirth one-shot two weeks ago, fret not because things kick into high gear here. And yes, I’m well aware that I’m starting this review much similarly to my one for Wonder Woman #1 earlier today, but that’s because both series got off to a comparable start – only the first full issue of this impressed me much more.

Dan Abnett not only writes Aquaman as good of a diplomat as he is a hero – mind you he’s on a quest to unite Atlantis with the surface world – but also has a great grasp on Mera. This is strongly important and she is presented as the best ally Arthur could ever hope for: she’s his lover, confidant, and soon-to-be wife. In short, she’s by his side during every moment that matters. Come to think of it, there may not be a better match in the entire DC Universe than these two.

On the other side of the coin, we have a quintessential villain in Black Manta. This guy stalks from afar, picks his spots, and attacks without remorse. He’s a calculating, ruthless bastard who wants to tear down everything Aquaman holds dear. And I’m sure readers wouldn’t have it any other way.

As you can imagine, all of the above factors will make those diplomatic efforts prove difficult. At least the venue, Spindrift Station, looks quite breathtaking and acts as an embassy of Atlantis. Credit artist Brad Walker, who seems to be a good fit for this series and has a handle on the various characters as well as water effects. The latter may sound inconsequential, but it’s a must for working on this book.

On a side note, I know 2018’s Aquaman movie is a much different beast, but I can’t wait to see Arthur and Mera do the things they do on the silver screen. You will see what I mean when Mera holds up the wall, so to speak.

Without a doubt, Aquaman #1 serves as a solid debut. If this keeps up, we may be talking about this opening arc much like we did The Trench several years ago.