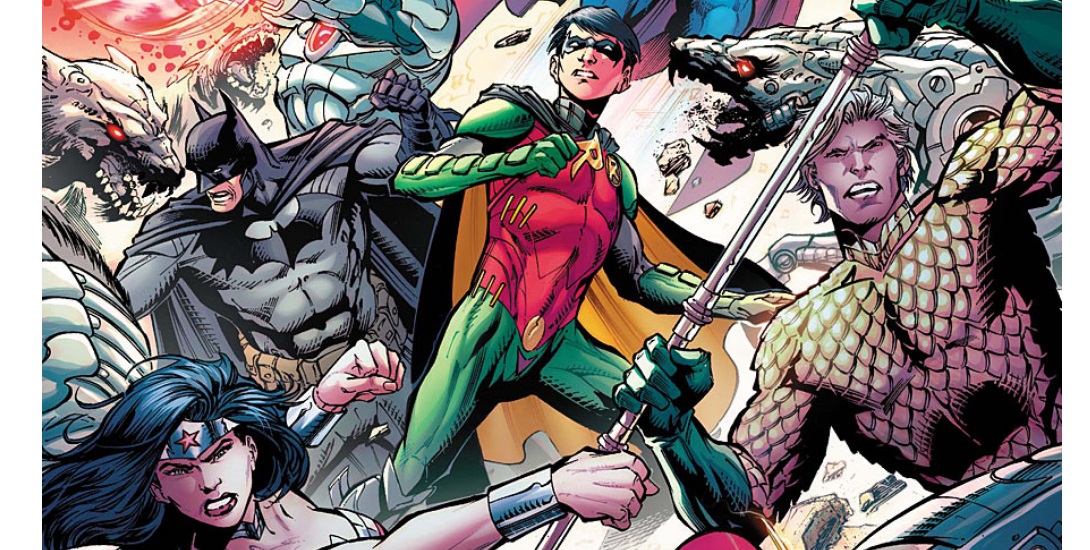 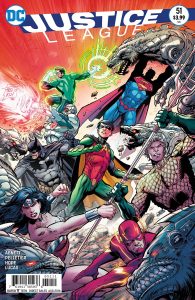 Geoff Johns’ incredible run on Justice League may be over, but DC still intends to hit that magic “52” mark. Because of that, we have been given a book this week that flashes back to the early days of The New 52 and details the first meeting between Robin/Dick Grayson and the Justice League at large.

To be quite honest, it feels kind of odd to go back to the beginning of The New 52 right now due to the fact that Rebirth is already in full swing. They strongly recommend that you read this before delving into Titans: Rebirth #1 and, if you purchased both books, you should read this one first – just know that if you can afford only one, go with Titans. Trust me, you won’t be lost.

As it turns out, when the JL defeated Darkseid five years ago, they opened a door to something else. As a result, three separate threats have seeped through the cracks and provide our heroes with a myriad of headaches. Said threats are connected, yet not connected. Yes, I’m being cryptic as not to spoil too much.

Robin demands much of the spotlight in this issue and I didn’t mind it at all, considering that I do like seeing Dick Grayson’s earlier days in New 52 continuity. Let’s not forget that they jumped right in with him as Nightwing, so I like to read things that fill in gaps. Not only that, his interaction with Cyborg was a highlight; I felt Vic showed great wisdom beyond his years when offering words of encouragement to the young Robin.

I feel as though Abnett may have had a bit much on his plate for this issue, but it did make for an enjoyable done-in-one story. It also helped that Paul Pelletier rendered some truly spectacular action scenes. Seriously, take some time to look at how much work he put into each panel.

And am I the only one who noticed how they emphasized the word CRISIS?