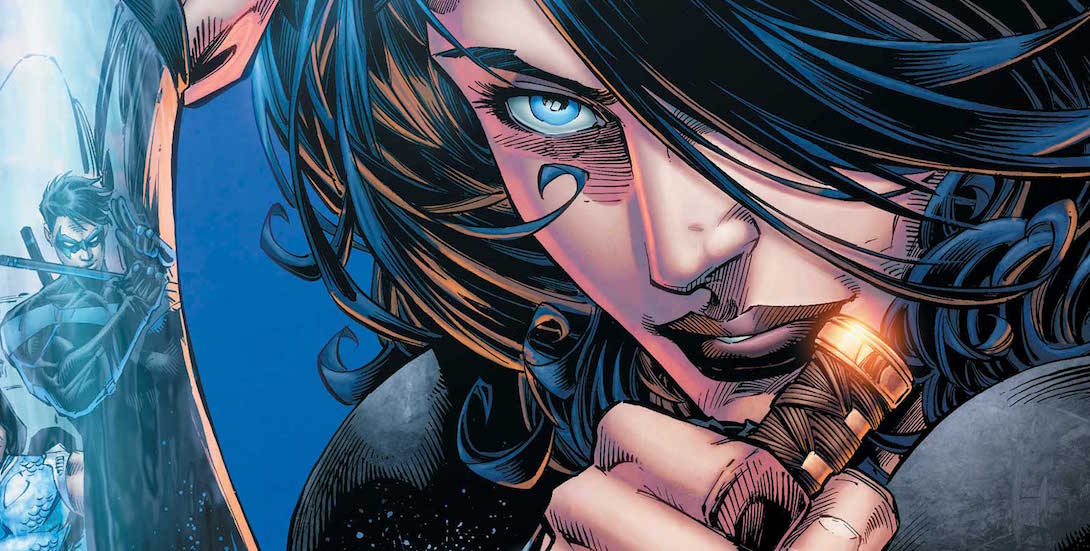 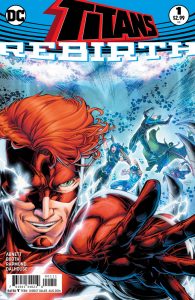 Now this is one comic book you won’t want to miss! And by that, I’m not just talking quality. If The Flash: Rebirth #1 could be termed the spiritual sequel to DC Universe: Rebirth #1, then this is most assuredly the threequel. Should you fancy yourself as someone who needs to be up to speed on the most important happenings in the DCU, I recommend that you pick up this.

Before I proceed further, I just want to say that I’m such a fan of the visual magic that Brett Both, Norm Rapmund, and Andrew Dalhouse create when they come together. Thanks to them, Wally West’s new costume especially rocks.

Picking up on threads from Titans Hunt, this book acknowledges that a classic Teen Titans lineup existed at some point. And, in case you’re wondering, the other heroes featured are Nightwing (who looks great back in black and blue), Donna Troy, Arsenal, Aqualad, and Lilith. Wally manages to jog their Pre-Flashpoint memories, making him the key to a lock that I can’t quite yet define.

Dan Abnett is at the helm of a must read team-up book that will most assuredly give Justice League a run for its money as it seeks to unravel the great mystery currently surrounding the DCU. It also further restores the sense of optimism in comics that is part of Geoff Johns’ mission statement for Rebirth. Needless to say, this is one of the strongest one-shots to be released this month.