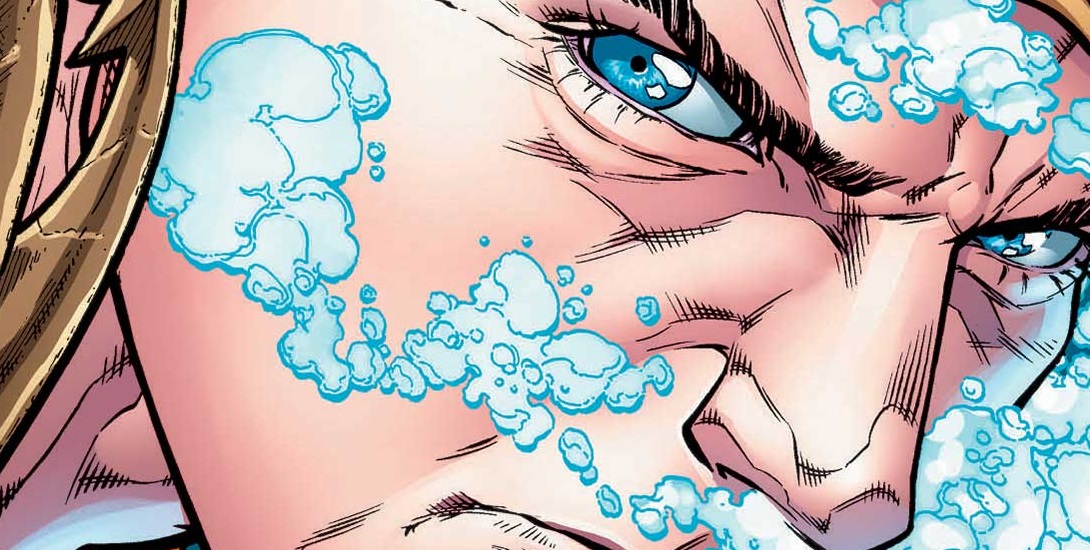 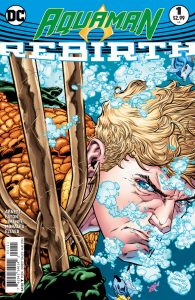 Alright, here’s the deal: I may not have been exactly (ocean) floored by this one-shot, but I do feel the King of Atlantis is in good hands.  Dan Abnett continues the thread involving Arthur Curry attempting to build a bridge between Atlantis and the surface world that was established in the final issues of the New 52 run. You need not have read those, as this will basically tell you what you need to know going into the release of Aquaman #1 two weeks from now.

Abnett gives us a decidedly modern take on Aquaman with somewhat of a Silver Age sense of adventurism. He stresses Arthur’s significance in the world, addresses how the mainstream sees him as a joke when we comic book readers know how truly bad ass he is, and shows how cool and fantastical life under the sea can be when Aquaman takes on a terrorist group known as the Deluge.

The narration given is about as powerful as what could be read in Len Wein’s recent Swamp Thing mini-series, only it’s given not given by the author in this case. Throughout your read, you will notice the person in question has a bit of a slanted view on the King of Atlantis and is ultimately revealed to be a familiar villain who will have a huge role going forward. If you’re familiar with Aquaman, you likely won’t have to strain yourself too hard in figuring out who it is, but if Abnett is aiming to tell a definitive tale, this is someone you can’t fault him for including.

Again, we have a Rebirth title with two contrasting artists in Scot Eaton and Oscar Jimenez, but in their defense, they really do bring it. Incoming artist Brad Walker doesn’t actually contribute to the interiors, although you can look to the cover if you want to get an idea of what to expect. I guess that’s another thing to look forward to in two weeks.

Much like Wonder Woman: Rebirth #1, this is a nice primer, but doesn’t teach the already initiated much that is new. I can, however, see new readers really getting a kick out of this. Truth be told, I did enjoy this more than the aforementioned book about the Amazon Princess even if they both were awarded the same score.