Peter David is a very prolific writer known for his long-running stint on Marvel’s X-Factor. But his prolificacy comes in many different forms, having written for DC’s Young Justice title back in the late ’90s as well as the animated series created by Brandon Vietti and Greg Weisman. Reaching further back, he has also written the novelization for Batman Forever.

At MegaCon 2016, I had the privilege to speak to him briefly in between many adoring fans who wanted a chance to meet this comic book legend. We spoke a little about his run on the Young Justice comic book series, his skill at crafting great female characters, and even his take on the Batman series of movies. 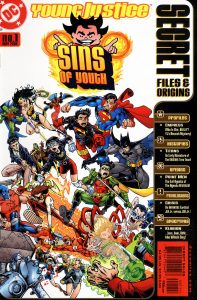 DKN: You have more experience in Marvel than DC, what specifically drew you to the Young Justice title back in the late ’90s, early 2000s?

Peter David: They asked me to write it. DC contacted me. They were going to be doing the Young Justice title. They felt that I would be the right person to write it. I was a little apprehensive at first because it was Superboy, Robin, and Impulse, who are all characters in other books. So I was worried about how limited I would be with the characters. What helped with the books tremendously was when I introduced the female characters because writing a story with three teen boys as my protagonists was a little bit of a problem since I didn’t have an extensive amount of experience with teen boys. However, I had, at that point, three daughters. Writing female characters came much more naturally to me. Once I introduced the females, I think the series really took off.

DKN: How different is it writing for those characters on TV than in a comic book?

PD: Well, they’re fundamentally different characters. I mean, the original Young Justice comic book series was somewhat tongue-in-cheek and humorous. Young Justice the animated series was many things, but tremendously humorous, it wasn’t. It was much more straight-up action-adventure. The characters were somewhat different in terms of their tones and personality. I really didn’t feel like I was writing the comic book Robin, when I was writing the Robin from Young Justice [animated series]. 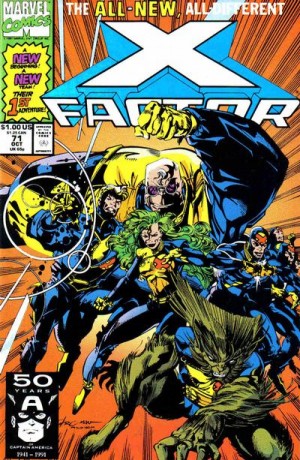 Peter David is the longest-running writer for Marvel’s X-Factor.

DKN: As the longest-running X-Factor writer, it seems that you have a penchant for teams. What is it about team-based titles that you enjoy writing?

PD: Well, it makes it more stimulating because if you have a team, you have inherent conflict, if you have the right members on the team. I always try and select the team with the members who are going to be in conflict in one way, shape or form because that’s where all drama comes from. If everybody gets along fine, you don’t have drama. That was part of the problem with Star Trek: The Next Generation. Everyone got on fine, so there was a lack of drama. That never happens in a team book.

DKN: You wrote the novelization for Batman Forever. How did you feel about the backlash to the film? 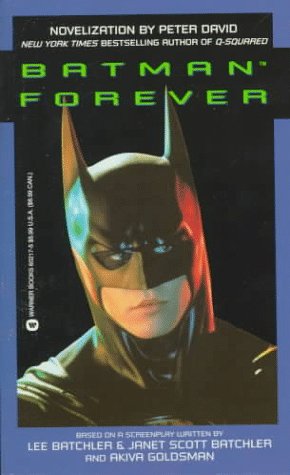 DC and WB asked Peter David to write the novelization of Batman Forever.

PD: Well, it was certainly less of a backlash against Batman and Robin. It kind of amused me because when they were originally doing the first Batman movie, fans protested because they said Michael Keaton was not remotely what they imagined as Bruce Wayne. They came to fall in love with Michael Keaton. Val Kilmer was actually much more consistent with what fans would have pictured Bruce Wayne looking like, but they were so accustomed to the Michael Keaton version, that they didn’t know what to do with Kilmer. I thought the script had problems, which I tried to address and work out in the novelization, but then, on the other hand, like I said, they eventually did Batman and Robin and that made the previous movie look way better.

DKN: Do you have a favorite of those four movies?

PD: Probably, the first one. You have Jack Nicholson as the Joker. You really can’t go wrong with that.

DKN: Since writing the novelization, were you ever drawn to the character again?

PD: I have written for Batman on occasion, I never wrote the comic book, but certainly writing for Batman is entertaining.

DKN: If given the choice, which character of the Batfamily would you write for?

PD: Well, Batman, I guess. I mean, he’s the main guy. I would love to do Batman stories, but that’s not going to be happening any time in the near or far future as long as I continue to be quite happily employed at Marvel comics.