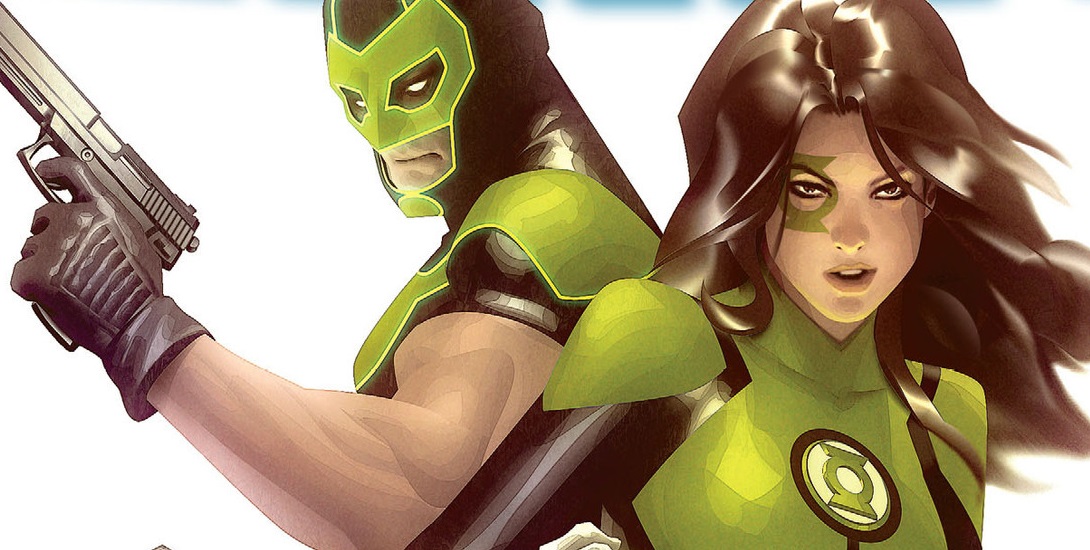 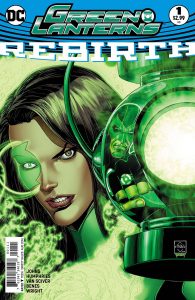 That’s not a typo in the headline. The book is indeed titled Green Lanterns, plural. It may seem like such a simple change, but the flagship book for ringslingers will now focus on rookies Simon Baz and Jessica Cruz. Every Green Lantern from Earth has had their time in the sun at some point in the past few decades, so let’s give these two a chance to burn bright.

What may make many a GL fan take a chance on this one-shot is the fact that it’s co-written by Geoff Johns, who has penned classics such as Green Lantern: Rebirth, Sinestro Corps War, Rage of the Red Lanterns, and, of course, Blackest Night. His passing of the torch to incoming writer Sam Humphries was a classy thing to do and made for a read that exceeded my expectations, which were high to begin with. I’m freely admitting this was one of the Rebirth titles I was most looking forward to.

It was also nice to see Ethan Van Sciver playing in this corner of the DC Universe again; drawing lightsmiths fits him like a glove. Ed Benes also contributed some good looking pages, but I believe Van Sciver handled the bulk of it. It looked to me as though Van Sciver took on the more grandiose and iconic looking images, whereas Benes brought the more personal, emotional scenes to life.

From the opening page, you get the feeling that this is the start of something special and it seems as though the mythology is about to expand as it does with any good GL story.  They tout the forthcoming arc, Red Dawn, as though it will be of the same ilk as definitive tales such as Blackest Night and Brightest Day. I seriously hope they’re right because that means nothing but good days are ahead for we the fans.

It was good to see Simon Baz become more of the focus, as I mentioned earlier. I’ve felt he’s been on the backburner somewhat since his introduction in 2012, which was apparently a few weeks ago in comic book time. He and Jessica have a bit of a rocky start, but they’ll need to get along for the sake of Sector 2814. Hal Jordan decides to make things interesting by making them share a single power battery and introduces them to the Justice League.

Yes, quite a bit of foundation is laid and we are given but a glimpse at the highest of Red Lanterns, who are seeking a new prize that is kept mysterious. Although Johns provides an assist, it seems Humphries is certainly on the right track. This one-shot has given the GL franchise, which I felt grew stale not long after Dark Days, a much needed shot in the arm.