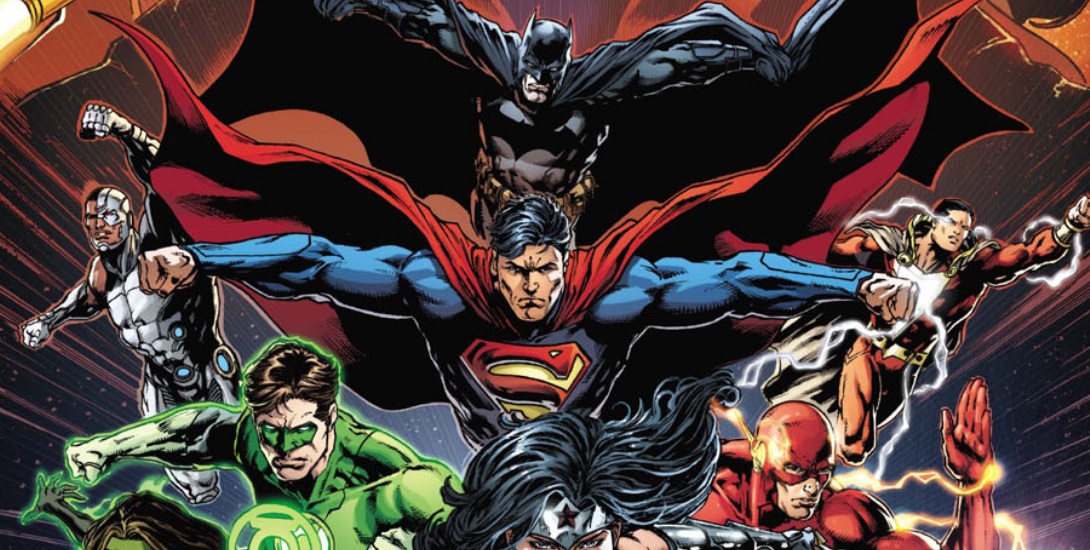 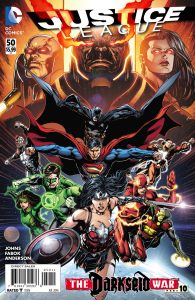 Although many will be chatting about this week’s release of DC Universe: Rebirth #1, it’s important that we don’t forget about another key release penned by Geoff Johns. Justice League #50 not only marks the end of Johns’ five year run on the title, but should also be read before diving into the Rebirth one-shot. You were wondering why I elected to read and review it first, weren’t you? There is a method to my madness, after all.

It’s no secret that this title has seen delays in recent months, but I felt this issue was well worth the wait. Not only did Johns succeed in delivering a climax of everything the past five years have built to, there’s also the matter of Jason Fabok’s artwork to address: his nuances and details are without peer. I can’t wait to see which title he is placed on next.

The opening page succinctly catches us up on the major events that took place over the course of “Darkseid War,” which actually wasn’t a bad decision since there will likely be many casual readers picking this up. Those buying on impulse will be rewarded, as each character is given their proper spots and are not without emotional resonance.

A major component in this issue is the revealing of the lineage and purpose of Superwoman’s son; it also solved the problem of removing the god powers from the Leaguers in one fell swoop. I don’t want to connect any dots for you, but that baby will have major ramifications on the DC Universe.

On a, um, somewhat related topic, Darkseid does indeed make his return. I won’t spoil how it happens (you’ll likely roll your eyes at me once you realize how I conveniently structured these paragraphs), but I’m ecstatic that he’s back. The DCU wouldn’t be the same without him and it would have felt weird for him to appear in only the first act of a story called “Darkseid War.” It’s also worth mentioning that he’s got some cool new threads, although I’m not sure he will appear in them again. That’s all I’ll say.

Do know that Batman is finally off the Mobius chair and the wherefore is quite clever. I just have one question: did he not go to the bathroom this entire time?

To be vague, I will say the war ends quite neatly, new plot points are introduced to one day be explored upon, and a certain someone finally gets a new piece of jewelry. The thing I’m highly indifferent about is the Joker reveal. While they didn’t divulge his true name, what’s said will likely cause controversy. I still don’t know what to think, but I will keep an open mind and go along for the ride.

If you have fond memories of his Green Lantern finale, you know Johns can deliver a conclusion that few others can. This is no exception.