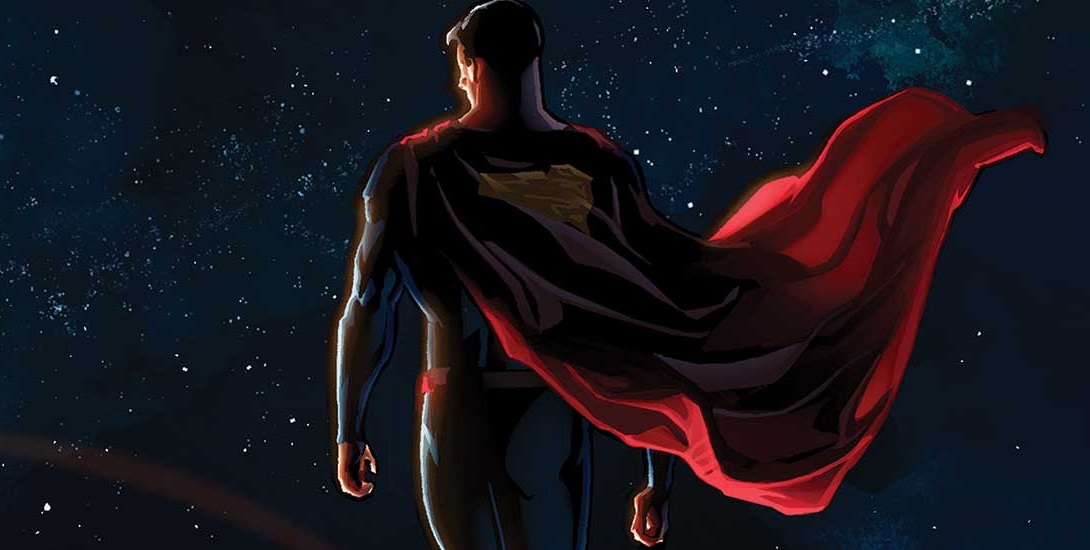 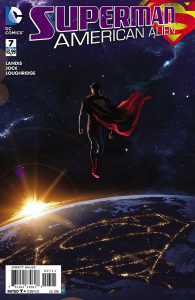 This week marks the end of a seven month journey that I have enjoyed immensely. Superman: American Alien has been an incredible ride that took the familiar concept of the Man of Steel’s formative years and put a spin on it that had never been seen before while never straying from what we have held dear. What’s also amazing is that Max Landis never once lost sight of his focus on Clark Kent the man. Sure, it says “Superman” on the cover, as it should, but his ever present humanity that so many claim isn’t there has been the guiding force.

The final artist to put his stamp on this story is none other than Jock, a fine penciler that I think many of you know. If you loved his work on Batman: The Black Mirror, I think you will really dig this. I liked his little touches on Superman’s costume: it looks like it has been put together by an amateur and the colors on his insignia run. Hey, just because you can shoot fire from your eyes doesn’t necessarily mean you’re a Hero of Cosplay.

Landis promised the most violent Superman fight you have ever seen in this issue. While I haven’t read every story since 1938, I can tell you that what’s offered makes Lucha Underground look tame. Lobo shows up to commit a massive atrocity and shines light on how this iteration of Superman has yet to face a truly big challenge. Those yearning for a more classic take on the Main Man should be pleased and I will say that both characters get some brutal shots in.

The impact the skirmish had on the planet is succinctly, yet effectively, gotten across. This issue was rather action packed and tipped the scales on that side a bit much perhaps, yet the story never lost its heart.

As for the ending itself, it not only leaves you wanting more, but also hints at more. There’s so much material that Landis could reinterpret and I really hope he has the chance to in a sequel that can’t come soon enough. But before then, I have one request: PLEASE PUT MAX LANDIS ON A BATMAN MINI-SERIES ASAP. 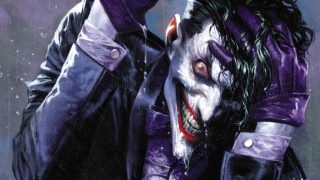 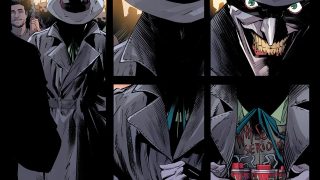