Review: Superman: The Coming of the Supermen #4 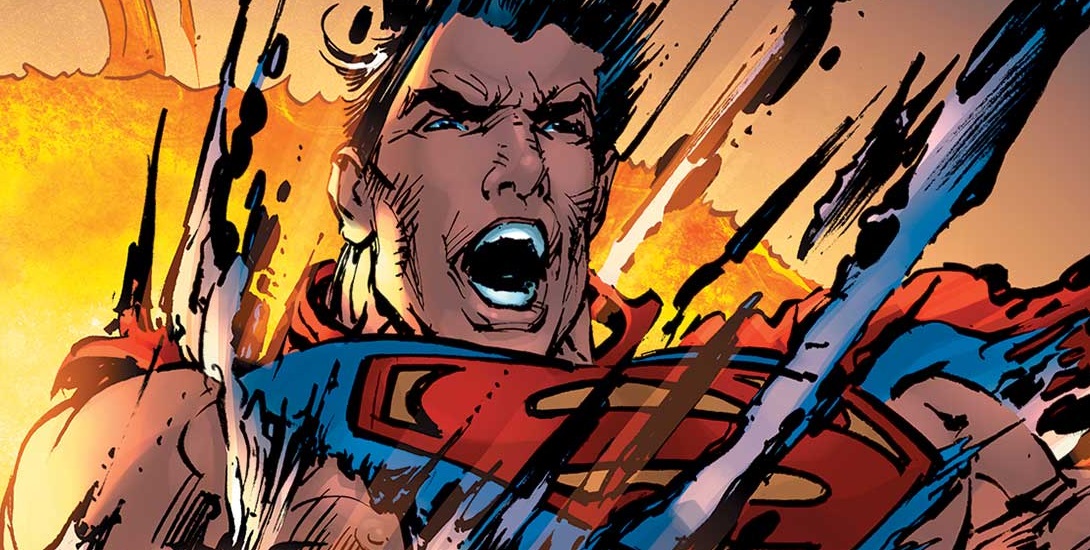 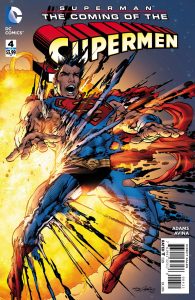 The second half of Neal Adams’ Superman: The Coming of the Supermen mini-series kicks off this week and is just as exciting as the first. While the dialogue still needs fine tuning, this issue is loaded with explosive action (pun intended) and never has a dull moment. Readers won’t have a chance to catch their breath.

Adams thrusts you right into the action as Superman serves Kalibak a knuckle sandwich in the opening panel while Orion watches. The two soon scramble to prevent Lex Luthor and Darkseid’s attempt to turn the sun red, which, as you no doubt know, would effectively render all Kryptonians powerless. While that obviously doesn’t happen, Superman’s efforts don’t go 100% according to plan, showing this book has consequences and may have a few surprises before it wraps.

Speaking of Luthor and Darkseid, the two have some ample face time. I must say that Luthor has some serious balls to take the tone he does with the Lord of Apokolips, who seems pissed off as it is, so I’m surprised he hasn’t been reduced to ash. They don’t get along well, as expected, and what transpires between them leaves me to wonder if this iteration of Luthor is just that smart and dangerous or if Darkseid is a bit nerfed; it’s probably a combination of both.

Another thing I liked about this issue was that it showed just how vile Granny Goodness can be, as I feel she has been an underused character for the longest time. She also happens to appear on what is a rather shocking final page, so keep your eyes peeled for that.

I’m expecting all-out war between Superman and the forces of Apokolips next month, but I am hoping for a one-on-one encounter with Darkseid before the mini-series is said and done. Adams is juggling several plot threads, so let’s keep our fingers crossed that it all comes together in the end.

Tags:Neal Adamssuperman: the coming of the supermen
share on: FacebookTwitter Tumblr
previous article
Preview: Batman #52
next article
Review: The Flash #51