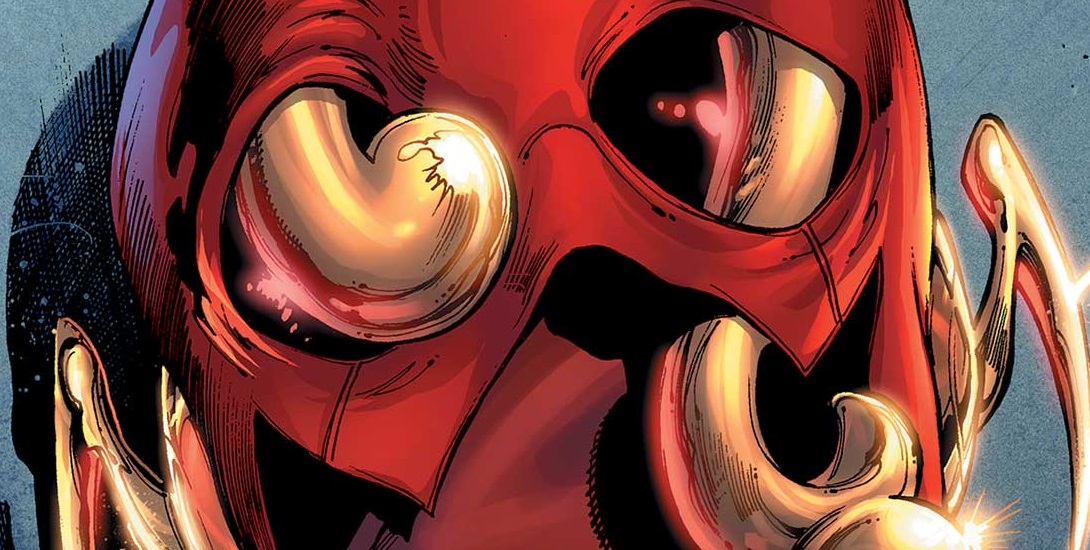 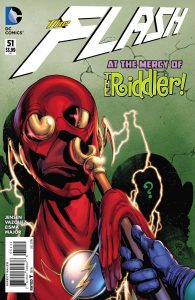 The penultimate issue of The Flash’s New 52 run sees the Scarlet Speedster match wits with the Riddler. Yes, the Riddler. It most definitely is a cool concept, but the execution left a bit to be desired, which we will get to shortly.

First, I would like to compliment the artwork offered by Gus Vazquez and Joe Eisma. This title has seen no shortage of artists in the past few months and I really did like what these guys contributed. It kind of reminded me of a cross between the work of Dustin Nguyen and Francis Manapul, which is fitting since the latter helped launch this title.

So here’s the deal: we all know by now that Riddler was the mysterious man pulling the strings in the previous issue (something I would not spoil in its review), so now that the cat is out of the bag, I’m more than willing to talk about him.

I am of the ilk that thinks mixing and matching heroes and villains is a nice concept. It not only provides for fresh entertainment, but also forces the characters to come up with new strategies. While Riddler does use his cunning to put Flash in a conundrum, the result is quite cliched: Ed Nygma has many weaponized drones hovering around the city and Flash must stop them without using his speed. I’m sure you’ve come across some variation of this before and also think one of Batman’s smartest villains could hatch a scheme greater than this.

On the plus side, we get a cliffhanger that I really didn’t see coming. Although this wasn’t the greatest of offerings, I’m admittedly interested to see how the next issue plays out.