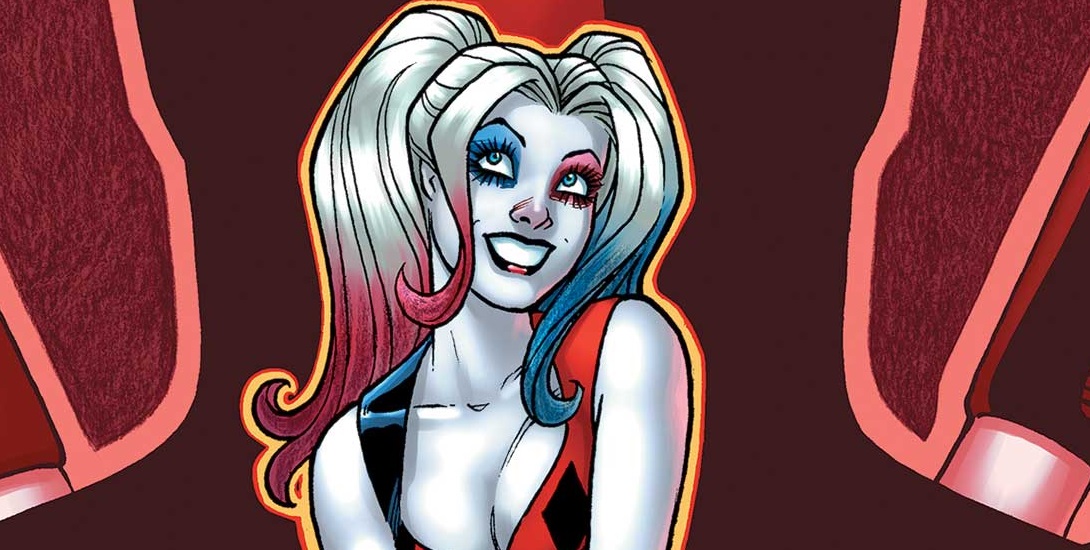 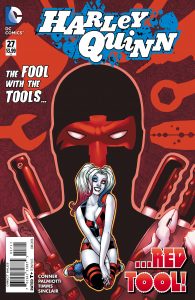 Before I start my review proper, I want to correct something that I said in my review of last month’s issue: The New 52 run of Harley Quinn will end with issue #30 this July, NOT #28 in May. Luckily for us, the same creative team will continue to handle this series Post-Rebirth as a new #1 will hit shelves this August.

Now that we have that out of the way, let’s discuss Harley Quinn #27.

Sometimes I forget how dialogue-packed this series can be, but I don’t mind since it’s one of its many great features. Amanda Conner and Jimmy Palmiotti have inserted a healthy load of wit, humor (thankfully more of the dirty variety), and intrigue that we have come to expect. John Timms solely handles penciling duties this month and continues to impress as his artwork pops from the opening page; it moves.

This issue sees the return of Red Tool, a Deadpool analog, that allows the creative team to essentially have Harley interact with Deadpool, which is actually something I’ve noticed fans online have wanted to see. It’s kind of funny because DC’s Deathstroke begat Marvel’s Deadpool, who begat DC’s Red Tool. To be honest, Red Tool is much more similar to Deadpool, who is much more different from Deathstroke. Are you following?

As Harley attempts to slap around some Tool at Skate Club, it becomes obvious the Merc with a Mund (I had to change that word to its German equivalent to avoid confusion) is sweet on her. This leads to him gassing her before taking her on a “date” at the amusement park. Mr. Tool goes about everything the wrong way, although I must admit tattooing your phone number on a girl’s ass is a bit bold.

The regularly seen supporting cast takes a back seat this month so the Skate Club girls have some time to shine. That’s not a bad thing at all and shows the writing team hasn’t forgotten an ounce of the what they have established in this title over the past few years. As I look back, I must really marvel at how much has been built around this character. Perhaps I will elaborate more after issue #30 ships.

Next month’s installment looks to continue the madness in an interesting way. I just hope that Harley is able to escape from her situation much like how Adam West’s Batman once thwarted the marital machinations of Marsha, Queen of Diamonds.