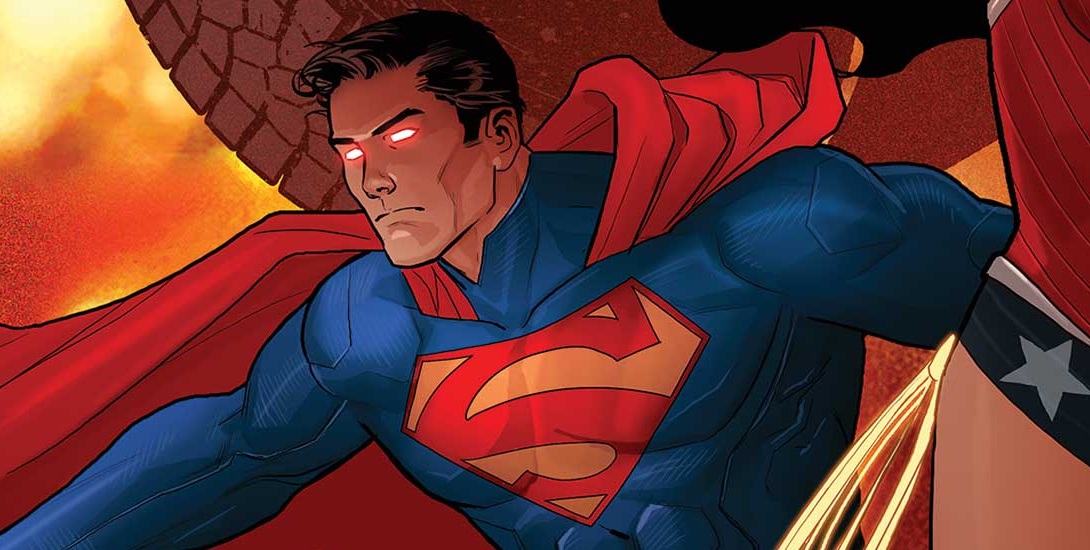 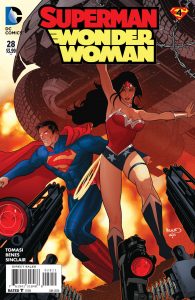 Peter J. Tomasi’s “Final Days of Superman” continues this week within the pages of Superman/Wonder Woman #28. Quite honestly, I feel this book absolutely needed to be a part of the crossover, given the storied history between these two characters in The New 52. Although they may not be the lovers they once were, you never forget your first super sweetheart. More on that in a moment.

Ed Benes is the man tasked with bringing Tomasi’s vision to life this week and does a fabulous job of it. DC didn’t pull any punches when finding contributors for this crossover event. Benes’ art almost resembles Jim Lee’s a couple times thanks to Alex Sinclair’s colors.

Now, back to the topic of Superman and Wonder Woman. Let’s just say this issue contains a conversation that needed to happen. Despite any differences they may have had, it’s obvious these two still have feelings for each other and do indeed share one last kiss. It was kind of touching to see Diana refusing to accept the death of Clark when he himself has.

The crazed man who thinks he’s Superman enjoys a bit of focus. We still don’t know exactly what’s going on with him, but I’m suspecting it has something to do with the Super Flare since the incident involving Ulysses, who makes a guest appearance, is brought into question. Just as we attempt to put the pieces together, all hell breaks loose.

While I do wish more had been accomplished in this issue, I feel what was offered was a fun read. The story continues next week in Batman/Superman #32, so be sure to check back with us then.

Speaking of Alex Sinclair, here’s your chance to learn from the master himself.