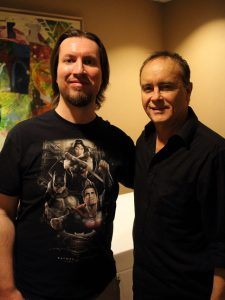 Yours truly with Jeffrey Combs

You don’t have to be a horror movie aficionado to be familiar with the work of Jeffrey Combs. Odds are that as a visitor of this site, you have indulged in various Batman TV shows, be they live action or animated. If so, you will recognize him as the voice of either The Scarecrow on The New Batman Adventures or The Question on Justice League Unlimited. Mr. Combs also enjoyed a two episode role on Gotham, which saw him credited as “Office Manager.”

I recently had the privilege of chatting with this veteran of screens both big and small at Midwest Media Expo, which I have transcribed below for your reading pleasure. We discussed his aforementioned roles and I found it rather educational to receive the insight he provided into working in various types of film. He also kindly signed my VHS copy of House on Haunted Hill (in which he played Dr. Vannacutt), an edition I suspect not many fans present these days.

DKN: You voiced The Scarecrow on The New Batman Adventures and for a video game, Rise of Sin Tzu. Did they want you for the role because of your background in horror movies and Reanimator?

Jeffrey Combs: Well, a lot of the time you don’t know, but I’d probably assume so. It was actually my first voiceover gig. I don’t know if you know or it’s really aware out there, but the voiceover world is a slice of the industry distinct from film and television or, let’s say, theater. It is sort of a world unto itself and, quite frankly, at the time I wasn’t really aware of that at all. 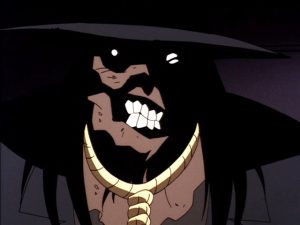 I was busy enough in film and television that I really didn’t think of it as a world that I would step into. They reached out of their bubble and they tend to hire within their own ranks, people that are in the voiceover world. They have their distinct and separate division or completely different office agencies for voiceover.

In other words, I have a film and television agent and I also have an agency that does my voiceover work. But for some actors, it’s all under the same umbrella, but it’s a different department within an agency. People that are looking for jobs for actors in film and television really don’t have enough time in the day to also devote to all the voiceover stuff that comes through. So it came out of the blue for me and I had nothing else to base it on. “Yeah, sure, I’ll do that.”

So that was really sort of an eye opener for me, this whole other strata in the business and it was really quite enjoyable and thrilling. You know, the people that were in the room and the really special technical challenge of just using your voice and nothing else. I’m used to moving and I can say something with a gesture or convey something with a move. Well, I can’t do that. It’s all filtered through vocal. So I realized there’s a whole other skill set, very distinct. That’s sort of how it happened. I sort of flew by the seat of my pants and then it kind of went away. I don’t know what happened. These series come and go and get cancelled for obscure reasons.

DKN: Right after that was when they started doing Batman Beyond, but that was an extension of Batman: The Animated Series. Many people view those series as the definitive take on Batman.

JC: I was very honored they asked me. That was nice.

DKN: There are probably a few people out there who view you as the definitive Scarecrow.

JC: I went in there having absolutely no frame of reference about Scarecrow, who had done it before, how they had done it. I didn’t want to do any research about that. It was just kind of, “This is what I do.” 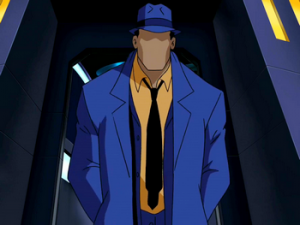 DKN: I didn’t realize that you voiced The Question until two days ago. You were the first person to voice him and there have been two actors that followed. Up until then, he was a very obscure character, but he became a breakout on Justice League Unlimited and actually had quite a bit of a recurring role. That’s what exposed me to the character and I fell in love with that version. There was a bit of humor. Would you mind talking about The Question and how it was to be the first person to put their stamp on him?

JC: Yeah. Well, again, I did not know that I was the first person. Again, out of nowhere, I got a call from my theatrical agents that there’s an inquiry about you doing this voice for a cartoon. “Sure, okay, I’ll do that.”

Lovely group of people, some great actors in those sessions. I just sort of approached once I saw a picture of The Question, I just kind of keyed in on film noir. You know, shadow, fedora, mystery, suspense, intrigue, suspicion. So I kind of played it like it was a film noir. I had a really wonderful time doing that, but it was marvelously written and I thought it was cut short too soon.

DKN: Yeah, that had to be one of the best seasons, maybe THE best season of an animated superhero show ever.

JC: Well, I liked the whole vibe of it. The tone was a little darker, a little more melancholy and shadowy and just kind of the beginning of that darker quality that we now see in the bigger superhero movies. I really liked being part of that group. It was wonderful. 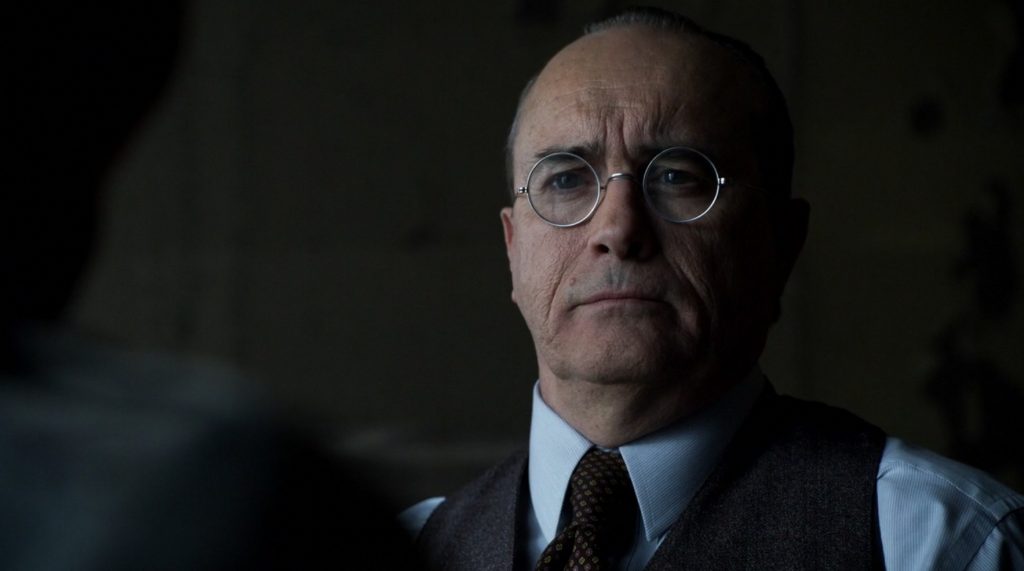 DKN: You got to play a somewhat recurring character on Gotham Season One. I think you were credited as “Office Manager,” or something like that, someone who was working for a much more sinister man in The Dollmaker. What was it like to play a sinister guy, yet not be the most sinister guy in the room?

DKN: That was a memorable scene.

JC: You remember things for different reasons. I was just honored to be asked to do that. That show shoots in New York and I live outside of LA. But what happened was the executive producer of that show, Danny Cannon, I had done a movie for him way back when called I Still Know What You Did Last Summer. He went on to direct the pilot of and ultimately become the executive producer of CSI. You may have heard of it. He used me in an episode that he had written and directed.

So that’s how I got that job. He’s the executive producer of Gotham. He wrote that episode and I’m wondering if he was initially planning on directing that episode. I don’t know. I know that he was out of town on personal business, an emergency. I never got to see him, but I truly appreciate him thinking of me because, honestly, I wouldn’t have gotten the job if it hadn’t come from him. I’m sure he got resistance from people going, “We’re shooting this in New York, there are a lot of actors here. Why are you flying this guy in?” But he stood fast for me and I deeply appreciate that.

DKN: Now, when you think about it, you’ve gotten to be a part of the Batman mythos in live action and animation. Not many people get to do that.

JC: Not many people get to do that and I wish I could tell you more, but I can’t. There may be a little bit more in the future.

DKN: Would you like to plug any of your upcoming projects?

JC: The business has changed so much. A lot of actors start listing off things that they’re going to be doing or they’re going to decide which project they’re going to do. I don’t really play that game. The business has changed quite a bit. There’s the very, very high end and then there’s the almost amateur sort of level – and the middle has gone away. But there are a few things out there. There was a very well known short on Youtube called The Horribly Slow Murderer with the Extremely Inefficient Weapon. Do you know that?

DKN: I don’t think I’ve heard of that.

JC: There’s a whole slew of short videos about this man who’s being pursued by this strange robed creature with just a spoon, hitting him, and it’s relentless. It becomes incredibly hilarious because it never stops. There’s innumerable iterations of it, all by the same director.

He did a Kickstarter campaign and I was involved in it. He made his goal and we’re gonna shoot a full length movie of that this year. So I’m looking forward to that. It’s incredibly dark.

I find myself turning down things. It’s easy when they make an offer you can refuse.