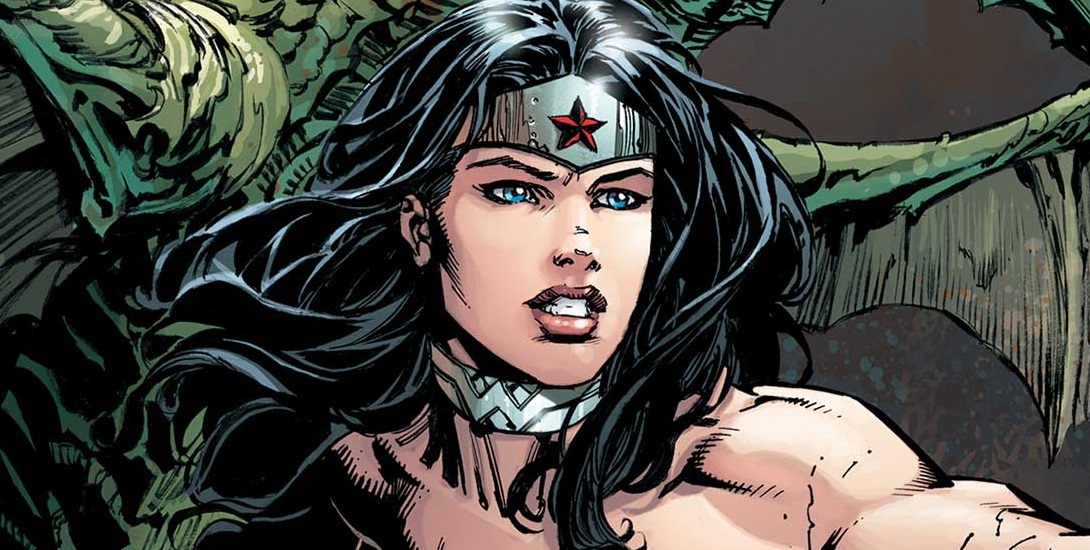 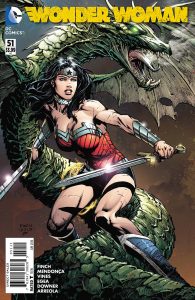 Trips to Hell seldom look as gorgeous as what can be found in this issue. Diana journeys through Tartarus, which exploits her greatest fears and brings them to life. It’s here that we learn what she is most afraid of: failing and losing those she loves. Considering that she has one of the biggest hearts in the DC Universe, that should come as no surprise.

This issue had a real sense of finality, which felt appropriate given the fact that this is the penultimate issue of Wonder Woman’s New 52 run. I felt it just needed a little more meat. 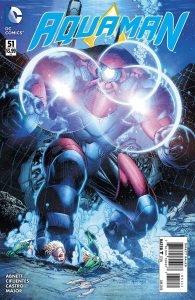 The fallout from the Dead Water fiasco that took place in Aquaman #50 is dealt with here. It presents moral conundrums as it examines the humanity of an unwitting villain while simultaneously serving as a kick ass Aquaman story. Needless to say, the life of a superhero/king is never easy.

This was much more serious in tone than the previous issue, which is perfectly fine considering that it was extremely well executed. I just hope that a median tone is settled on Post-Rebirth. 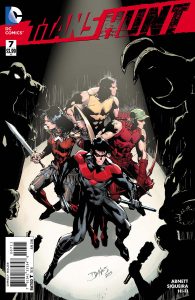 In the latest issue of Titans Hunt, Dan Abnett continues to prove that he can capably juggle an ensemble cast with this highly imaginative ride. Longtime fans of these classic characters will feel right at home as this gives hope the Post-Rebirth Titans series will be worthwhile.

And just in case you were on the fence, you WILL get your Nightwing fix if you give this a read. 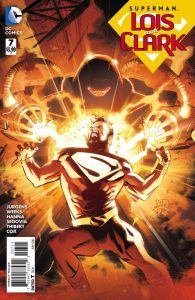 While this is not part of the “Final Days of Superman” crossover, you really should read it before Rebirth kicks off. Dan Jurgens continues to prove he’s one of the best Superman writers of the past 30 years with this gem that features solid dialogue and spot on characterization of the title characters. 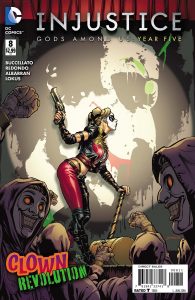 Injustice: Gods Among Us – Year Five #8

While I’m not the biggest fan of the Injustice brand (I hated the game but can enjoy the comics), I found quite a few things to admire about this issue. I really liked how it captured the man on the street view of Superman’s oppressive regime. We hear the idea of a dictator Superman, but it’s not until we see how those who aren’t superheroes or supervillains have to live with the situation until it really sinks in.

This issue proves this concept can be just as compelling several years later and hasn’t run out of steam. Plus, it shows just how terrifying a Superman who has gone over the edge can really be.

Oh yeah, Bruno Redondo’s art is nothing short of awesome. 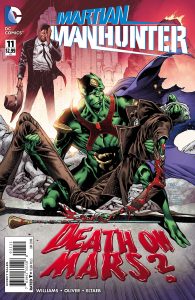 It’s kind of funny that I was reading this comic book wherein Mars is about to collide with Earth when Deep Impact was about to air on SyFy.

Speaking of sci-fi (however you may spell it), this is about as sci-fi as a DC comic gets: you have a Martian with a severe identity crisis, mech suits, and temporal anomalies. Yes, it’s quite the fun, geeky read and is surprisingly coherent despite having to manage all of those concepts.

If that’s not enough, we are treated to cameos by John Constantine, Zatanna, and several other magical characters. 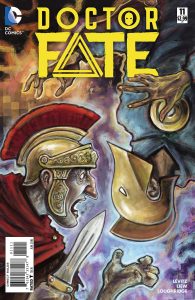 I admit that I couldn’t get into this one as much as I did the other issues for I feel it’s taken what made the series special and gone to more of an extreme with it. Sonny Liew continues to supply visuals that give the book more of an indie feel, although the art looks a bit more rough than usual.

It almost felt like a DC Nation short, so if you’re into those, you might want to check this one out. It just wasn’t for me.