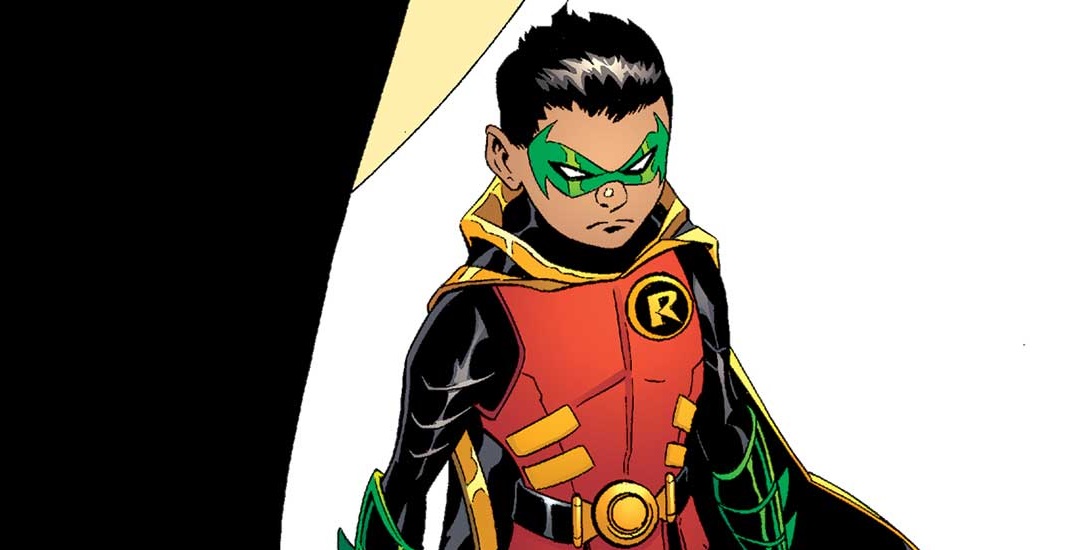 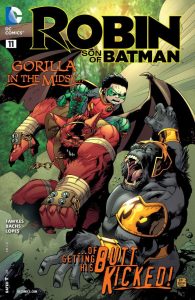 From its inception, Robin: Son of Batman has been such an off the wall title and I love it for that. Peter J. Tomasi and Patrick Gleason were the best in recent memory when it came to writing for the character of Damian Wayne, but Ray Fawkes has proven that he can carry the torch. Believe it or not, not every writer can crack the formula for my favorite Bat-brat.

Artist Ramon Bachs fits the precedent set by Gleason, while adding an almost manga-like quality to facial expressions and movements. It kind of reminds me of the graphic novel based on The Legend of Zelda: A Link to the Past that was released when I was a child.

Damian tracks Lu’un Darga to Gorilla City in his latest globetrotting adventure that is a fast paced, action-packed, energized read. It’s interesting to see Flash elements incorporated in this title when a Batman villain is giving him headaches in his own. Speaking of which, The Flash does make a cameo.

It also seems appropriate that Suren Darga be a child thus giving Damian a contemporary of his own. Child or not, I’m expecting Damian to show him who’s boss in due time.

The reunion between Damian, Bruce, and Talia was thrilling to see, but it didn’t have as much gravitas as I’d hoped. Keep in mind this is the second time Damian has witnessed his father come back from the “dead.” Maybe resurrection is so commonplace in the Wayne/al Ghul fold that they don’t feel the need to dwell on it as much as the rest of us.

I wonder if anyone realizes what kind of pressure this book is under in the short amount of time it has to wrap up. It has essentially picked up the ball left by Grant Morrison’s Batman Incorporated finale and run with it. Maybe my expectations are higher because I loved Morrison’s run and this title continues with those threads. I just hope that a satisfying conclusion (at least for now) is delivered involving one of DC’s most dysfunctional families.

Before I wrap up, I just want to acknowledge that many likely read titles such as Batman and Detective Comics exclusively to keep apprised of the latest Dark Knight happenings. Based on what I had to say in the paragraph above, I do urge folks who loved the Morrison material, as well as Tomasi and Gleason’s Batman and Robin, to give this a look.