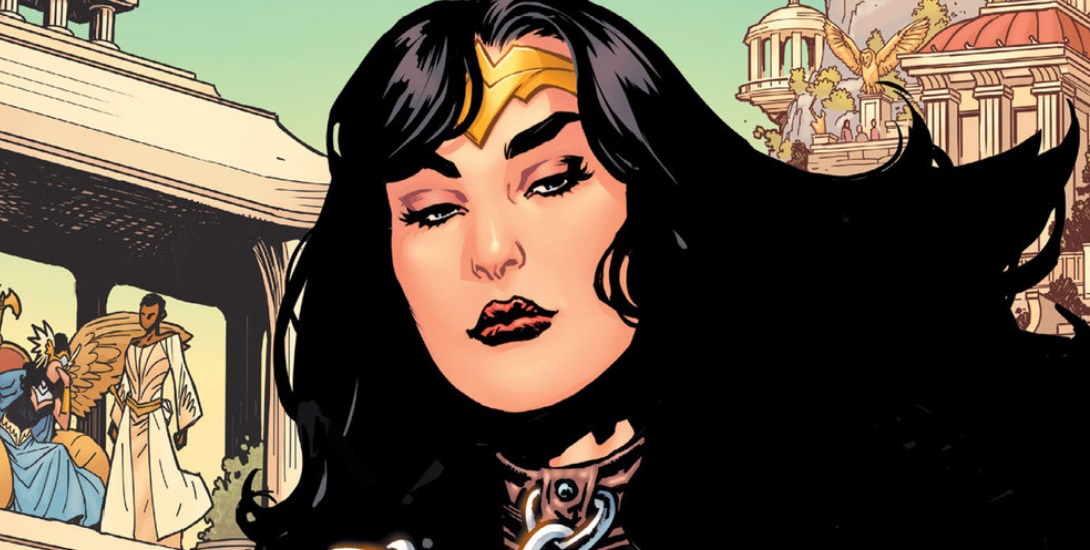 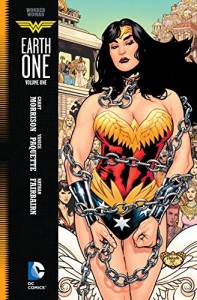 I’ve made it no secret that I love the Earth One line of books, which have treated us to some decidedly fresh tales featuring Superman, Batman, and the Teen Titans. It’s been known for a few years that Wonder Woman would be handled by the dream team of Grant Morrison and Yanick Paquette. With those two on the project, I was sure I was going to love it.

Let’s start with the good, which happens to be the artwork. I find no faults with that aspect of the book. Yanick Paquette brings every page to stunning life and concocts some highly imaginative layouts. Readers may be fooled into thinking they are holding an ancient tome at times. He also created Wonder Woman’s costume for this particular continuity, which is slightly reimagined, yet has a more traditional feel than other Earth One costumes that we have seen to this point.

The story itself is told in a non-linear fashion and sees Diana on trial for leaving Paradise Island and protecting the life of a man (fellas are forbidden to step foot on the island). My problems with the story are several: Steve Trevor is little more than a damsel in distress and is never really developed; there’s really no antagonist in the book, save for Medusa, who hardly qualifies as a villain seeing how little she was utilized; and I felt like nothing really happened. Sure, we ended up getting a new spin on Wonder Woman’s origin, but the book largely felt like it was part of a larger tapestry that should have been fleshed out in one book, not several volumes. The story needed more than Amazons arguing about men and engaging in bondage. 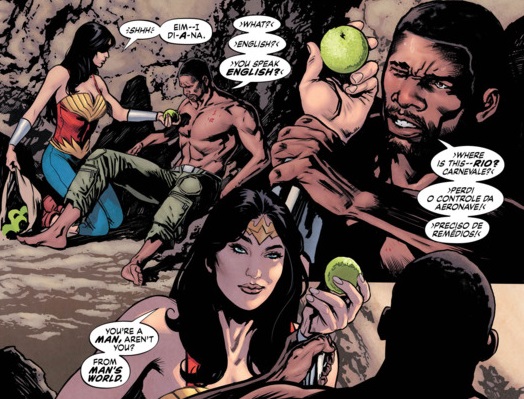 Ah yes, the bondage. This book is packed with it. Some is subtle/not so subtle like in the old comics by William Moulton Marston and other instances are pretty gratuitous. Most of the book’s renderings are overtly sexy and I suspect this element will be rather divisive. You will probably get your first hint when the book starts out with a fight scene involving Hippolyta and Hercules, which looks like it was brought to us by the Cannon Group. I’m not lying when I say Spinal Tap’s Smell The Glove was omnipresent in my head during my reading experience.

As much as it pains me to accept the reality of the situation, I have to be honest in saying this is my least favorite book in the Earth One line. I will still give a followup book a chance, as it could be a large improvement. If you’re looking for a great retelling of Diana’s origin, I suggest you pick up The Legend of Wonder Woman, a mini-series that is still ongoing at the time of this publication.