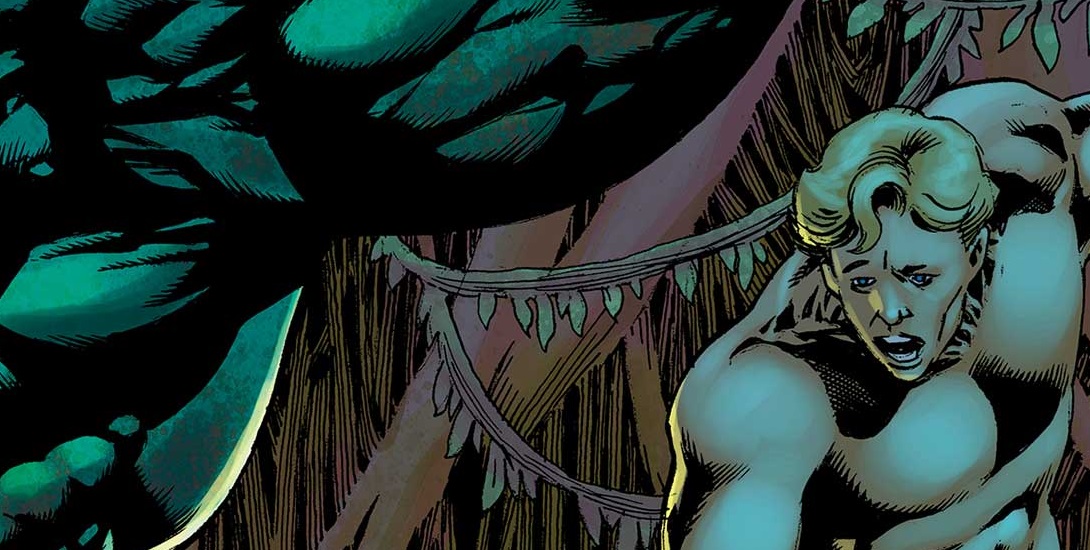 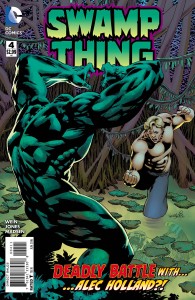 In the history of comic books, covers have had a proud tradition of deception. Well, not always outright deception, but they find a way to symbolically touch on what is contained within.

Such is not the case with Swamp Thing #4.

The cover promises Swamp Thing vs. Alec Holland and that’s pretty much what you get! But if you’re simply looking for a twenty-some page slugfest, you won’t find it here. Len Wein offers an incredibly deep read in what may be  the most sharply scripted issue of this mini-series to date.

We join Alec Holland, Zatanna, and the new Swamp Thing, Matt Cable, shortly after the shocking transfer of power that occurred in the last issue. I’d be willing to say the opening page is an even cooler cover than the cover itself. Kelley Jones, whom I’m reasonably sure did this intentionally, channels the look of old horror comics and pulp magazine covers in the most exquisite way. I mostly include interiors in trade paperback reviews only, but how could I not include that beauty to the right?

After Alec presumably indulges in pancakes for the first time in ages, we’re treated to an interesting dynamic between Alec and Matt. Despite not wanting to be Swamp Thing anymore, Alec would take it back in a heartbeat for he feels his friend has essentially damned himself. It’s admirable that he elects to tutor him in the ways of the Green.

One thing that I’ve loved about this mini-series is that it showcases how truly powerful Swamp Thing is and what a wide range of abilities he possesses. What becomes even more apparent is how responsible and morally centered Alec is in comparison to Matt.

As you can imagine, such great power corrupts Mr. Cable and we’re probably on the road to Alec somehow regaining his powers. Let’s just hope that it wont be too simple and we get Swamp Thing vs. Swamp Thing in the finale. How cool would that be?!

The next issue can’t get here quickly enough.