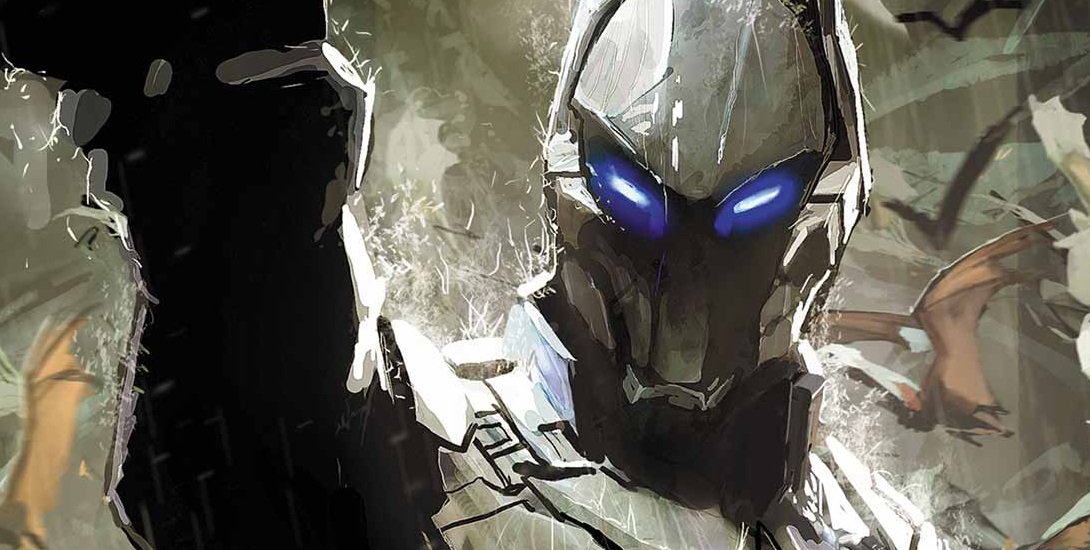 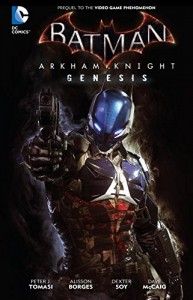 By now, everyone should have played the video game Batman: Arkham Knight or at least know the story. After all, the game has been out for nearly a year. If you haven’t, I’m about to spoil the identity of the game’s titular villain, otherwise we can’t talk about this book: it’s Jason Todd.

Batman: Arkham Knight – Genesis serves as a prequel to the events of the game and is one of the most interesting backstories for Jason Todd you can read – a simple rehash of A Death in the Family this is not.

Granted the blueprints were laid by the folks at Rocksteady, but it’s writer Peter J. Tomasi that brought much gravitas to this book. I remember reading comments from readers when this project was announced basically saying they breathed a sigh of relief knowing his pen guided the story. Tomasi has written some great Batman stories over the past few years and seeing his name on the cover does give it a seal of quality of sorts. Add to that the handsome artwork provided by Alisson Borges and Dexter Soy, which conveys a dark atmosphere that makes you feel like you truly are immersed in the world of the games.

This book really gets to the core of this specific version of Jason. You may not agree with him, but you will understand his motivation and why he has such disdain for anyone wearing a Robin suit and, to a much larger extent, Batman. 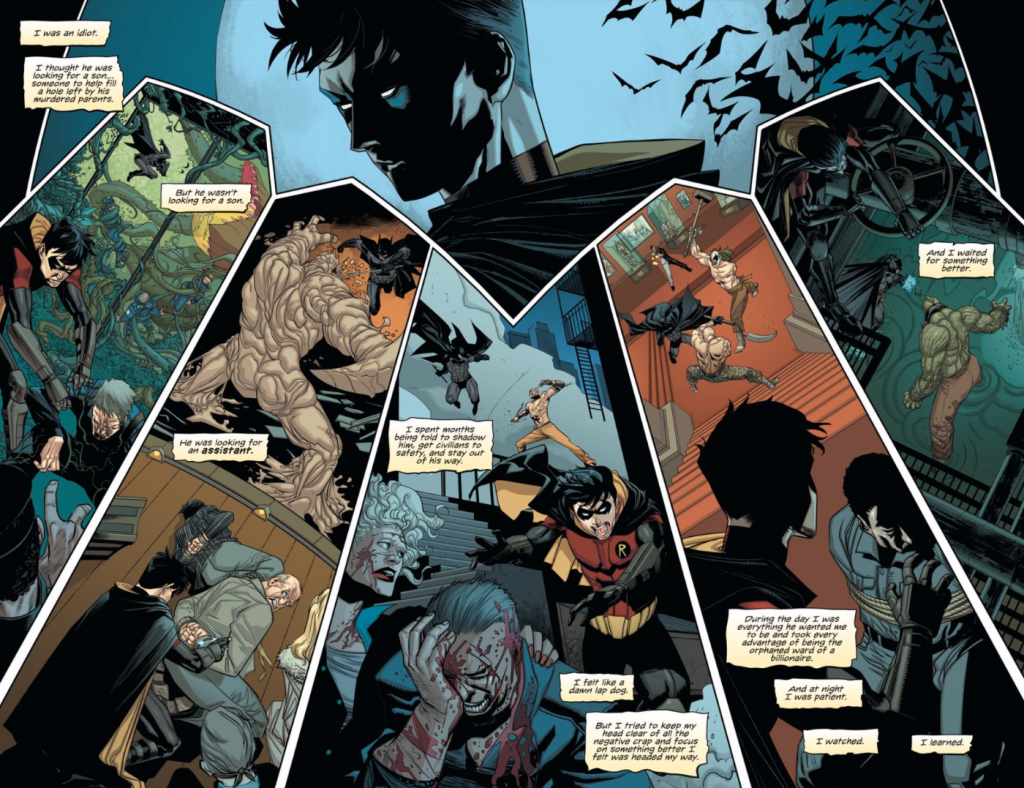 The book is divided between past and present, with the narrative set in the present mostly going through the motions as the events of Arkham Knight proper draw near. They do, however, tie into the past extremely well and, believe me, it’s the flashbacks that provide the real highlights. They follow Jason from birth to street kid to Robin to his torture and mental conditioning at the hands of the Joker.

You see, Joker didn’t actually murder Jason in this continuity; he simply warped it to serve his own ends. I have to admit watching Joker pull someone’s strings is like observing a priceless work of art. If you’re in a position of authority, you certainly didn’t hear that from me.

We also see how Jason escapes and lays the groundwork for his grand plan with the assistance of Deathstroke. The likes of Hush, Harley Quinn, and Scarecrow also make notable guest appearances. Arkham aficionados who are paying attention will have their share of Easter Eggs to spot.

All in all, Batman: Arkham Knight – Genesis is a perfect companion to the game and is recommended for those looking for one fine read when it comes to prequels.