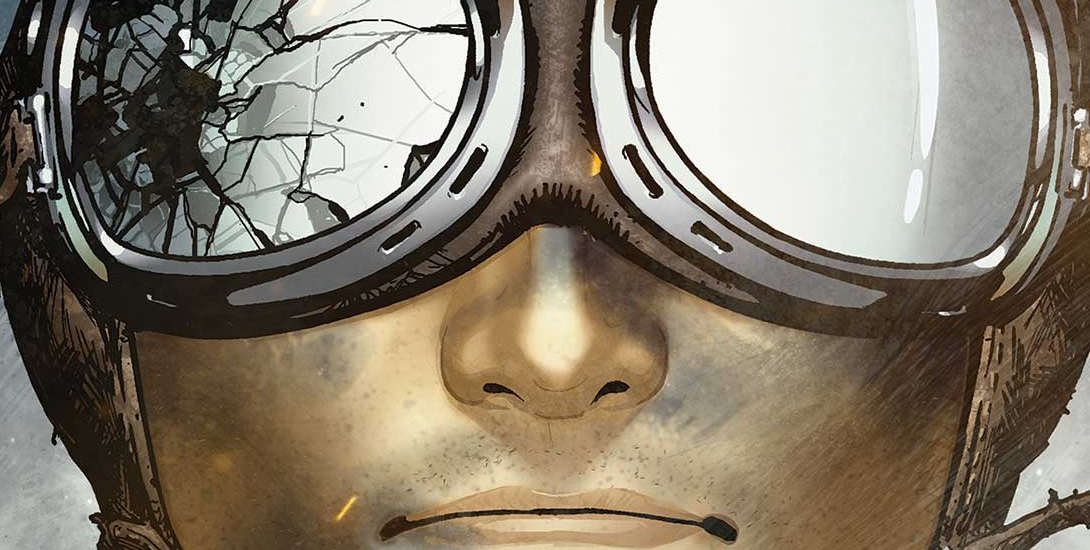 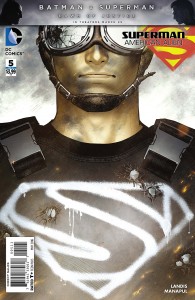 Another issue of Superman: American Alien has arrived, so that means you’re about to get another review in which I rave about how awesome it is. I’m probably sounding like a broken record by now, but as long as Max Landis continues to be the golden goose, I’m going to keep reading and telling you all why you should as well.

Before I discuss the story, I thought I should mention that this month’s artwork comes by way of the incomparable Francis Manapul, who brings his unique visual style to every page, giving it a certain glow. In my opinion, this is the best looking issue yet and that’s really saying something.

In this issue, Clark Kent starts to fight crime in costume: his duds include a bulletproof vest with a white “S” shield emblazoned on it (a nod to Smallville Season 9?), an aviator’s helmet, and Batman’s cape. His first attempt at a heroic uniform may prove divisive, but I found his Batman inspired look to be hilarious. As you may remember, Batman served as quite the inspiration last issue, so this creative decision makes sense to me.

Our rising hero is also in search of a codename, which is a topic of discussion between he and Lois Lane. The interactions between the two are delightfully written. Lois already plays a part in being the Man of Steel’s most important ally, especially when he doubts himself despite the fact that Metropolis is ready to believe in a hero who is as proactive as any longtime fan could hope him to be.

One of the more terrifying versions of the Parasite that you will see appears within these pages, although I felt the fight between he and Clark was a bit too brief. At least Landis soon established the monster is not at the height of his abilities and didn’t rehash the same tropes everyone else has. The guest villain is more so here to service the story and further the animosity between Clark and Lex Luthor.

Once again, my favorite super rich supervillain is so well written, so smart, and such a dick. I loved every moment of every panel he appeared in. He even comes up with the name “Superman” in this continuity – not Lois – as a cruel jest, but Clark embraces it as a way to get under Lex’s skin.

After five issues Landis still amazes me with fresh, natural ways to approach these concepts. I’m not even going to pull any punches this month – just buy this book.