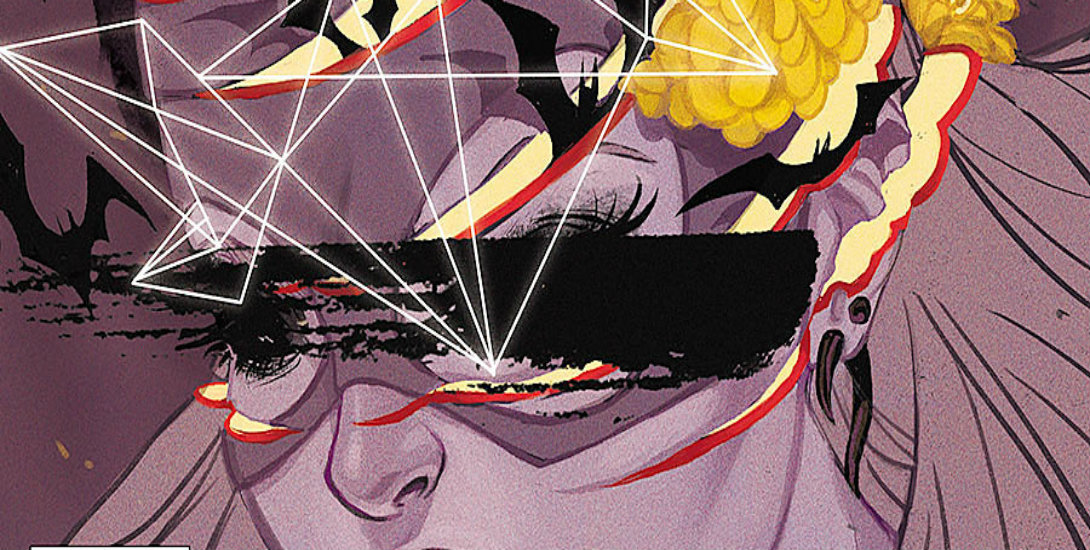 Batgirl’s standalone style has gotten clumsier as the series has gone on, mostly because each issue tries to adhere to a single event and structure but almost always winds up teasing other things. This issue has a very singular, Inception-like plot but also teases quite a bit; the good news is that all of that will likely come to pass in the next installment. A lot of Batgirl #49, especially toward the end, appears to be setting up some kind of finale.

The story itself is interesting. Batgirl is unconscious and the Fugue has infected her mind. The series has definitely been setting up Fugue as an interesting kind of nemesis for her. Black Canary and Frankie are trying to figure out how to wake Barbara up, leading to Frankie going down into Barb’s head. On this short, makeshift quest, Frankie is guided by an AI version of Barbara.

This is about as seriously as the book has ever taken itself, and that’s a plus for me. There’s a beautiful splash page that’s just a spiral of events from Barbara’s life, many including classic moments from her comic history. It’s easily my favorite moment in the issue.

While I’ve enjoyed the cartoonish, almost WB-throwback style of the book, always having that same light approach to the material kind of diminishes Barbara’s character when we don’t really get to see her in any other kind of light. That doesn’t mean that the issue is necessarily dark, but I appreciated a more serious approach for once, probably because of the direness of the situation. It’s also a pretty packed issue, so there isn’t a ton of time for jokes.

Batgirl #49 feels fresh and that’s a good thing. There’s still more that I’d like from the book, but it has established itself as having a particular sense of style and while this issue deviates in terms of tone is still adheres to that style, which should satisfy readers.