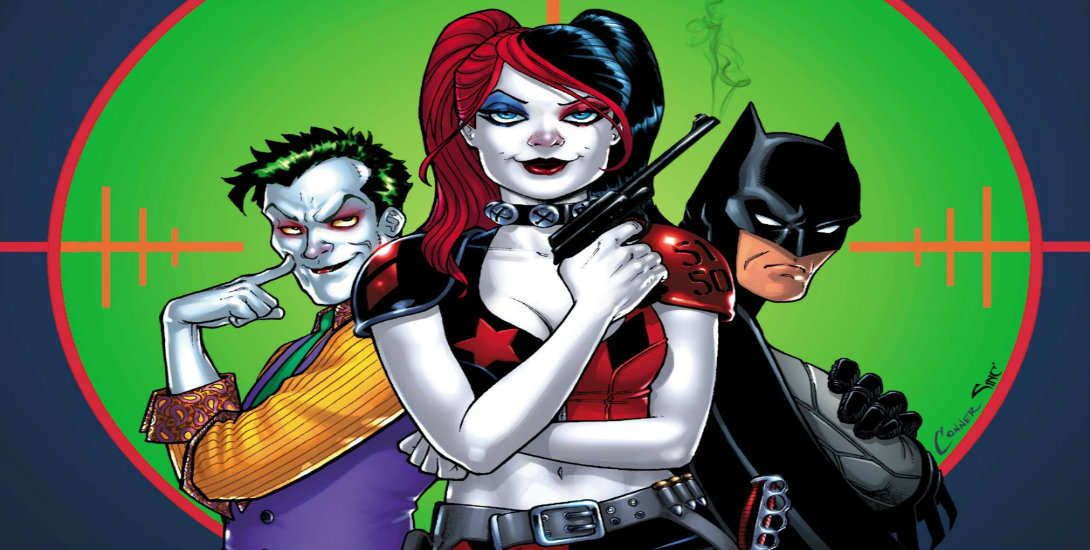 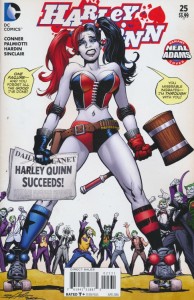 The latest issue of the flagship Harley Quinn title (yes, we’re at the point where we can say that) sees the ever reforming Clown Princess of Crime team up with her best friend, Poison Ivy, in an attempt to spring Mason from Arkham Asylum.

As usual, the writing team of Amanda Conner and Jimmy Palmiotti offer a great balance of storytelling, action, and humor. Artist Chad Hardin once again deserves a pat on the back for delivering yet another issue chock full of devilish eye candy.

Harley blows the stealth aspect of her mission pretty early on, forcing her to play it loud and messy. Honestly, would you have it any other way with her? Things actually go somewhat well for her until she meets up with The Joker.

Before I delve deeper into their encounter, I have to say that I’m somewhat perplexed as to where this would fit on the timeline. Presently, Joker is amnesiac and no longer permawhite, so it would have to be before the events of Endgame. But when? Before revealing himself to Batman, he was living under the guise of Eric Border, and before that he spent a year in hiding without a face. Seriously, he logically wouldn’t have been a patient at Arkham in years. I guess we just have to accept this aspect of the story and move on.

Anyway, a rather violent quarrel ensues within the confines of Joker’s cell. What’s even more important is the dialogue exchanged between the two. Harley finally sees through his deception and makes great strides in redeeming herself. I think we can say that she is now free from his maniacal grasp. In fact, Batman shows up near the end and is surprisingly a big help. I think he realizes – though will never admit – that she is trying to turn her life around.

I don’t mean to rant here because this is a review and not an op-ed, but I think this issue sums up some of the most vital points of this series. Sure, it entertains us while offering many laughs in the process, but at its heart I see it as a redemption story, as stated earlier. People like to complain about Harley’s portrayal in The New 52 because she doesn’t dress like how she did 20 years ago. Get over it. Characters evolve over time. Nobody complains about how Batman doesn’t wear the costume he donned in Detective Comics #27 (1939). This series showcases an evolving Harley that is no longer The Joker’s henchgirl/punching bag. She’s her own woman. THIS is the Harley I like.

Next month promises “A new day, a new fray,” so it must be a mandatory read, much like this issue.