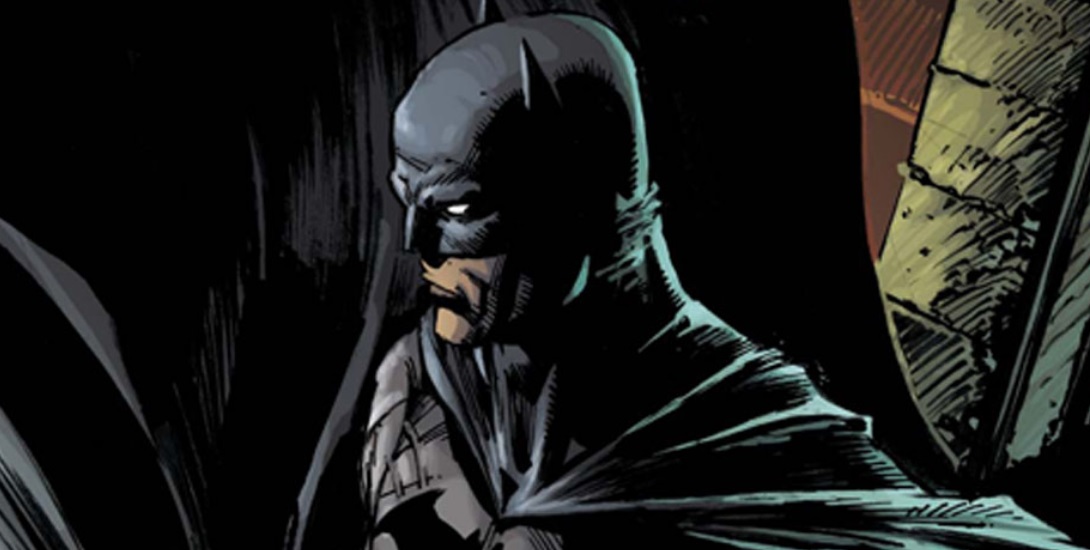 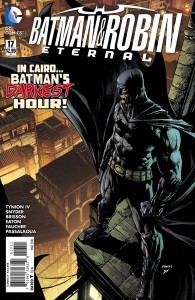 Batman & Robin Eternal continues to roll on as Ed Brisson does a fine job of following the blueprints laid by super scribes James Tynion IV and Scott Snyder. Readers are once again treated to another installment of the latest, greatest Batman mystery and it’s one of those issues in the series that is not to be missed.

This week’s artistic duties were handled by Scot Eaton, who has certainly been no stranger to drawing various Batman related titles over the course of the past few years. Action scenes are well choreographed and facial expressions are expertly rendered. Eaton is particularly good at drawing an angry Batman, but then again, when does Batman not look angry? Cover art is once again provided by the master himself, David Finch.

After Dick Grayson and Helena Bertinelli have an unsuccessful attempt at interrogating Orphan in the present, we dive into the past for the majority of this issue. That’s certainly not a bad thing, as I think the flashbacks often provide the most intriguing scenes in the series. Quite frankly, an issue this heavy on the flashback element needs to happen from time to time; think of it like “The Odyssey” episode of Arrow.

The real selling point is that we finally get answers regarding the incident that saw Batman “shoot” two people in Cairo. I’ll just say this: Batman always has a plan. The mystery, however, is far from concluding as Mother still apparently had designs on a replacement Robin. I must admit talking about the running plot threads in various parts of the timeline makes one think about what tense should be properly used. The fact that everything unfolds in the past as the Bat Family puts together the pieces in the present is a testament to the intricacy of this series.

Not too much happens in the present after that. Harper Row tests her spy skills and Red Robin and Red Hood show up, claiming to have found Mother’s secret weapon. It looks like you have a reason to come back next week.

After delivering such a significant issue, my only gripe is that the cliffhanger didn’t seem very shocking, at least for now. At least they tease “The Mother of All Secrets” for next week. Another week has gone by, and Eternal is another good way to spend $2.99.