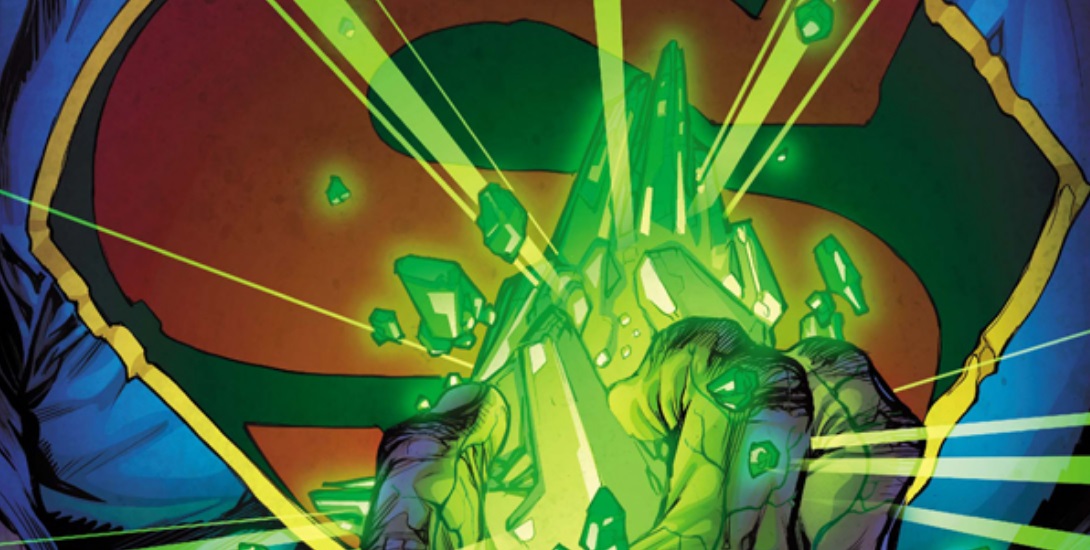 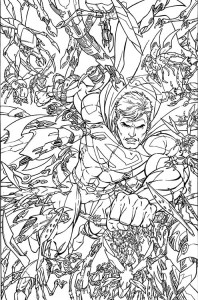 The latest issue of Superman continues the “Savage Dawn” arc that has been spanning several titles across the line of Superman books as of late. In it, we join a Man of Steel who has recently been rendered mortal and has to team up with Steve Trevor, making for an interesting dynamic. After all, the two men share a similar moral code and once loved the same gal, Wonder Woman.

While Hordr_Root cooks up something sinister, yet puzzling (you’ll understand the pun once you read the issue), Superman and Trevor work together in an attempt to restore Superman’s powers. Believe it or not, they plan to use a radical form of chemotherapy utilizing Kryptonite. For more details on that front, be sure to watch the DC All Access video included in this review.

Although Gene Luen Yang has once again offered a solid Superman script, some fans may take issue with the artwork. It’s not bad in the slightest, but we once again have a book on shelves with more than one artist handling duties. At least what Howard Porter and Ardian Syaf have to offer is rather aesthetically pleasing. Is it just me or do the inks and colors make Syaf’s art appear a bit more different than usual?

This issue is kind of like an action sandwich with some solid character interactions occupying the middle, which I think are the real highlights. I would also have to say this issue feels like the eye of the “Savage Dawn” storm. Now that you’ve had enough of my analogies, be sure to follow the story to Action Comics #49.