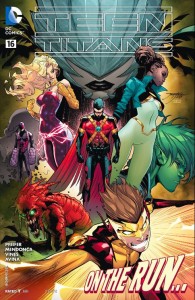 Will Pfeifer dials up a new storyline in Teen Titans #16. “The Sum of Its Parts” feels like a new beginning for the team following the events of last year’s Robin War story arch. On the opening pages, readers encounter the Titans licking their wounds from a round with Professor Pyg. What follows is an intense battle for the future of one of their friends. By story’s end, two of the Titans are gone and the team is forced to relocate.

Teen Titans #16 is my first introduction to this series. What makes the Titans so inviting also makes it difficult to assimilate. Their playful banter, even in the midst of battle, is endearing. However, the team uses abbreviated names for each other and rarely use full names – secret or civilian identities. As such, it took some research to discover who the members of the team actually are. The current Titans roster is:  Beast Boy, Bunker, Chimera, Kid Flash (Bart Allen), Raven, Red Robin, Reiser, Power Girl (Tanya Spears), and Wonder Girl.

The most striking elements of Teen Titans #16 was its art and pacing. For starters, Mendonca and Vine’s work is sprawling. Most of the art is full-page, with panels sprinkled throughout. It’s big and splashy and active. The characters seem to speak quickly, with a sarcastic banter expected of a younger squad of heroes. Their speech does not change when encountering enemies either. Teen Titans #16 is fast and full of action.

The fugitive Titans face an intergalactic invasion and lose a member who volunteers to leave in order to save the team. Another member leaves to take care of unfinished business. This felt a bit vague, but served to solidify the new-look team. At its close, the team finds themselves in Heaton, a small town in Pennsylvania, out of which it seems subsequent missions will be launched. 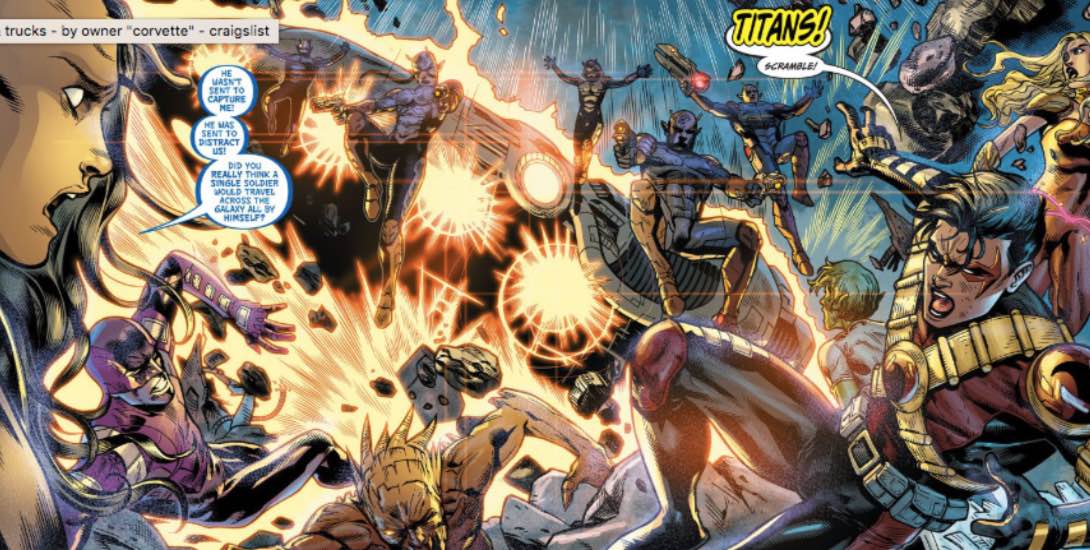 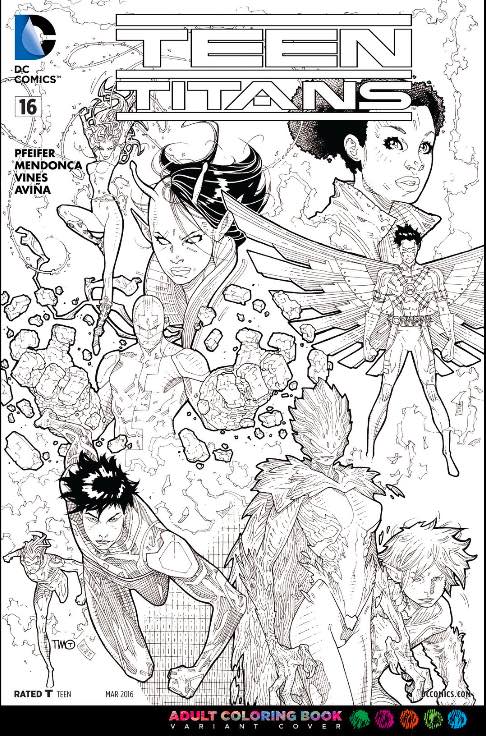 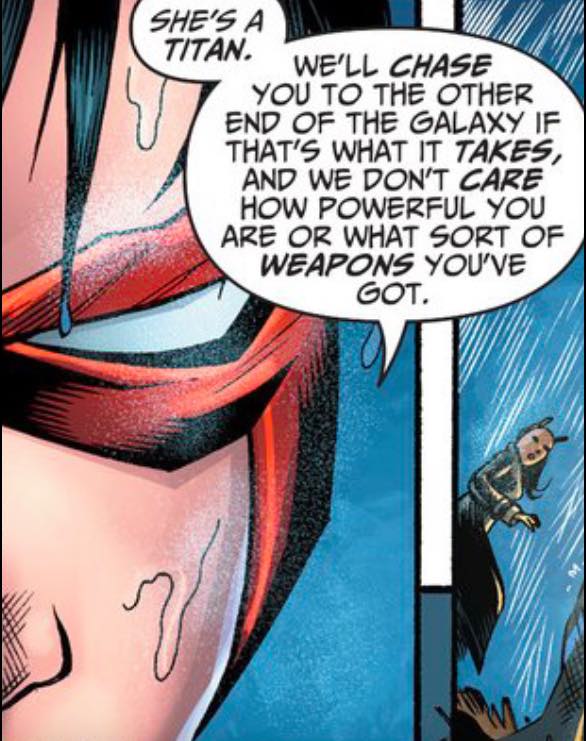 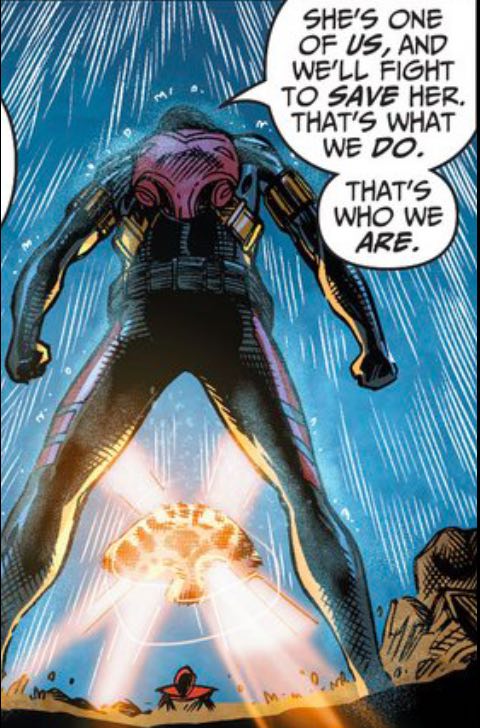 While Teen Titans #16 was a bit cumbersome for this newcomer, it was a fun issue with a solid start of a much bigger feeling story: