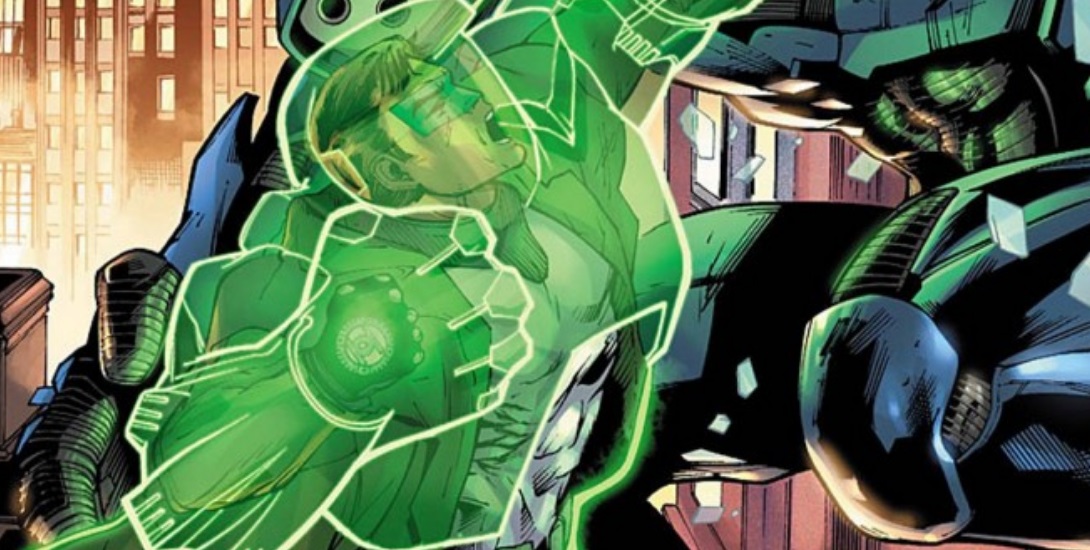 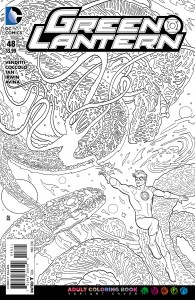 The latest issue of Green Lantern happens to be the first book this month that I’ve received for review that is part of the adult coloring book variant cover initiative. Grownups putting crayon to paper seems to be a growing movement these days, as many find it to be rather therapeutic. Being someone with next to no artistic skill (I still can’t draw or cut a straight line and I’m 32), I may not get around to coloring these in. If readers would like to share their work with us, feel free to post on our Facebook and Twitter pages, which are linked at the bottom of this article.

As for the story itself, it picks up after the attack seen in last month’s issue. Hal Jordan’s nephew happened to be a victim of the grisly incident and now finds himself unconscious in a hospital bed. I commend writer Robert Venditti on his ability to capture the humanity of Hal rather well, as some of the opening pages get quite emotional.

Sonar, a villain we don’t see often, is featured here and the search for him takes Hal to Gotham City. It’s there that he meets the current Batman, Jim Gordon. I found it funny that the phrase “bunny suit” was actually used. While their interaction was well executed, it really just boiled down to Hal getting intel from Gotham’s new guardian. Those looking for a team-up or battle between the two as hinted at by the cover art might be a little disappointed.

Hal’s investigation leads him to the nation of Modora, but not much actually happens there. In fact, not too much is accomplished in this issue.

As was the case with last month’s issue, most of this one is illustrated by Martin Coccolo, with Billy Tan jumping in for the last few pages, which tease more involving pre-New 52 Hal Jordan/Parallax. Perhaps the limited involvement is to give Tan some lead in time to work on Green Lantern #50.

Although this kind of felt like a filler issue, it was a pretty cool Green Lantern story that’s somewhat more grounded and earthbound than we may be used to seeing in a book such as this. So take a chance on it and then put your crayons to use.

Injustice: Vote To See Who Fights In The Final Battle Arena + Prizes!