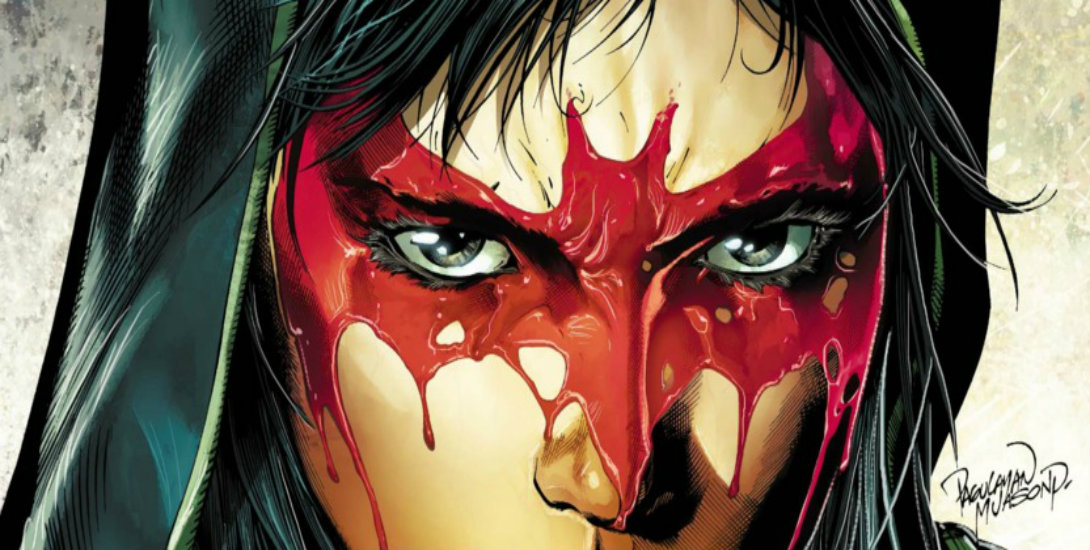 The story of Cassandra Cain continues to unfold in this week’s issue of Batman & Robin Eternal #13. In what starts out as a “huh?” in the first few pages, quickly turns into an “ah ha!” moment, as Cass hitches a ride aboard a plane, unbeknownst to the pilots. Where she ends up is Mother’s secret lair, the nursery. This is a place of ugly history, and more backstory is told to give us more of an idea of the girl’s scarred past. Her flashbacks are cut short when her dad, Orphan, reclaims the ‘Father of the Year’ title and throws her in a pit with other children. It’s then, in perhaps the most touching moment of the title thus far, we get another flashback of her quick meeting with Batman. She doesn’t say anything, but the pictures say it all: he’s trustworthy. She then finds her way out of the pit and reunited with Dick Grayson and Harper Row. Mother then disrupts the reunion and leaves us hanging for another week.

Another lateral, Cassandra-based issue of Eternal this week. Tynion does a good job with what he’s got, but I don’t know how necessary this issue was. What we learned was that Orphan is/was a bad father, Mother trains children, the kids end up dying and Cass doesn’t really talk. Didn’t we know most of this already? While the issue was a fine read, it seemed like more of a filler than really advancing the story. Another solid effort from the art department, this week with Takara taking care of the doodles. I really enjoyed every panel he illustrated and look forward to future titles with his name attached.

Overall, a bit of a filler issue but Cassandra’s moment with the Dark Knight really struck an emotional chord. It helped add a little bit of depth to a tortured character.