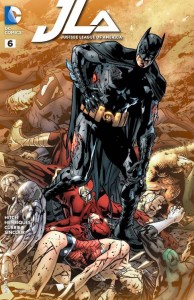 After a stand-in issue, Bryan Hitch returns to deliver Part 5 of his “Power & Glory” storyline in JLA: Justice League of America #6. 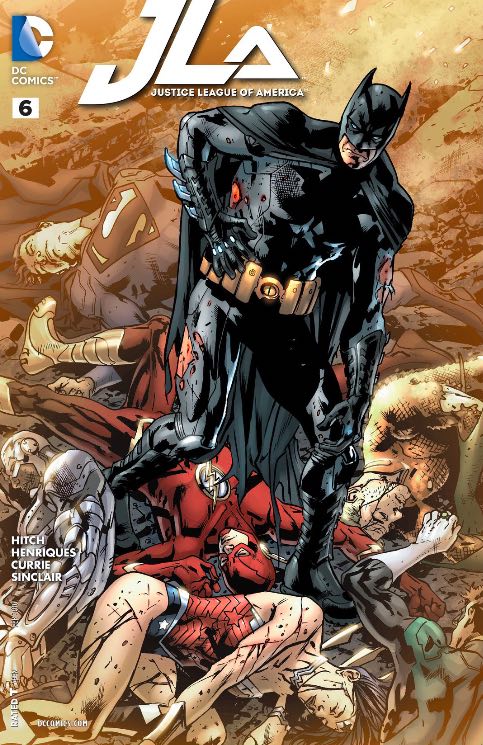 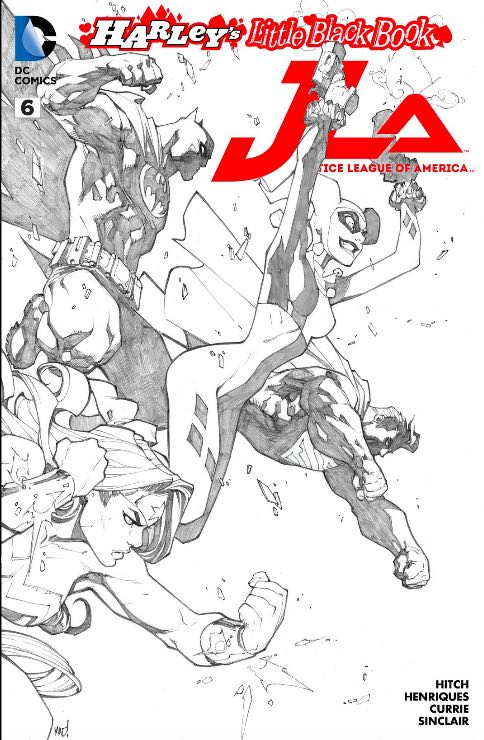 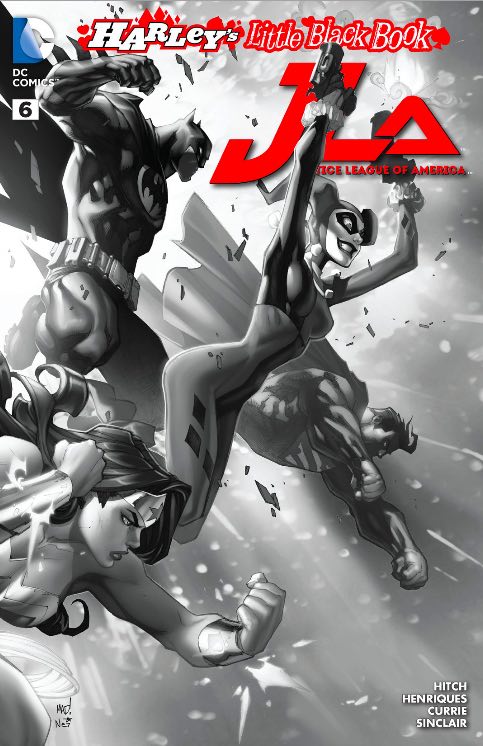 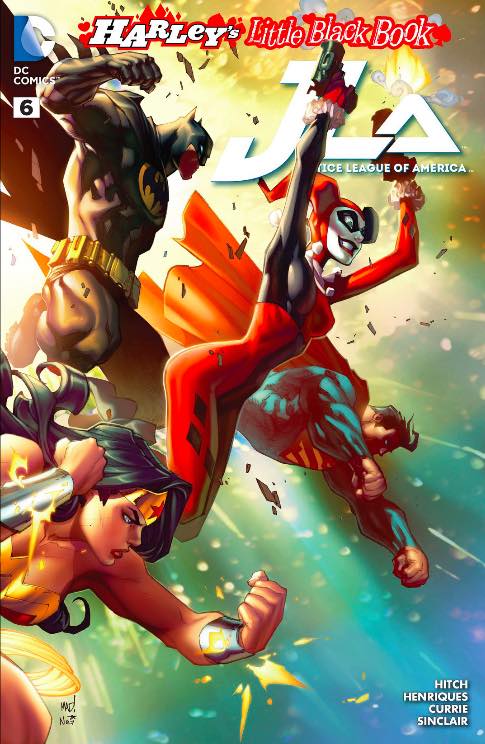 JLA: Justice League of America #6 continues its geographical and time-hopping ways, as readers encounter a story spanning from Krypton, 250,000 years ago to Chicago, 1961, to the modern day.

We see the prophets of Rao getting a bit more hands on with our heroes, battling on many fronts. Atlantis is the first encounter of issue #6, where the prophets face off against Aquaman. Wonder Woman is still stranded on an abandoned and destroyed Olympus, while Flash is transported to the Infinity Corporation and the year 1961, in what he describes as Chicago. Meanwhile, Green Lantern is still with a younger Rao 250,000 years ago on Krypton.

The art and pacing of the story are well done. As with most Justice League tales, the colors tell the story of which character is primary. The colors and even the letters and text reveal whose perspective readers are being carried through. On further thought, this could be quite complicated with a Justice League story with a multitude of characters, but the colors help guide readers past these hurdles, gently through the prose. There are some beautifully rendered moments in the issue, and the overall aesthetic of the issue is very fine. 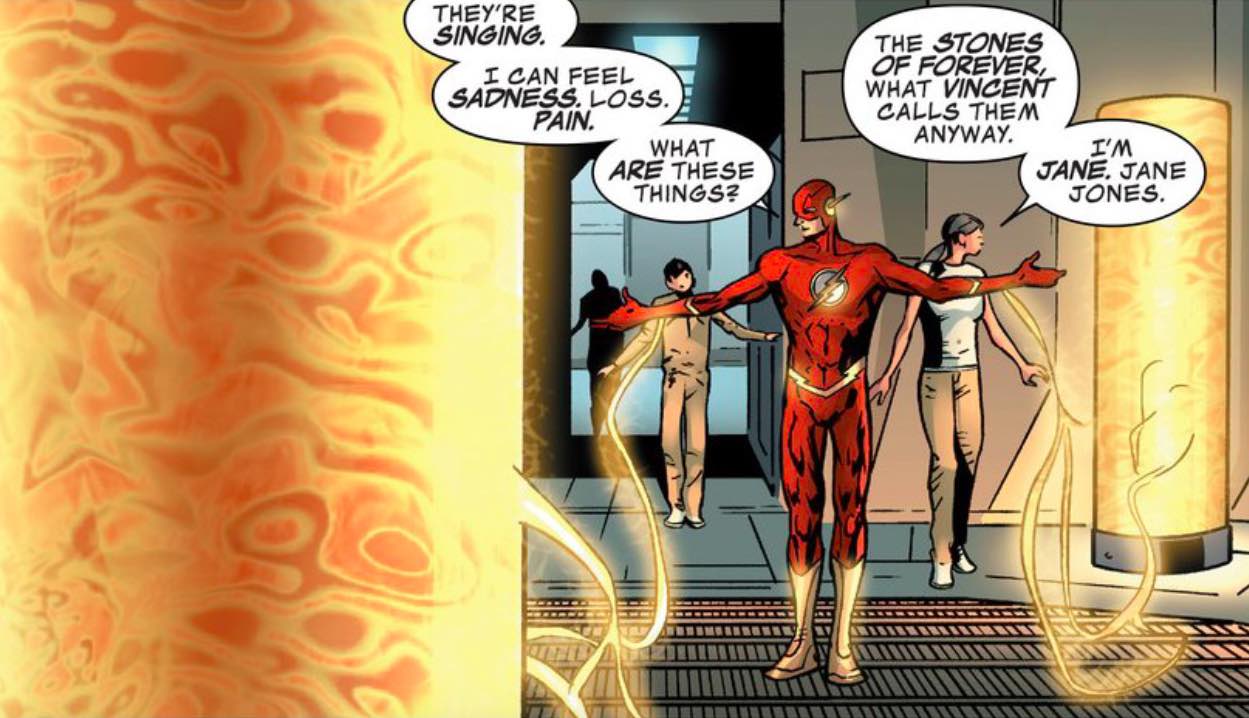 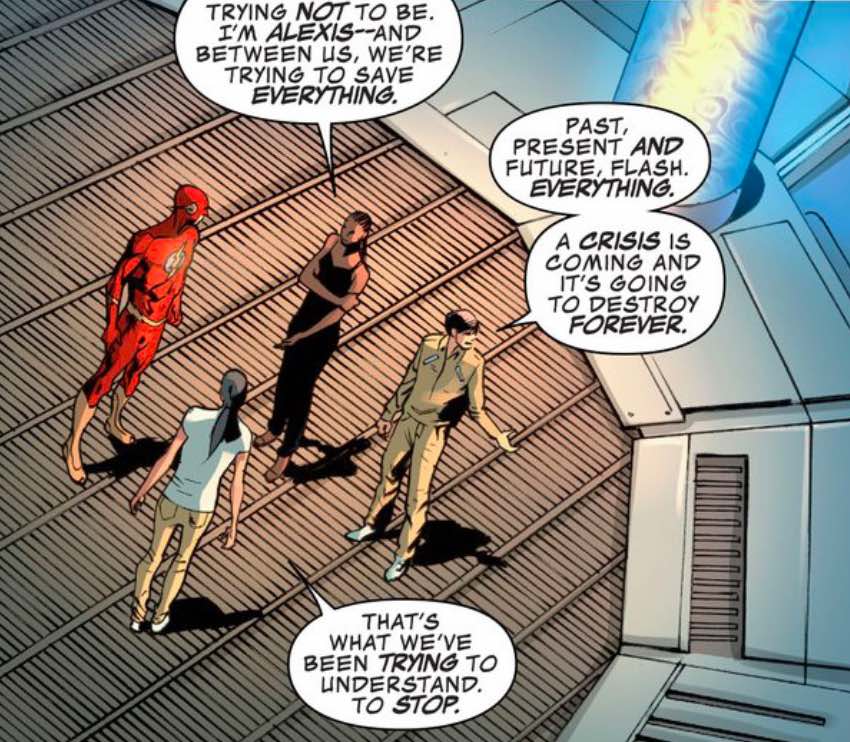 There is not much happening in the story, however. It feels as though there are two or three new bits of information, but nothing more. There is no resolution to any portion of the story – and, it seems to lack substantial movement forward. A few characters change location, a “crisis” is described, and there is a bit of action. A few other characters, Batman and Cyborg specifically, never make an appearance. We learn a bit more about the transfer of power from the prophets to Rao, which seems to sustain his eternal youth. We are also given more info about mysterious stones that have power to give life – or perhaps take it? Readers can imagine this to have a central role in how the story plays out and potentially be a weakness our heroes can exploit. 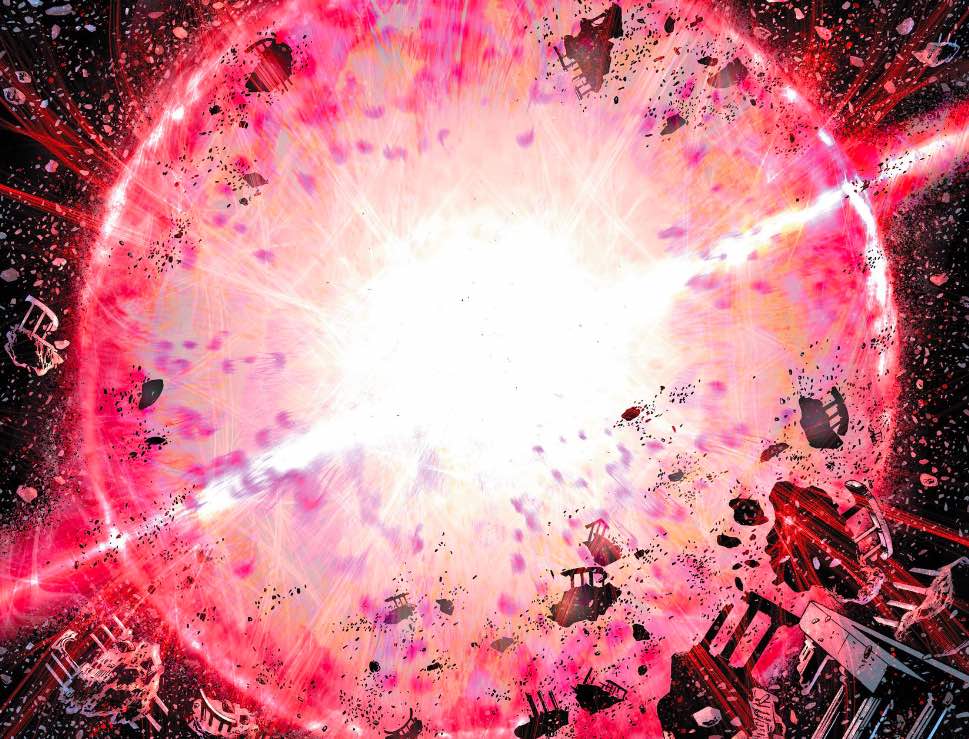 Given the beauty of the look and feel of the issue, I found myself a bit disappointed after having waited through a place-holding, Martian Manhunter-centric issue for the next piece of the “Power & Glory” puzzle. The ending felt very similar to the ending of a previous issue of this series.

Perhaps in hindsight, this issue will help fill gaps and provide much needed context for the story arch to make sense? After a late release built anticipation, though, this issue felt lacking in standalone substance – the kind that moves readers to have that “I can’t wait for the next issue!” feeling. I’m still hopeful for a strong storyline for “Power & Glory,” but will need at least another issue’s worth of context and content to be sure.