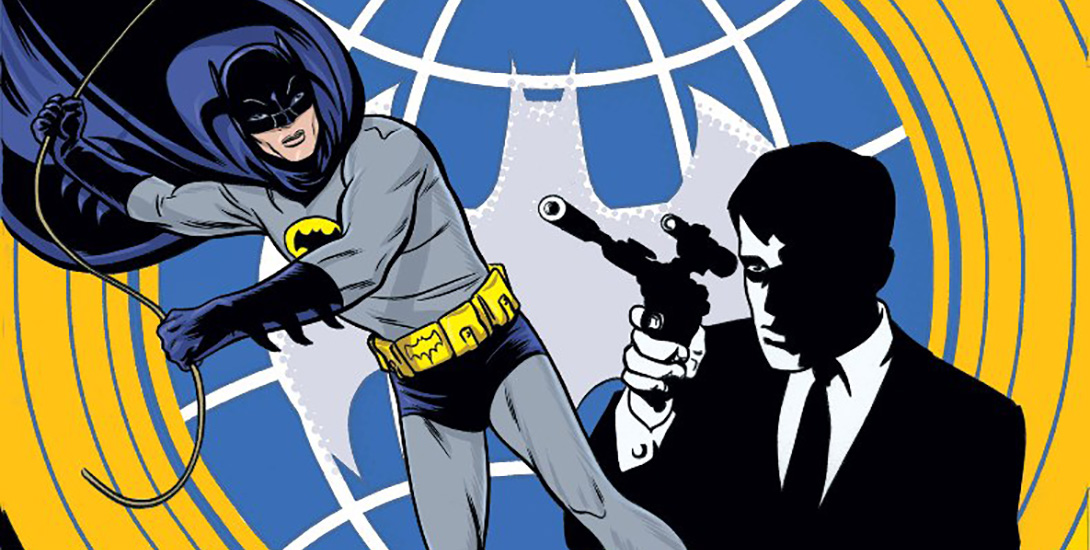 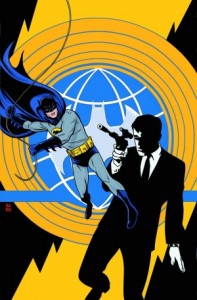 Hot on the heels of the conclusion to the Batman ’66 digital first series comes yet another crossover mini-series that continues the legacy of one of the most definitive depictions of Batman. Not too long ago, Kevin Smith, Ralph Garman, and Ty Templeton brought us a wonderful crossover with The Green Hornet. The latest iconic show from the 1960’s to get the honors is, of course, The Man From U.N.C.L.E.

Much like the recently concluded Batman ’66 title that lasted for 30 print issues, this book features dialogue and artwork that are consistent with the TV show. If you enjoyed Batman ’66, you will feel right at home and hopefully this will fill that void for you over the course of the next six months.

Aside from the recent movie, many of today’s folk may not be familiar with The Man From U.N.C.L.E. and its cast of characters. Fortunately, Jeff Parker does a commendable job introducing them to the uninitiated. In short, if you happen to be a Batman fan only, you won’t feel the slightest bit lost.

This book has much to be enjoyed: it finds the “voices” of Adam West and Burt Ward rather well, includes death traps, and artist David Hahn evokes that retro feel, dots and all.

While the team-up we’re all waiting for has yet to truly commence, this issue delivers a very solid introduction. It captures the highly adventurous, tongue-in-cheek tone of Batman: The Television Series while simultaneously channeling the golden age of the spy genre. If DC ever manages to make a crossover with James Bond happen, I may lose consciousness.