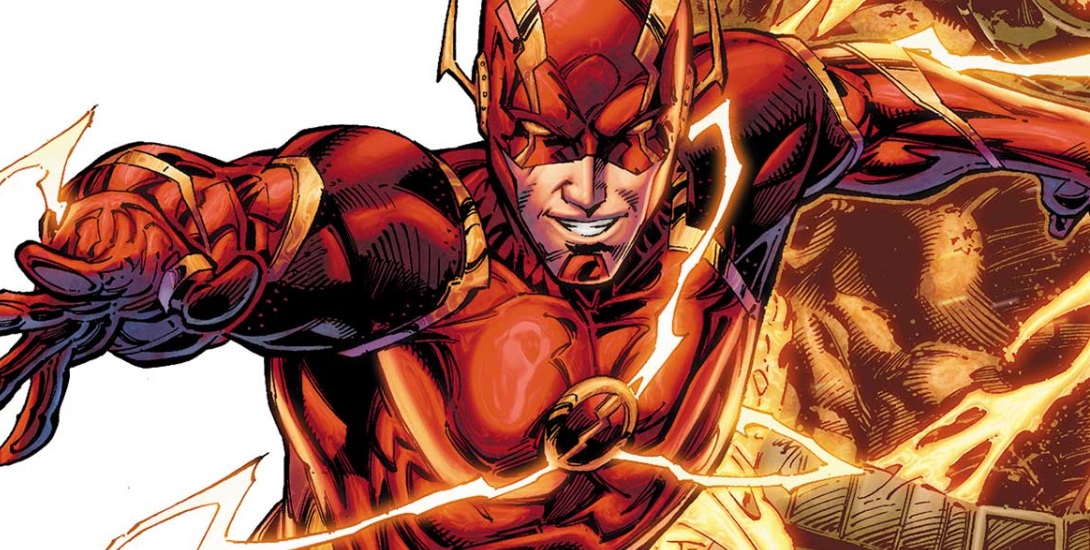 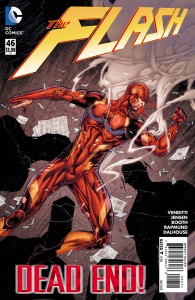 It’s quite obvious that The Flash comic book is capitalizing on the popularity of the TV show in a variety of ways. One look at his costume that mirrors that of the one seen in Season One can tell you that.

The bigger parallel is the inclusion of Eobard Thawne, though I must point out that he’s operating under the moniker of Professor Zoom here. While he was called the Reverse Flash on the TV show, that title was recently bestowed upon Daniel West in the comics. And the Zoom of the TV show still has yet to reveal his identity. Are you keeping up?

Much like his small screen counterpart, Thawne is extremely calculating, ruthless, and seemingly always a step ahead of The Flash. Unfortunately for him, his plans begin to implode as well as his motley crew. It all leads to a cliffhanger that will certainly grab the attention of fans of the TV show and comic book alike. As for those who have been reading the series to this point, you will be pleased to know that they promise to detail the background of this version of Thawne next month.

While not the best book on shelves this week, this issue nicely bridges the TV/ comic book gap and is easy to enjoy, a “Flash of Two Mediums,” if you will. At the very least, you can feast your eyes on the gorgeous images provided by Brett Booth, who happens to be one of my favorite artists of this era.