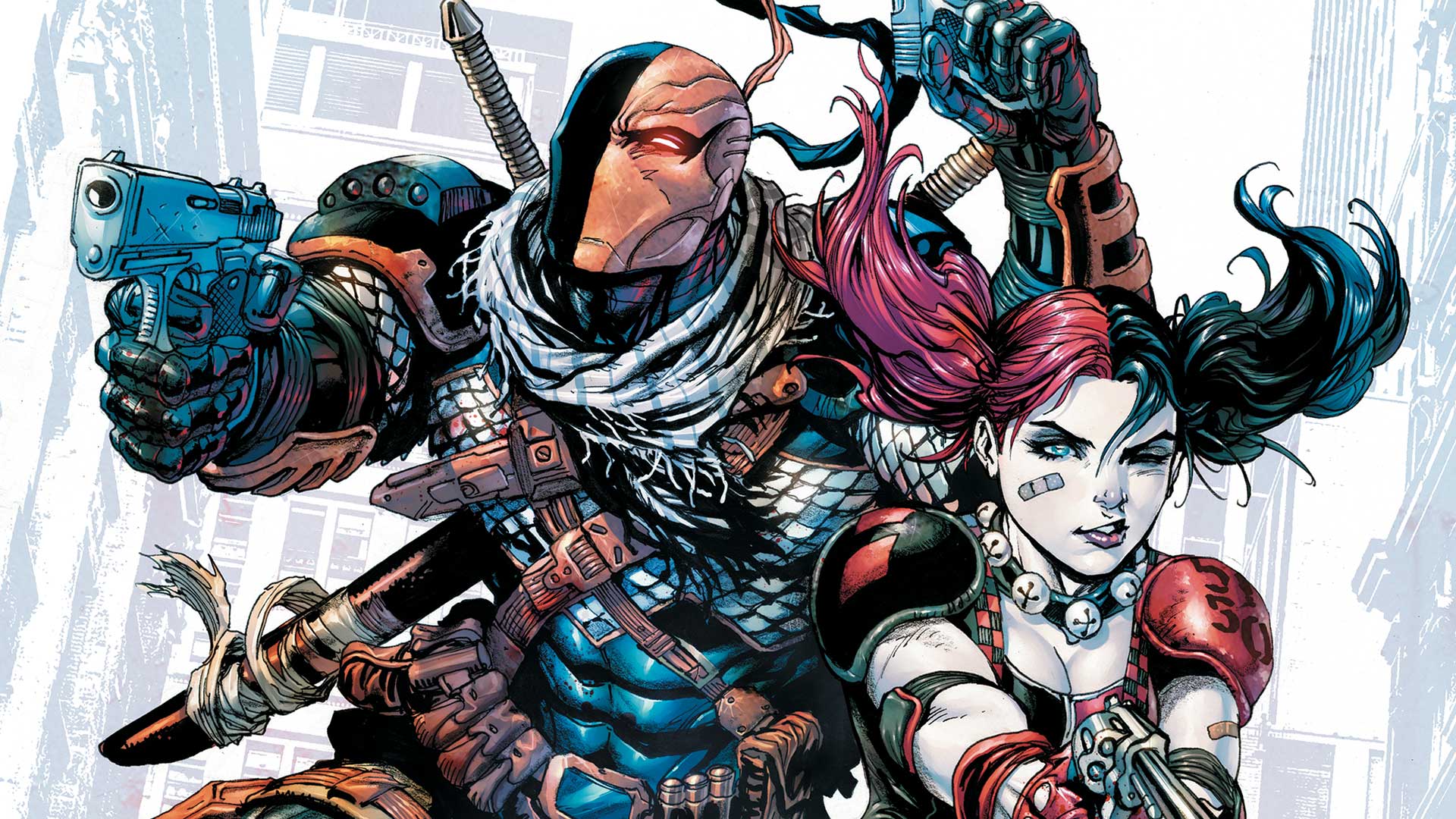 Writers: Tony S. Daniel & James Bonny
Penciller: Tyler Kirkham
If you’re a Deathstroke fan, you’ll definitely want to pick up this month’s issue, Deathstroke #12. The storyline, which started in last month’s issue, with Deathstroke’s assault on Belle Reve Penitentiary to find and rescue his daughter, Rose, continues to impress.
When we left Deathstroke last month, he’d been dragged underwater by Black Manta after earlier run-ins with other Suicide Squad members, Deadshot and Harley Quinn. Now, in this issue, he resumes his mission, and attacks the penitentiary, but at what cost?
With Harley Quinn being responsible for Rose’s kidnapping and the only person aware of her current whereabouts, it puts her in the driver’s seat against Deathstroke. She uses this temporary power to her advantage by demanding that Deathstroke do her dirty work—kill the head of the Suicide Squad, Amanda Waller.
Although Harley’s request would normally fit perfectly into Deathstroke’s mercenary-wheelhouse, there’s a major problem—Amidst the chaos of the attack on the penitentiary, no one knows where to find Amanda. This dilemma prompts Deathstroke into teaming up with Harley to find Amanda’s office. As Deathstroke, with Harley in tow, urgently tries to run down Amanda amid the punches, bullets and tear gas, Harley insanely babbles on about Ferris Wheels, pretty lights and cotton candy. 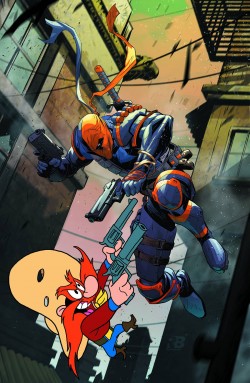 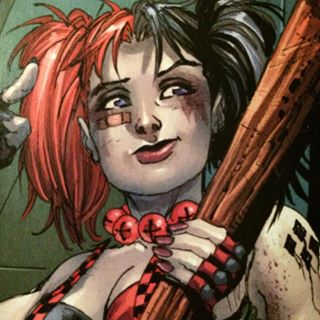 Harley Quinn
While there’s plenty of action in this issue, especially between Deathstroke and Black Manta, for me, the bright spot was Harley Quinn and her crazy antics, always reminiscent of an escaped psychiatric patient, which kept the story fun. She really is as loony as they come! 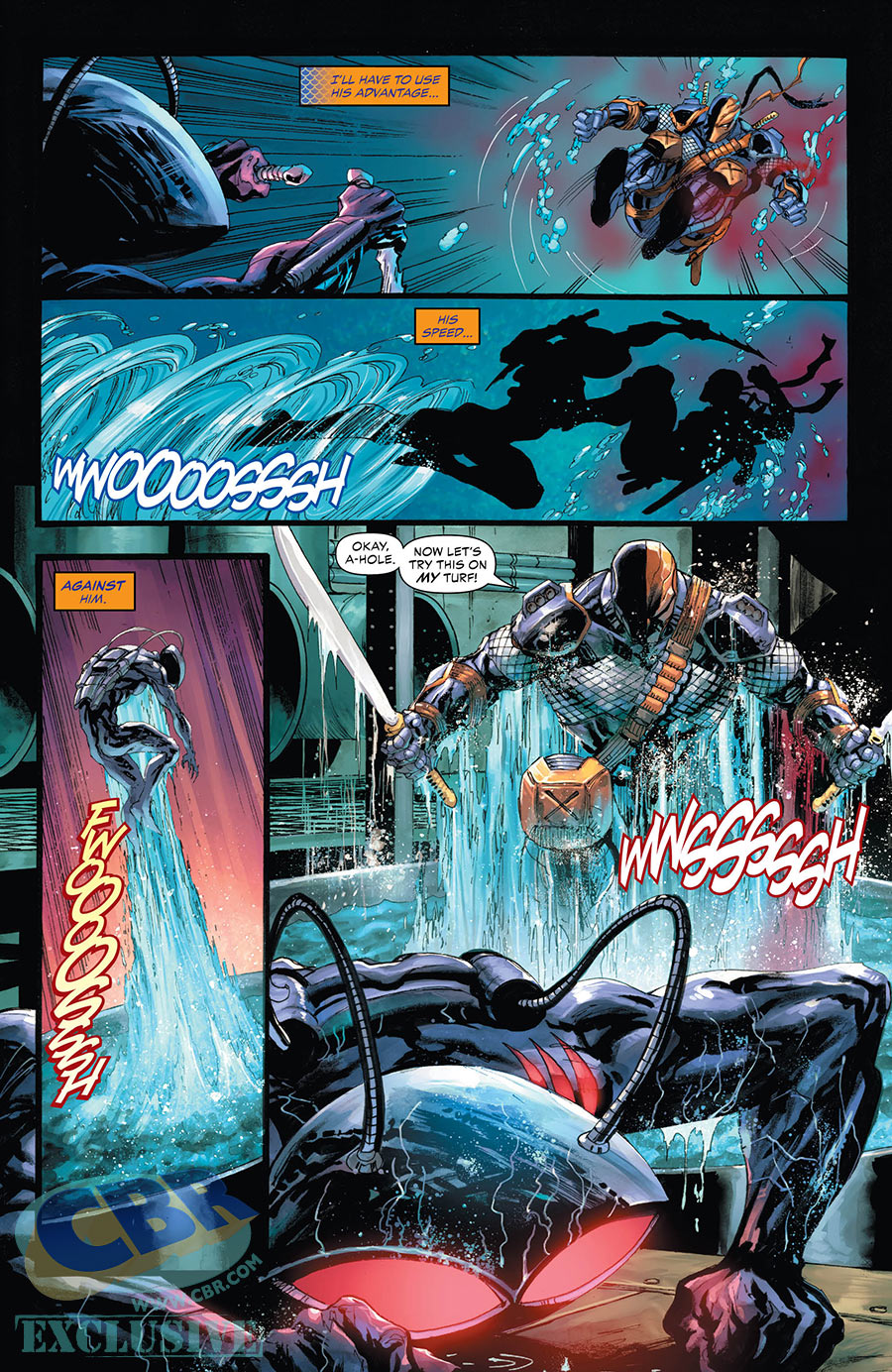 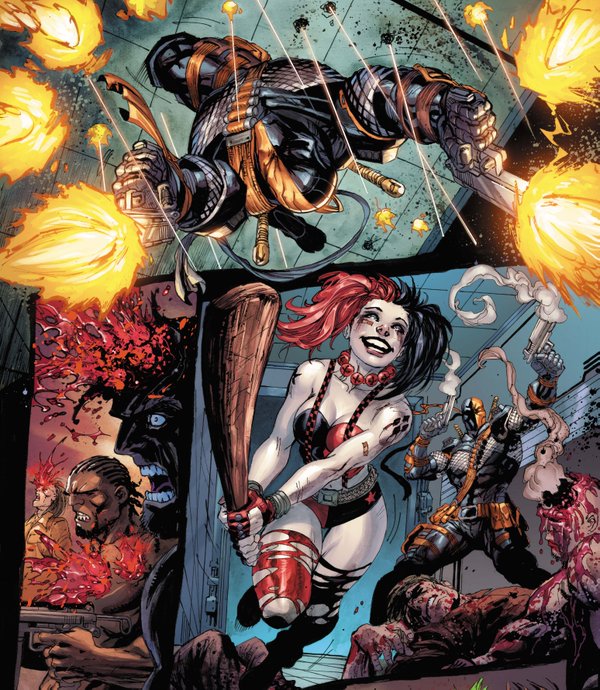 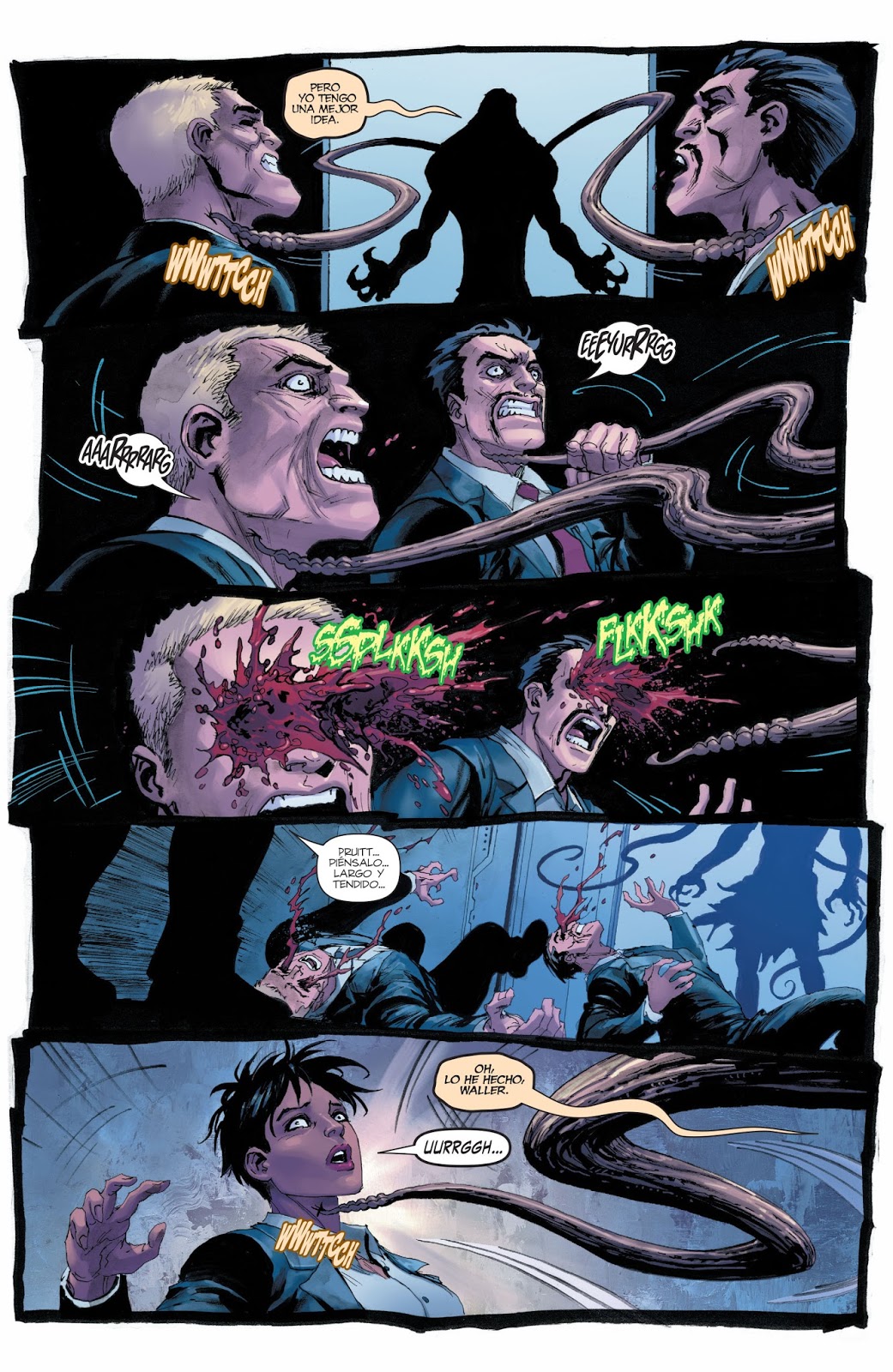 Upon entering Waller’s office, they find another surprise: a string of dead bodies, all with their eyes gouged out. They were left in the wake of Spaulding Pruitt, a.k.a. Snakebite, who apparently has his own plans for killing Waller.
The issue ends as governmental backup support arrives on the scene, but the real surprise is the appearance of Catwoman on the final page.
As mentioned above, this current storyline and its interactions with the Suicide Squad is a lot of fun, but the artwork, which is superb, might outshine it all. The artwork of Tyler Kirkham and the added dimension of so many villains makes the anticipation of turning each page one you won’t want to miss.
My rating: