The Motherly Mobster, Ma Parker, plagues the Dynamic Duo in the first part of Batman ’66 #29. Ma Parker is bent on a quest to break her children out of prison. Pretty Boy and Mad Dog are first, however, Ma soon grows her crew. Parker breaks loose some familiar faces:  Solomon Grundy, Killer Croc, and Killer Moth. The jailbreak is a ruse, however, as Ma simply wants to have her family reunited – in prison!

Ma Parker has always struck me as an unassuming, but deadly villain. Family is primal and Parker will stop at nothing to have her children together. This drive makes her an interesting character. One can see, and almost agree with, the motivations behind her pursuits.

The first part of Batman ’66 #29 is roughly drawn. Batman and Robin’s facial features were unfortunately disappointing. Batman’s cowl, for example, seemed to have different proportions on each panel. Still, the colors were vibrant and the story was engaging. 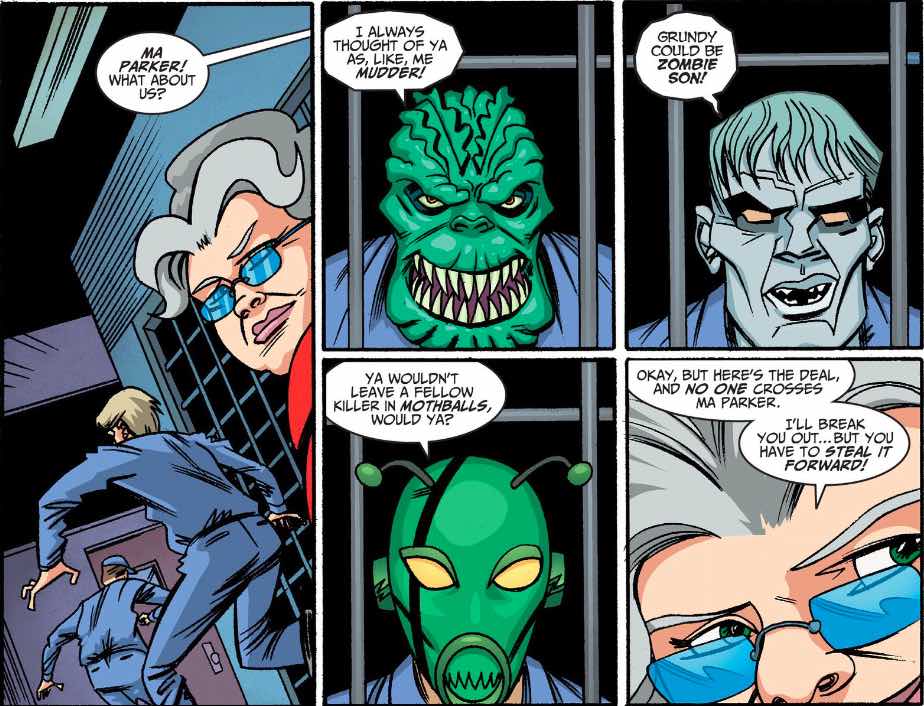 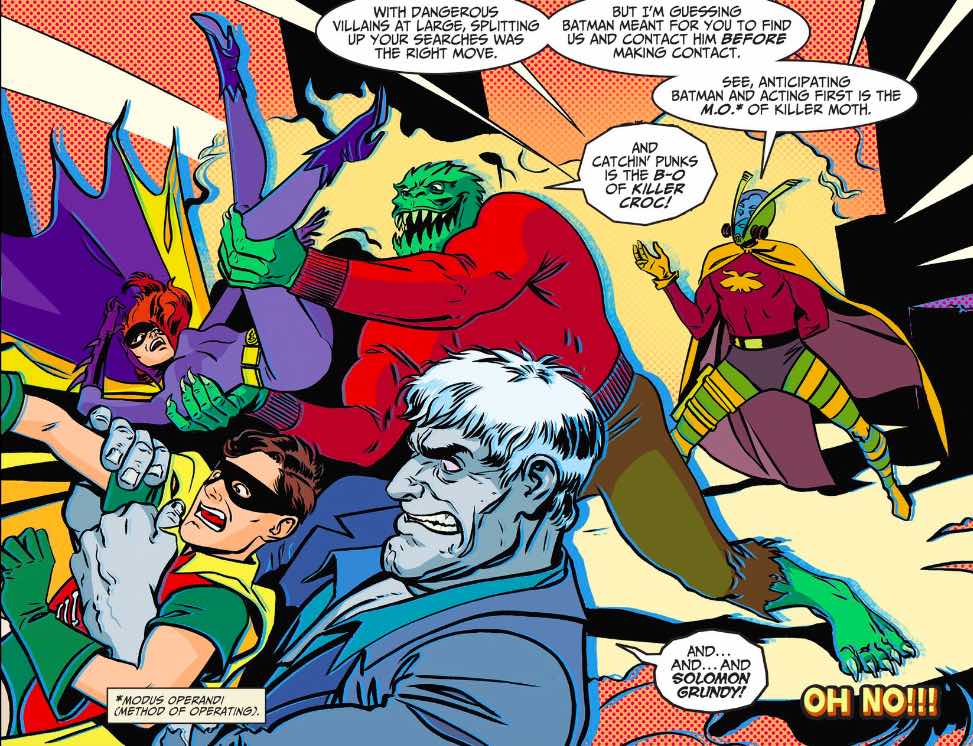 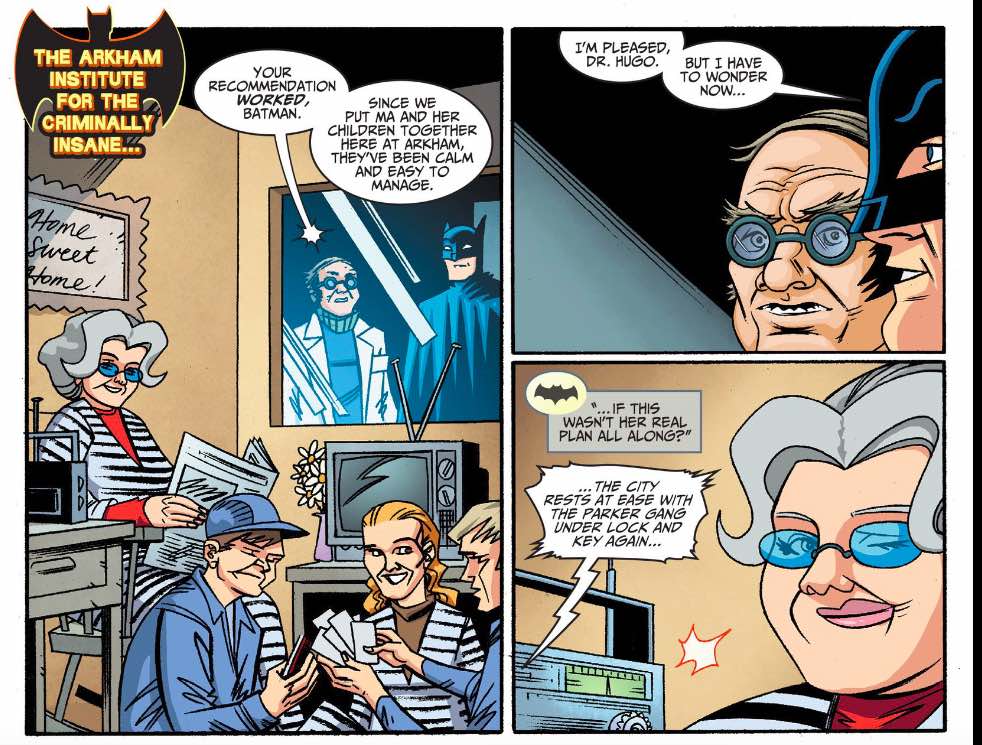 The second part of Batman ’66 #29 brings back a favorite Bat-villian, Catwoman! The issue sees Robin and Batgirl confronted by the recently escaped trio of Killer Croc, Solomon Grundy, and Killer Moth. The two junior heroes are easily subdued. Who comes to the rescue? None other than Catwoman!

Batman ’66 #29 is a tale of two parts. Jonathan Case’s art is incredible. Intricate details and consistent proportions in the second half are in stark contrast to the first. Here, the Batman ’66 team plays on the romantic tensions between the “Julie Newmar” Catwoman and “Adam West” Batman – and it works well. Theirs is a classic, unrequited love filled with nuance and feeling. The only downside to the story is the seeming disregard for the other characters, especially Robin and Batgirl. They serve exclusively as a plot device to get the two major players together. 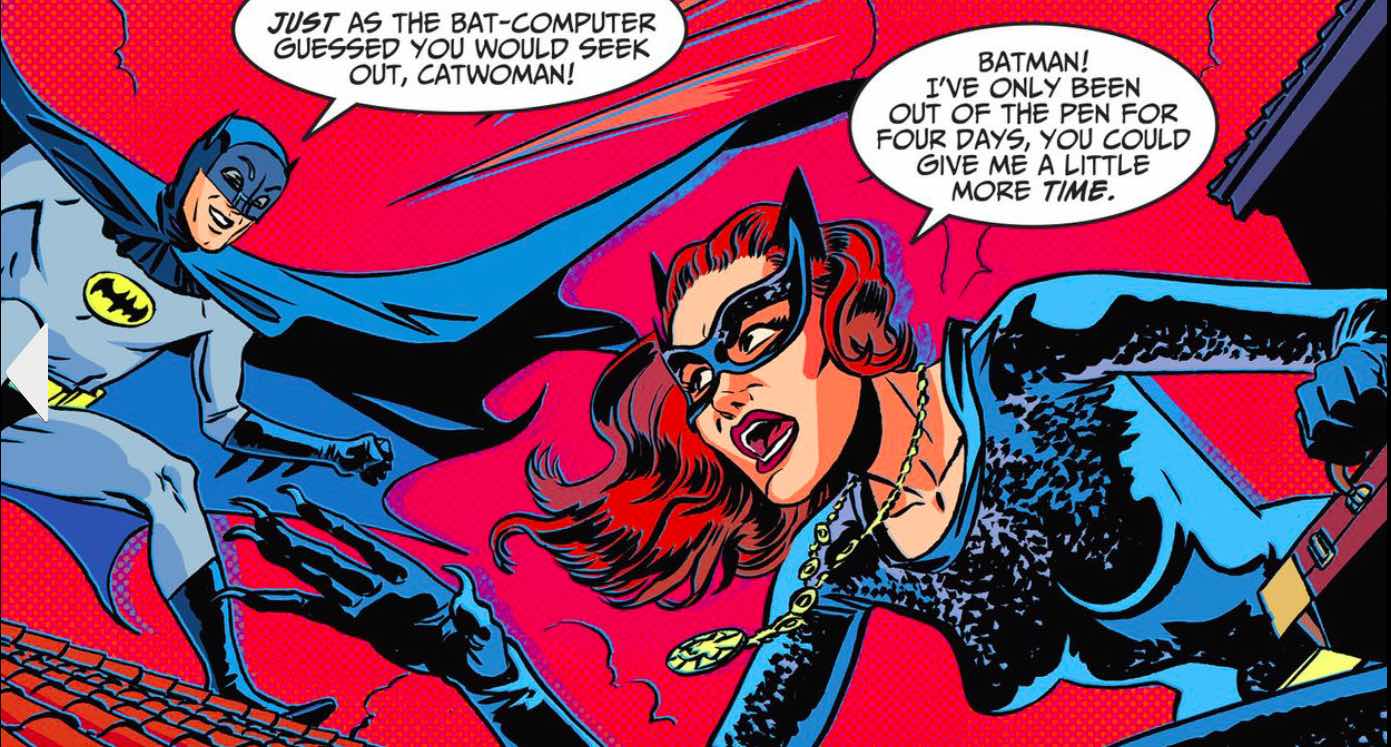 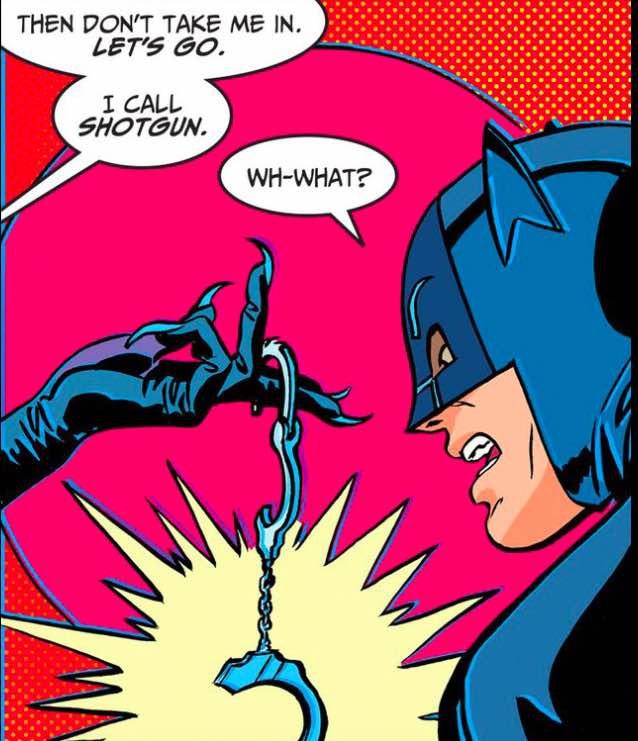 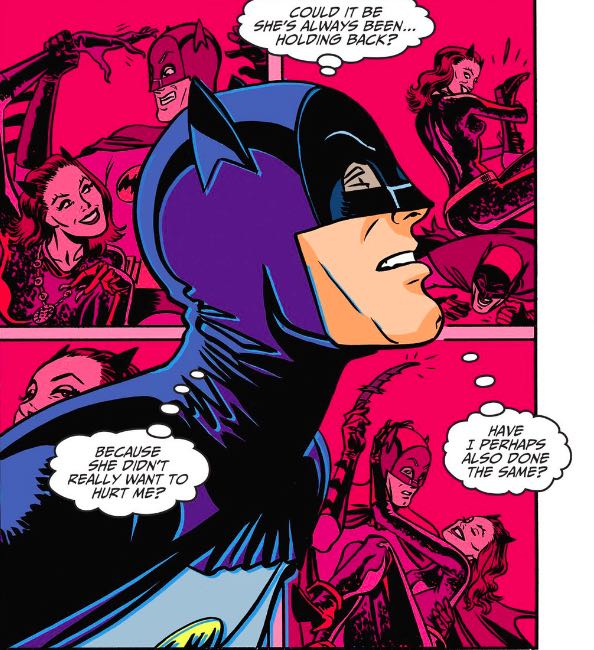 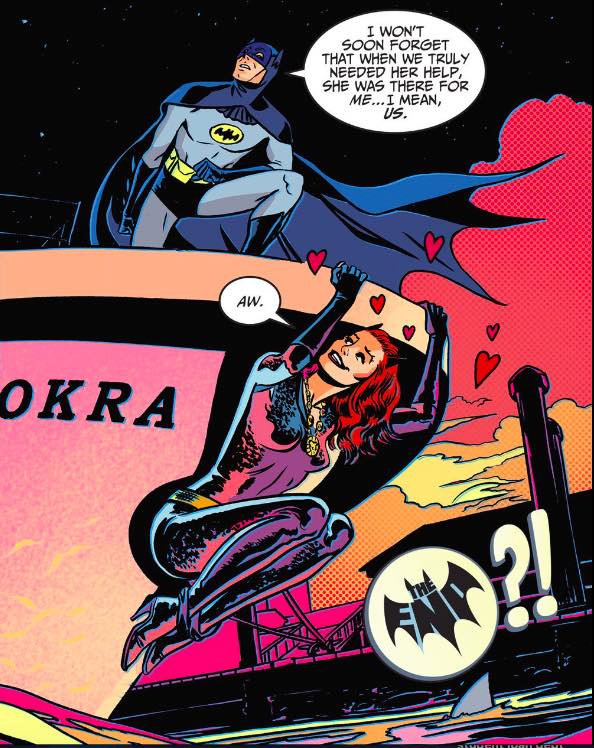 Batman ’66 #29 is a mixed bag with far more good than bad. The story is endearing in the way most Batman ’66 tales are – fun, heart-felt, and simple. The penultimate issue of the series saw one of the most beloved and multi-faceted characters return in Catwoman. Her interactions with Batman were the highlight of the story and really carried the issue for this reader. Jonathan Case’s art shined through and the story was highly satisfying.

Batman ’66 says farewell in issue #30, so check back for our review next month!

Find Out How YOU Can Chat With Frank Miller About ‘The Dark Knight III: The Master Race’