This past Saturday, I had the good fortune of attending the inaugural ComiqueCon, which was held at the Arab American National Museum in Dearborn, Michigan. What made this convention particularly special was that it focused on women in the comic book industry, both on the page and off. Droves of local pop culture enthusiasts had the chance to meet known comic book creators like Alex de Campi (Archie vs. Predator) and Marguerite Sauvage (DC Comics Bombshells), as well as independent creators, and sample the wares of local craftspeople.

The inception of a convention like this is a no-brainer. Supergirl is currently dazzling audiences on the small screen and Wonder Woman and Captain Marvel will make an impact at cinemas in the coming years. Let’s also not forget the incredible popularity of characters such as Harley Quinn and Spider-Gwen. Heck, every comic book that I purchased this past weekend was headlined by a female character and that wasn’t even intentional! A compelling character is a compelling character, regardless of gender. 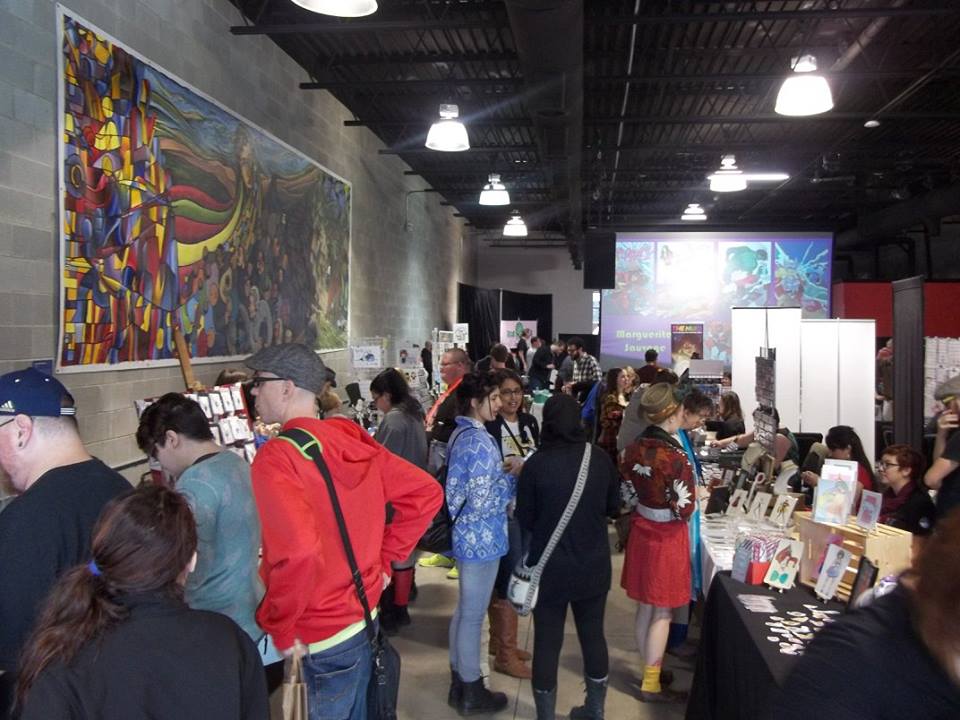 As I somewhat alluded to earlier, an important part of conventions is to celebrate those who put our favorite characters to page. Despite not having read Dynamite’s Sword of Sorrow, I attended the panel and found it entertaining and informative. Writers Nancy Collins, Mikki Kendall, and Mairghread Scott candidly discussed pulp comics in front of a devoted crowd.

On that note, I had the privilege of interviewing Collins, who has penned stories featuring the likes of Batman and Swamp Thing. You can look forward to reading a transcript of our conversation in the very near future. 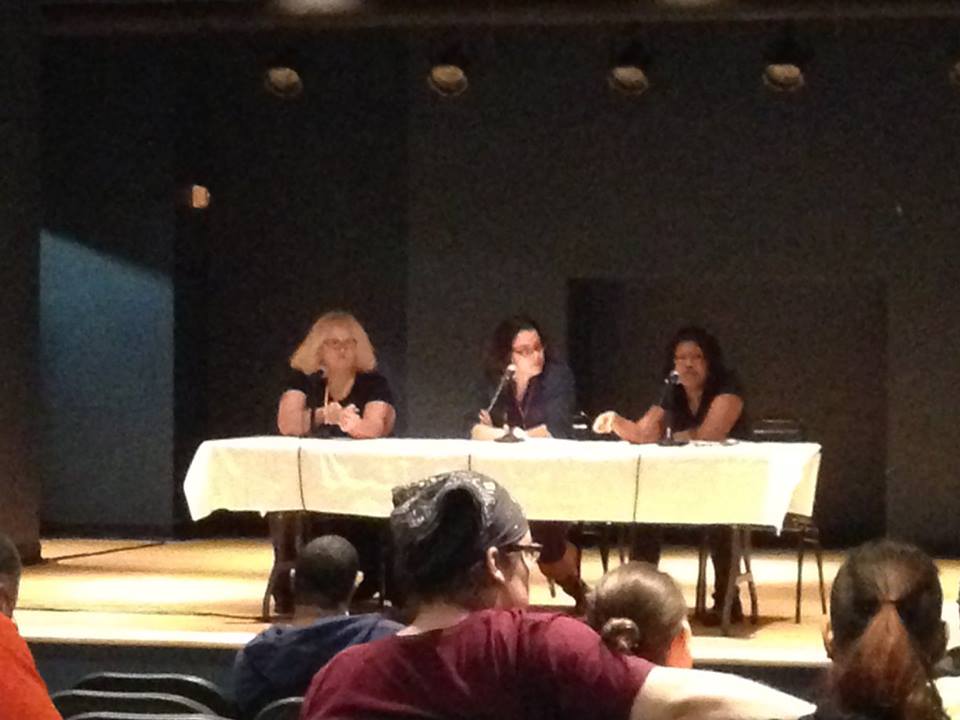 As any devoted DKN reader knows, one of my favorite parts of any convention is the cosplay element. Not only did we get to take in a costume contest, we got to talk to several of the cosplayers on the show floor and I made a few new friends in some very cool people.

While the costume contest didn’t have the largest number of entrants (remember, this was a smaller con), those who entered did fantastic jobs. The big winner was a fellow in the guise of Raphael from Teenage Mutant Ninja Turtles. To say we were amazed by his costume was an understatement.

I would like to devote the rest of this space to both candid shots of our favorites from the show as well as a few of the stage itself. Should ComiqueCon return in 2016 – and I’m sure it will – be sure to venture out. 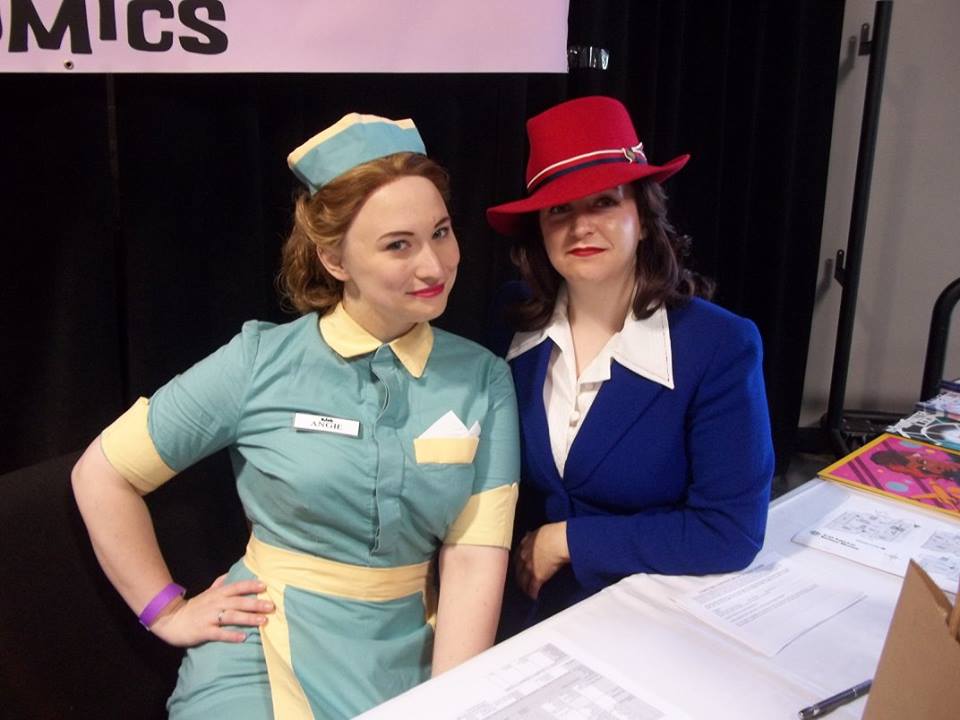 Angie and Agent Carter, our lovely hosts for the competition. 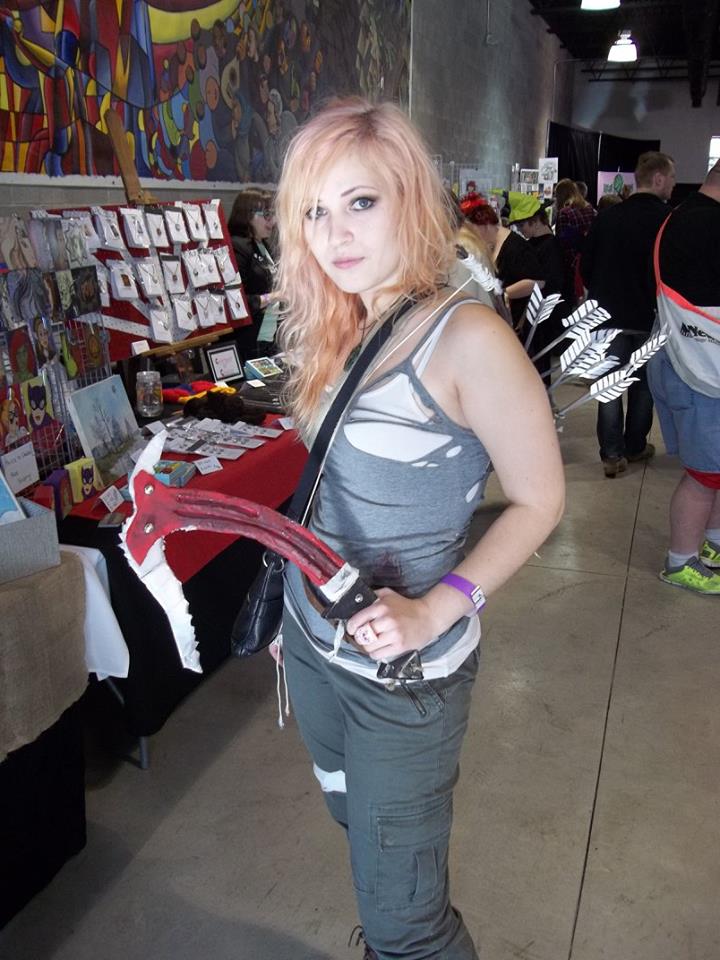 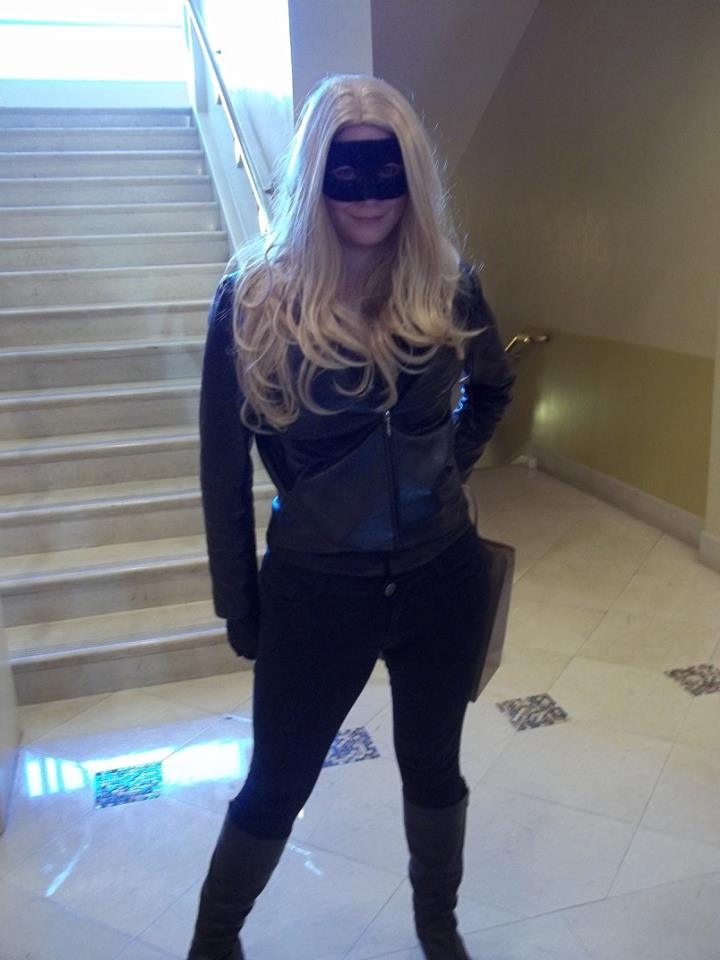 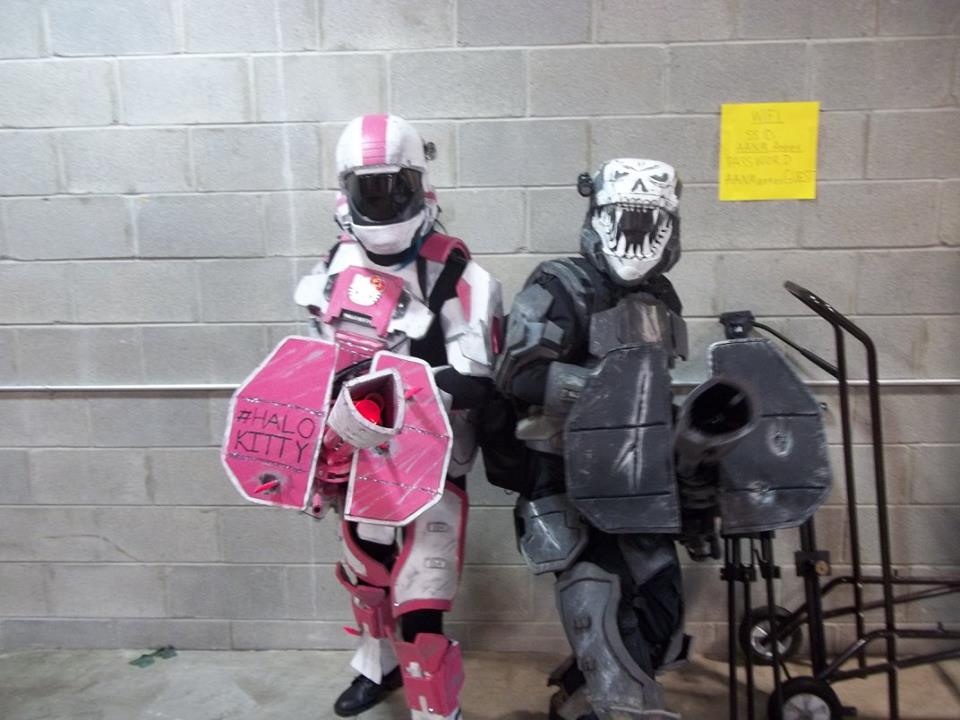 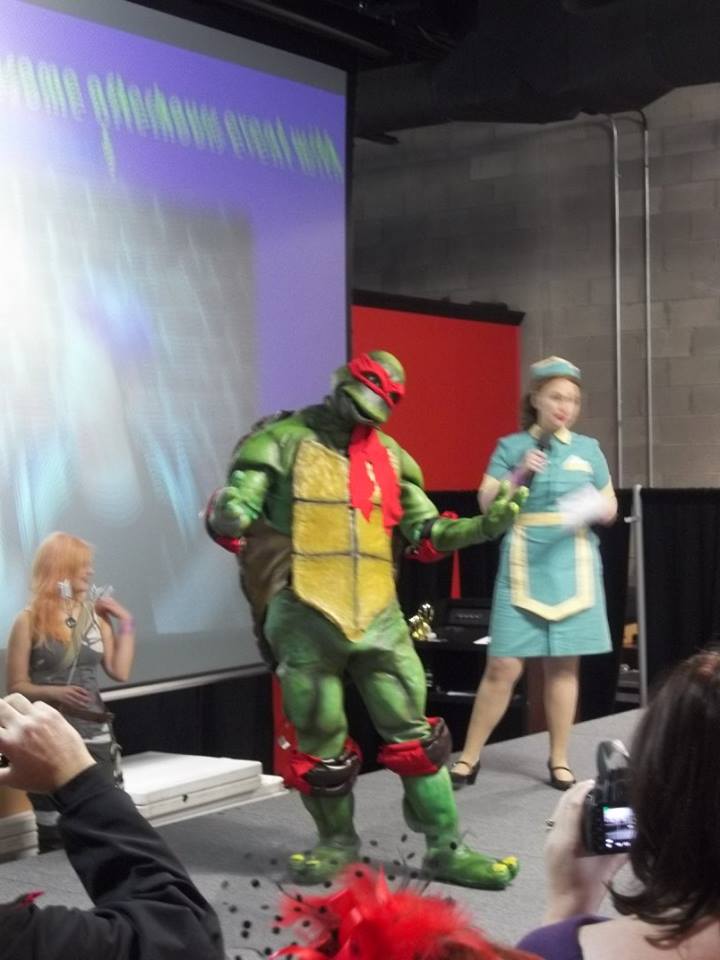 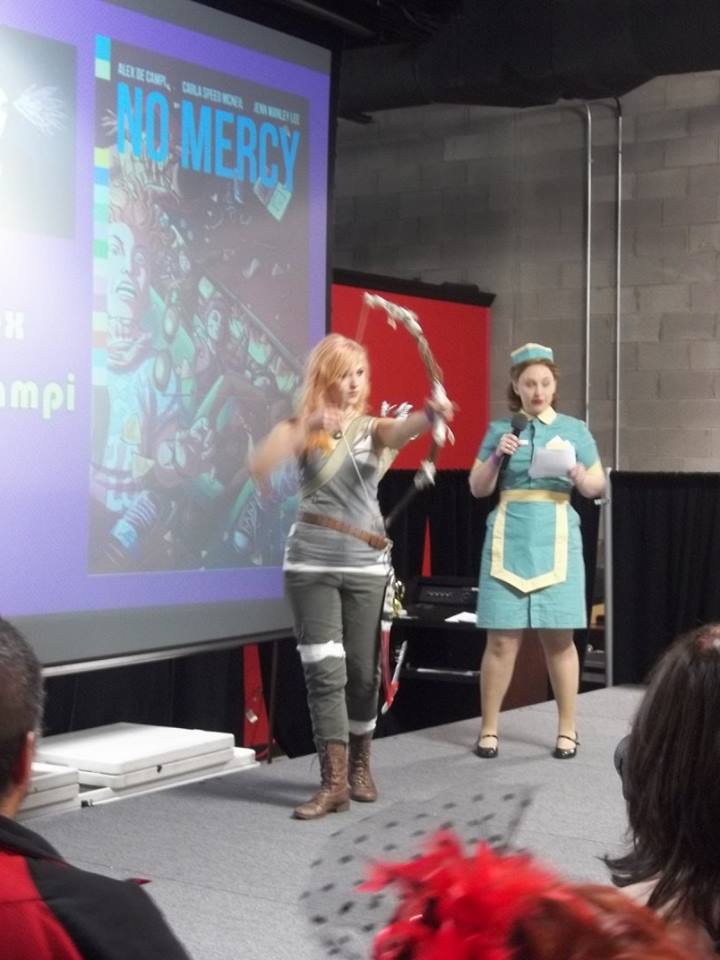 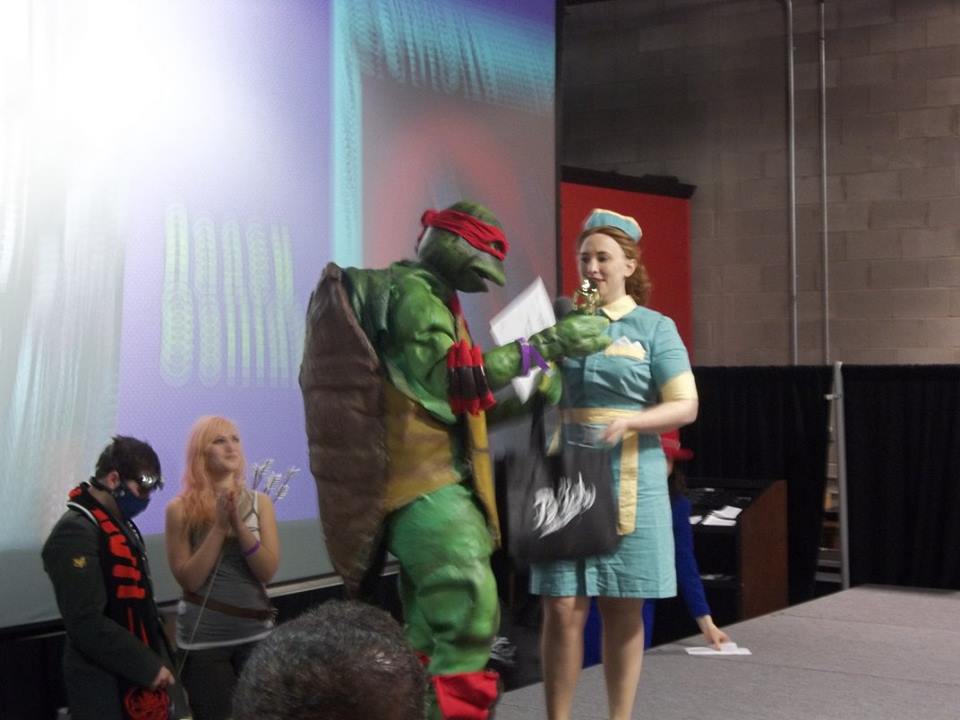