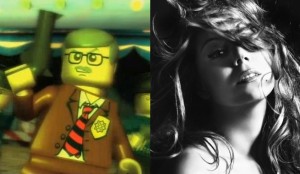 I mean when you think “James Gordon” the first name that pops up in your head to voice him is Mariah Carey, right?

UPDATE: According to The Hollywood Reporter, Mariah Carey is actually voicing the mayor of Gotham City, not Commissioner Gordon. That makes much more sense.

Original Story: Mariah Carey isn’t the first actress I’d think to voice Jim Gordon, but there you have it. Mariah Carey, if she were to join the cast, would be voicing characters alongside Will Arnett, Michael Cera, Rosario Dawson, and more. For the moment though, she’s just in talks, but I can only assume they have a spiffy musical number for Jim Gordon lined up if they want Mariah Carey to voice him. Still, the movie is a while off, scheduled currently to release in theaters on Feburary 10th, 2017.  An unconventional but interesting choice. Let’s see if she accepts the role.