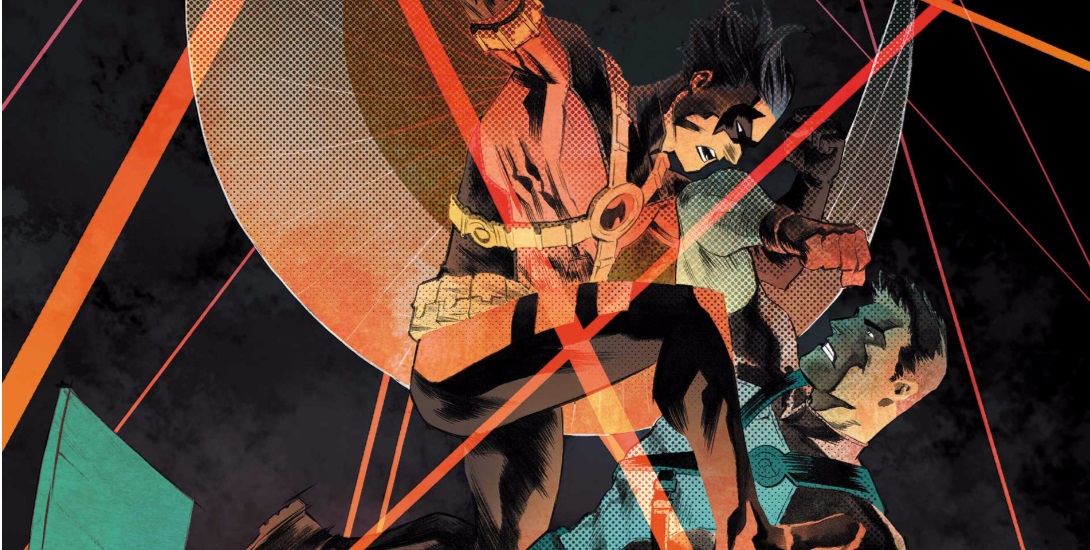 The mystery continues in Batman and Robin Eternal #5 this week. The issue kicks off with another flashback to the Scarecrow incident of years ago, and a little more light is shed on his connection with Orphan and Cassandra Cain. Fast-forward to present time and immediately after the pages of last week’s issue with Dick Grayson visiting Tim Drake’s parents, as an alter ego of course. It hits the fan when Poppy (who?) shows up and goes one on one with Dick until he takes her out. This is when the cover tease comes into play and Tim decks Dick. Meanwhile, we see where Cassandra led Harper, which has a surprise guest inside.

After a strong start, Eternal has dealt back-to-back “meh” issues. Sure, there was a little bit of action this week and we pushed the story forward more, but I just didn’t feel like we needed this much. Surprisingly, the Harper/Cassandra bit kept my attention longer and served its purpose, leaving us with a little bit of mystery. As for the Drake home? Meh. A fight breaks out between Dick and Poppy (again, who?) that creates a bit of a stir for the Drake family that are supposedly in the dark on their son. By the end of the issue, we finally got what was teased on the cover (former Robins fighting). As for the art, we get a rare miss this week with three (3!) artists handling pencils on this issue. I don’t know why the extra, but it makes me feel like DC needed to play catch-up so they hauled in some help. The results? Again, just meh.

Overall, an okay issue at best but can be skipped.